Maybe not the best guide to recovering masculine solidarity

The videos and talks of Father Robert Barron are often very impressive – such as this commentary on gender, and how best to steer a boy toward manhood.

Sometimes, though, Barron concedes way too much to trendy progressivism.  Why would he laud Father Richard Rohr as some kind of model of masculinity? 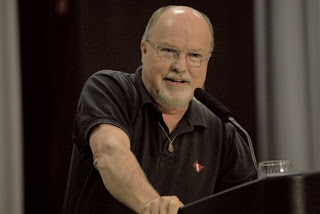 Rohr and his meditation center in New Mexico are hip-deep in a witch’s brew of enneagrams and strident disdain for the teachings of the Catholic Church.  If Rome did a bit more in reining in priests like him, the number of nuns turning feminist somersaults would be fewer.

One further aspect of the kookiness of Father Rohr: he has sung the praises of Eckhart Tolle, a spooky German mystic who is guru to Oprah and other Hollywood folks.