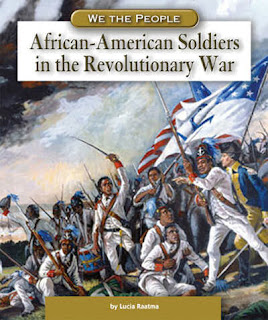 
"...[B]eginning in 1778, the New England states, and eventually all Northern states, enlisted African-Americans, a practice that Congress had initially forbidden. Ultimately, some 5,000 blacks bore arms for the United States, approximately 5 percent of the total number of men who served in the Continental Army. The African-American soldiers made an important contribution to America’s ultimate victory.

"In 1781, Baron Ludwig von Closen, a veteran officer in the French Army, remarked that the 'best [regiment] under arms' in the Continental Army was one in which 75 percent of the soldiers were African-Americans."

In his essay, Ferling also gives the revolutionary militiamen their due (General Washington was no fan): “The militia had its shortcomings, to be sure, but America could not have won the war without it.”
Posted by Farmer at 7:06 PM