"The great evil at the center of our culture is monotheism"

Years ago I remember watching an interview with Gloria Steinem.  She was asked which noxious philosophies she battles against.  Among the list was monotheism.

Albert Mohler describes a Harvard lecture delivered by Gore Vidal in 1992, in which he rallied the secular troops for an all-out war against the three great "sky-god religions": Judaism, Christianity, and Islam.

Feminist and homosexual activists – in their march to the Promised Land – are hell-bent to vanquish any notion of the One True God. 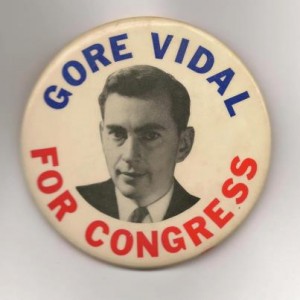