Fall of a hero warrior


A few years ago I was able to attend an Ivy League baccalaureate service which featured General David Petraeus.  He was held in awe even by that crowd. 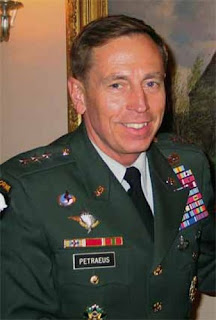 
[In the coming week, Doc Pence will write about the general's resignation; and our duty to shake off our cultural confusion as we build up the Christian brotherhood.

Plus some thoughts of his on J.R.R. Tolkien’s masterpiece, specifically the “liturgical” mission of the Fellowship of the Ring, the nine assorted creatures charged with braving their way to Mount Doom, deep in Mordor.]

UPDATE (Sunday):  From a story about Broadwell and her mentor in this morning’s ‘Washington Post’ –

There were other controversies as well. Former aides say Broadwell’s attire — usually tight shirts and pants — prompted complaints in Afghanistan, where Western-style attire can offend local sensibilities. Her form-fitting clothes made a lasting impression on longtime Afghan hands, and Petraeus once admonished her, through a staffer, to “dress down,” a former aide recalled.

“She was seemingly immune to the notion of modesty in this part of the world,” said a general who served in Afghanistan while Petraeus was commander there.

Officers close to Petraeus grew concerned about her posts on Facebook, which they believed sometimes divulged sensitive operational details. The posts, intended for friends back home, were often playfully written and aimed at showing off her adventures in the war zone.

Some senior officers thought Broadwell, who held a security clearance and had served as an Army intelligence officer, should have known better.


It’s funny that modern women such as her and Hillary Clinton end up carrying more baggage of imperialism and blithe ignorance than someone such as Rudyard Kipling – who spent many years living in the British Raj. 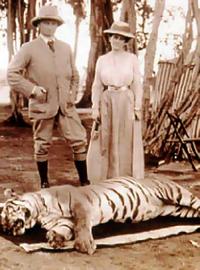