George Santayana, the Harvard professor who died in 1952, failed to appreciate the founding spirit of his adopted country. (Born in Spain, he grew up in Boston.) This essay by Father Longenecker contains a prominent quote by the philosopher. 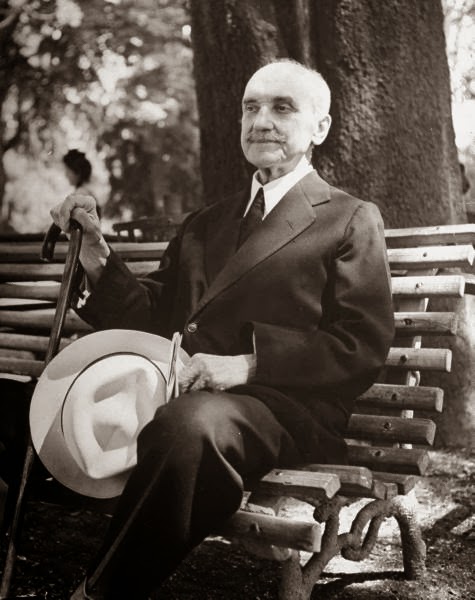 America was not in any way a secular founding, if secular means atheist or materialist. Our history is unabashed Christian and Protestant; and those sturdy believers trusted, absolutely, in the Living Lord. He was a God concerned with the affairs of public men in cities and nations.

We flourished here because the Founders tilled a garden for free churches. When we planted the oak of the Catholic Church -- she grew incredibly well.  America did not corrupt us... we did that.  But, now, we shall reform ourselves and give God thanks for the USA where the Catholic Church flourishes; and the Spanish Catholic and Anglo Protestant cultures will meet to establish the next great phase of Christendom.
Posted by Farmer at 6:18 PM