When 'Time' magazine recently ranked Charles Dickens' greatest novels, this tale of an endless "scarecrow of a legal suit" came out on top. 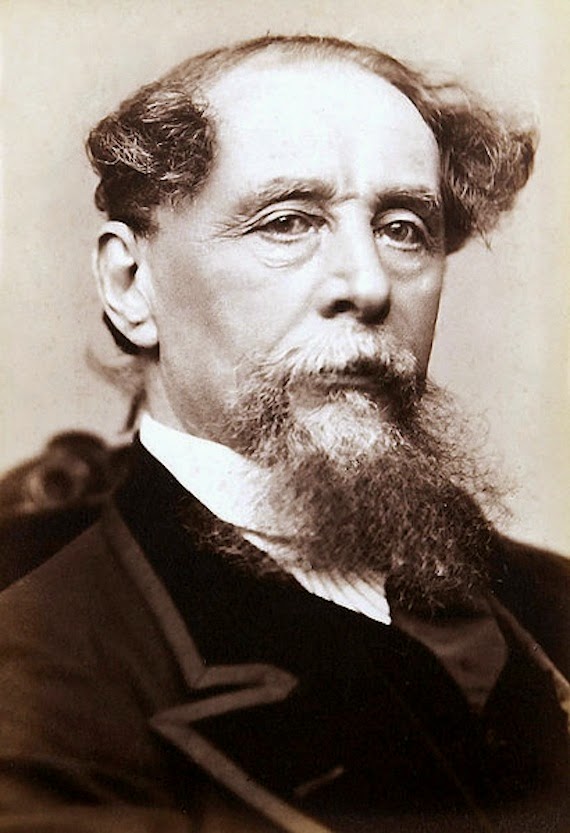 From a review by Grace Pennington:

As with every other Dickens in my experience, I read the first half of the book in about two months and the last half in about two days.  Yes, it takes some time to get into.  But once it sucks you in, there’s no escape.  The compelling situations, fascinating characters, and intricate mysteries keep you turning pages to the very end, and leave you wanting more.

While Bleak House itself is a good place, the word “bleak” in the title gives an accurate description of the book’s tone.  Though Dickens’ usual macabre touch is mostly lacking, there is no denying that it’s a bleak tale on many levels.  But the hope is there, very plainly, alongside the serious warnings.  If I had to label the message of Bleak House, I would say that it is a story that contrasts wisdom and folly.

Capable, conscientious, affectionate Esther Summerson knows nothing of her lineage, having been brought up by her godmother.  Her life is one of misery and solitude until she is placed under the care of her guardian, Mr. Jarndyce, an eccentric, warm-hearted bachelor.  Mr. Jarndyce’s two other wards – cousins Richard and Ada – adore Esther as well, and she finds herself completely happy and loved for the first time in her life.

But the Jarndyce family has a curse hanging over them in the form of a court case – “Jarndyce and Jarndyce” – which has been dragging out for years.  Fortunes have been spent, men have taken their own lives, and it has become the laughingstock of the courts.  No one remembers what it is about, and Mr. Jarndyce would prefer to forget the whole thing.  But when Richard begins to become obsessed with it, Esther and her guardian are afraid it will destroy him.

Then slowly, darkness enters Esther’s own life, in many forms.  She learns of her shameful heritage and her tortured mother.  Illness robs her of her beauty, and she is brought face-to-face with the poverty and tragedy of the poorer classes.  She watches as Ada’s heart breaks over Richard’s folly.  She sees intrigue ruin the lives of those close to her, and learns that people are not always what they seem.

Through it all, her bright, kind personality shines, as she casts sunshine on those around her, always thinking of others before herself.  And she finds that even in the darkness, hope can prevail...

Starkly contrasting is the haughty, anguished Lady Dedlock.  The self-centered actions of her youth bring trouble on everyone around her, cause her constant fear, and threaten to destroy her marriage.  Even when her softer side is manifest, the way she shows it is selfish and thoughtless, with a couple of rare exceptions.  Lady Dedlock is a confused, tortured woman, one whom it is hard to love but very easy to pity.

Then there’s Mrs. Jellyby.  Mrs. Jellyby, mother of eight children, wife to Mr. Jellyby, and obsessed with a mission – Africa.  This woman dedicates her life to Africa, constantly writing, speaking and working, all to help the poor people of Booriboola-Ga be able to have coffee.  Meanwhile, her children get hurt and get into trouble, her house is an utter disaster, her husband has become so weary of life he can hardly hold his head up, and her oldest daughter Caddy learns to almost hate her.  Such a noble woman!  One of the most touching lines in the book comes when Mr. Jellyby pleads with Caddy on the eve of her wedding; “Please, don’t ever have…a mission.”

A couple other characters must be mentioned --

Mr. Guppy is an eccentric law clerk who immediately falls head-over-heels for the astonished Miss Summerson. Take a look.

Mr. Skimpole is a sponger who would have fit right in during San Francisco's summer of love: "I am a child; play with me!
"I only ask to be free. The butterflies are free. Mankind will surely not deny to Harold Skimpole what it concedes to the butterflies!" 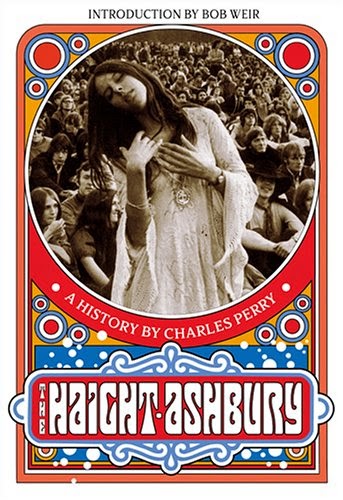 UPDATE: The clip of Mr. Guppy is from the 2005 version. Here is the initial episode. 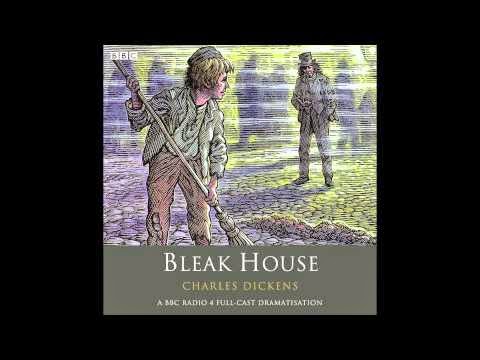 "It is said that the children of the very poor
are not brought up, but dragged up."