Friday BookReview: Remi Brague on the Structure of the World & the Purpose of Man


Remi Brague (b. 1947) is a French professor of philosophy at the Sorbonne and at the University of Munich. He is an expert in Islamic medieval thought and philology. I read his The Law of God, a comparative historical theological reflection on law in Judaism, Islam, and Christianity; and then turned to The Wisdom of the World: The Human Experience of the Universe in Western Thought.

I teach an integrated four-year Catholic science curriculum which begins with An Introduction to the Physical World and ends senior year with a study of The Human Organism. Brague described his project as "attempting something like a history of beings-in-the-world." How men describe the universe ('worldly wisdom') determines how man understands human nature. As Brague explains in his introduction: "[What] enables man to achieve the fullness of his humanity was conceived at least in a dominant tradition of thought to be linked to cosmology." Uncoupling this linkage between the workings of the universe and the purpose of man is a mark of modernity. 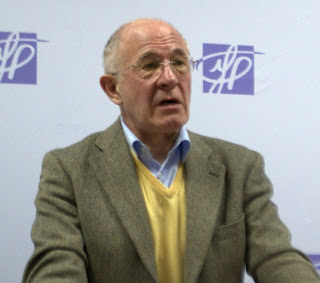 No reviewer can simplify and order Professor Brague. One must describe a symphony, and then marvel at the philology interludes. So, instead of a summary, I will briefly describe two historical traditions of integrated cosmology/anthropology and two ruptures of the synthesis.

"The cosmology of the Middle Ages lies between Timaeus and Abraham." The Timaeus dialogue by Plato (360 B.C.) is concerned with the nature of the physical world and man's place in the larger reality. Timaeus proposes that the unregulated motion of the heavenly bodies is the divine order that is to be imitated by man. Man is an upright animal with a neck that bends so he can gaze at the heavens from their rising to setting. These perfect spheres and perfect circular movements present man with a transcendent portion of a hierarchical universe which he can imitate. This allows man to seek what is above, ordering his soul over his chest and his chest over his loins. (The soul commands the heart. The heart obeys the soul and commands the passions. The disordered man -- who becomes more bestial than the animals -- allows the passions to command and is out of harmony with the Universe. He is unto himself -- the literal meaning of idios -- an idiot. Brague mocks "silly Promethean tirades" as he labels disobedient man, not a hero, but a deficient man).

These formulations are not all in the Timaeus dialogue itself, but they all spring from its basic sensibility. For many ancients, the stars were animate beings possessing higher souls than man. The celestial bodies were not commanded, but self-regulated. Man found his place in the command structure by "studying the sky" (or "contemplating the heavens.") This was a fundamental cosmological/anthropological synthesis.


Brague presents both Aristotle and Socrates as dissenters from this synthesis. Aristotle built human morality around phronesis -- a practical wisdom needed in ethical and political life. This kind of wisdom owed little to the larger "wisdom of the world." Aristotle had much to say about the structure of the world, but his moral arguments about ethics and politics did not rest on the structure of the world. In this, he was like Socrates and unlike Plato. Socrates was dismissive of the skies as a template for human happiness and morality. The study of good and evil was not to be found in physics (the study of nature), but in the polis where man learns about being man with his brothers. Brague writes: "For us viewing physical things as axiologically neutral has been a given for a very long time. We no longer see that such a conclusion had to be taken by force... (that was) the 'Socratic revolution.'" This is not a compliment. Here we have a subtle hint why so many anthropocentric humanists and boosters of 'Western Civilization' idolize Socrates, while downplaying the larger narrative and metaphysical actors of Christianity.

The monotheistic religions all postulate a radical connection between the nature of the cosmos and the meaning of man. The "excesses of Abraham" include: 1) God alone is the Creator with nothing limiting his free will; 2) the world had a beginning in time; 3) the creation of our visible world was preceded by that of an invisible world of forms or angels who are intermediaries of a continuing creation; and 4) the visible world is ruled by a teleology focusing on man that recapitulates all of creation in sin, but also of the resurrection of the body ultimately focusing everything on God alone.

Brague says that after Abraham the way the world manifests God is authentic but "nature is no longer how God reveals himself the best. The Revealed Law (for the Jews) and the Word Incarnate (for the Christians) say much more about God than does the world."

Brague calls Saint Augustine a "cosmoclast" because he held it was not necessary to know the structure of the world as long as one knows the Creator of it. The study of the world was not prohibited but it "loses a good part of its interest." (This tendency is alive and well in Catholic philosophy and theology departments at our universities which are staffed by men abysmally, often invincibly, ignorant of basic physical sciences.)

The introduction of the Creator, utterly apart from creation, dethroned the stars from their lofty, often divine, spot in classical cosmology. The Incarnation reconfigured the stars beginning at Bethlehem. The stars were de-animated by Albertus Magnus (teacher of St Thomas Aquinas) who said the celestial bodies are "deaf and mute."

Much earlier, Moses warned: "And beware, lest you lift up your eyes to heaven and when you see the Sun, the moon and stars, all the host of heaven you be drawn away and worship them and serve them, things which the Lord has allotted to all peoples."

Just as crucial as dethroning the stars in space was the religious revolution in concepts that would be played out two millenia later in the twentieth century as the Belgian Jesuit, Georges Lemaitre, argued for a beginning of matter (the Big Bang) against the steady-state infinite Universe concept of materialist physicists Hoyle, Einstein, and Hubble. Brague emphasizes what can easily be ignored: "The concept of world, until revealed religions, belonged in the realm of nature. With those religions it entered into the realm of history." A change in vocabulary is a sign of this. The world can also be referred to by a temporal name -- saeculum -- the age.

The World was one with Nature, but with revealed religions the cosmos is placed in time. The historicizing of the cosmos will feature the act of creation, the fall and subsequent incompleteness of man in the world, and the redemption culminating in the final tribulation and resolution ending the world as we know it. The world can still be studied and contemplated but now it receives its totality as an act of God's Will.

"It is indispensable to consider all beings as they really are," said the Jewish philosopher Maimonides. "Astronomy and natural sciences -- those are matters necessary for the apprehension of God's governance as this relation is in truth not just imaginings."

The idea of imitation of the world is no longer seeking to imitate the regular and perfect movement of the celestial spheres, but to obey the Will of God who created and ordered the movement of those spheres for a purpose with tiny man as a major teleological actor.

While Catholic and Jewish thinkers may have de-emphasized the study of the world for higher pursuits, they never sundered their understanding of the cosmos from their description of man. That becomes a very different story for post-Reformation Christianity -- a development not dealt with by Mr. Brague. (See 'Karl Barth's Failure' by Matthew Rose and The Unintended Reformation by Brad Gregory).

The sundering of the cosmos from anthropology by atheistic moderns is the subject of Brague's final chapters. Modern man can see that the stars are not a perfect set of spheres in perfect order. They are nuclear furnaces, dissipating, forming elements while dealing death. Every particle of matter is obeying physical laws but the laws are leading to cold and isolation. This cannot be imitated or we must quit on life. So the modern world posits a cosmos that is, at best, ethically indifferent and in most instances actually hostile to life. The perfect movement of perfect spheres is untenable as multiple phenomena in outer space, forever inaccessible, are occurring. The "sky died" as it was shown to be governed by the same physical laws as the earth. The falling apple explained the revolution of the earth around the sun. The imitation "of Nature known too well" becomes "shocking for the Moderns." 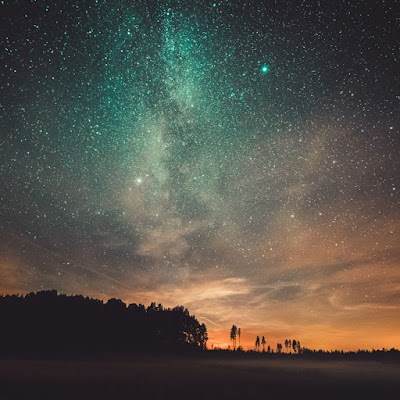 The seemingly more accurate view of the animal world as a battleground presented by Hobbes and Darwin, as well as Sade and Marx, was a model for criminality and competition -- not communion and transcendence. The new rebels of the biological, political, and psychological arenas wrote as if God did not exist. But they also ran from the whole cosmos. They shielded their eyes from astronomy and causality in the pre-human physical world as they formulated their new "world" visions. Their mini-Socratic revolutions made man the creator of a new material world with an embarrassingly limited picture of matter. Their worlds were no longer real totalities. It is one thing to have to suffer the foibles of Darwinistic evolution, Marxist history, and Freudian psychology. But to suggest these men see a larger world than a peasant kneeling in prayer says more about the loss of nerve among Christian intellectuals than any deficiency in Christian metaphysics. Remi Brague suffers no such loss of nerve. He has that large soul (the meaning of 'magnanimous') which distinguishes man as the creature who can observe and participate in the deepest manner in the totality of being.

There is a solution, says Brague. God, man, and the world must all be accounted for. The subjective world of the minds that we enter into contains both "our cradles and the galaxies." Above all, the world is not limited to the physical mass weighing upon us. The world must embrace a totality; and the mass in the universe is an awful lot of expanding matter but it is not a totality. "Forming a relationship between an idea of the world and anthropology does not consist in rejecting the infiniteness of the universe for the warm intimacy of environment." A cosmological anthropology or an anthropological cosmology can be reasserted in "an even tighter bond."

Professor Brague does not conclude by explicitly coupling Christian metaphysics with modern astronomy and biology as the source of "a dual reformulation of world and man conceived in their reciprocal relationship." He has left that proposal to his reviewers and fellow educators.

UPDATE: Check out this interview with Mr. Brague, conducted in the spring of 2016.

Email ThisBlogThis!Share to TwitterShare to FacebookShare to Pinterest
Labels: Book Reviews, Nature and the Sacramental Order, The Human Organism