When 42-year-old Omar Gonzalez ran across the White House lawn on September 19, 2014, he entered the front door and overpowered the female guard on duty. He, then, was able to penetrate deep into the mansion before a man tackled him and stopped the intrusion. We don’t know all the details, but the fact that the vanquished guard was female was soon removed from the stories of major newspapers. Anonymous White House spokespersons said her gender was irrelevant. The first-ever female head of Secret Service who resigned last week got her promotion the old-fashioned way -- when a sex scandal removed a host of men from the service and she was selected to give the agency "credibility." Was her failure to protect, and the female watchman’s lapse, a quirk of fate or the fitting fruit of our age?

The same God who endowed humans with the gift of life has also hard-wired our social nature to protect life in the face of danger and evil. The God of Nature and History knew there were both evil spirits and natural dangers. So, in fashioning humans, He imprinted us with the ability to form bonds of love and protection. He made motherhood and he made male protective groups. Males form protective groups to act in a contested world of foes. Our national love of pro football is an emotional testimony to this historical reality -- even during the silly weeks of the season when the warriors are forced to wear pink.

The great generational error of American public life has been the banishing of God as the primal social glue of the nation, and the deliberate inversion of the sexual protective order. Like many American errors, this started with an excess of good intentions and ended with a tyranny of thought-control enforced with a maze of regulations. We thought by banishing God we were respecting the religious liberty of the atheist; and by banishing sexual differences we were completing the civil rights movement, this time for the "sexually oppressed."

But the American order which set men free for the highest of loves has been perverted. The God we are meant to serve has been banished from places of public honor. His name is everywhere taken in vain. Public thanks to God -- the most natural and human of all activities -- has been outlawed as coercion of atheist bystanders.  The liberty of publics to acknowledge the Living Presence of God -- a shared practice that distinguishes us from chimps -- has been sacrificed to an autonomous individual who will not honor God when others do.

When men lose their sense of the sacred Other, we soon lose our general ability to make fundamental distinctions -- most notably the sacred differences between men and women. A man who has lost his awe of God will be baffled by covering the female as a religious sign of purity and the interior life. To paraphrase Saint Paul to the Romans: when men substitute their wisdom for God’s, then men will become so disoriented as to lie with men as though they were women. Our sexual confusion was preceded by our loss of the Sacred. It further turns out that sexual confusion is very dangerous. Or as my daddy used to say, "When men lose their headship to the tribe’s women, they will eventually lose their heads to another tribe’s men."

Different tasks require different kinds of communal association. Breast-feeding calls for a mother and child; procreation, a husband and wife; and social protection is best done by a male group, often a very large group. Men excel at forming large groups because brotherhood is fed by task completion, not by intimacy. To safeguard a culture of life, we must rebuild a culture of protection. We do that by honoring motherhood, and reconstructing the multicolored masculine brotherhood of American men. Consider these three arenas where the masculine bond is the missing answer to social breakdown.

1) City fathers could calm the streets of Ferguson, Missouri, by welcoming the young men there to share in the common protective duty of male citizens as the proper entry to American manhood and social identity.
2) Men socializing together strictly as men and fellow citizens across party lines in the House and Senate could restore the legislative branch of government.  A crayola-painted “No girls allowed” sign might remind us all that our forefathers were not unevolved bigots waiting for the enlightenment of the 1960s.  They were American brothers and fellow citizens who engaged in the high masculine calling of political statesmanship.
3) At every level of our military, police, and protective forces the reinstitution of masculine groups under a male leader must be allowed to form as the most effective and natural fighting force in human history. When Christ set out to dethrone Satan, he didn’t form a power couple with Mary Magdalene. He picked twelve men and named Peter their head. 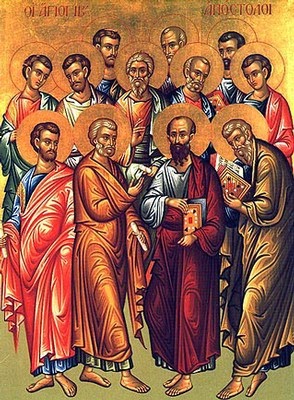 When American men were integrated across the color line in our military and sports cultures, both baseball and the Army got stronger. We improved in fighting and competing. We bettered ourselves by acting (in the words of Scripture) "as one man." The ideologically enforced elevation of females in male political, protective, and religious roles has had the opposite effect. The dissipation of our State Department, the emasculation of our military service academies, and the collapse of the White House security detail have exposed the folly of the experiment that substituted female careerists for statesmen and warriors. This masquerade party is not a continuation of the black civil rights movement, but its betrayal by the self-absorbed preening of spoiled white girls.

This forty years of wandering in the desert has been the work of both parties as power couples of the political elite and the careerism of their daughters has replaced the masculine group rituals for establishing hierarchy and excellence to lead the male group.  American men fought for “equality among men” so our political hierarchy would be based on merit and character. The cultural and legal assault on male groups has especially deprived us of the oldest political form -- the male orator calling the men of the polis or tribe into fraternal unity. The destruction of all-male institutions, from Rotary Clubs to the service academies to combat forces, has been a bipartisan blood sport only matched by the fervor of feminist English departments in abolishing the representative male pronoun.

Within a decade of the presidential election between Democrat Bill Clinton and Republican Bob Dole, each of their wives was elected as a senator in  a state controlled by their party cliques. Republican careerists battle Democrat careerists, and they besmirch the honorable masculine craft of fraternal civic life by christening their self-seeking as "politics." If a man today spoke in the manner of Washington, Jackson, Lincoln, and Kennedy -- as men across party lines to "my fellow countrymen" -- what shrieks we would hear. Would we rejoice that a leader is evoking the public fraternity always needed in times of crisis? Or would someone shout "patriarchy, old boys club, male privilege," and send the man stuttering and stammering looking for a female running mate.

The American spiritual movement for interracial brotherhood under God can calm our streets at home and pacify the periphery abroad.  Shared duty binds the men of our country as brothers. Together as older men and younger, black, brown, and white -- we can solve the spiritual, intellectual, and physical problems of our beloved country.

Let us pray for our President who now, more than ever, needs his brothers to help him fulfill the duties of his office. Let us respect his office and so honor our forefathers and the flag that makes us one. Let us be spiritually renewed by conforming ourselves to God’s will and shutting our ears to the Father of Lies. That old trickster condemns the Christian forms of love: male brotherhoods and male/female marriages. That "murderer from the beginning" has perverted the natural force for love and protection of maternity into the most hideous form of domestic violence (abortion). He has desecrated brotherhood with a celebration of incest, and shames men who condemn these abominations as bigots.

Like the men of Israel, let the men of our land repent our many sins and let our voices stutter no more. In the words of the spiritual:

Rise up, O men of God!
The kingdom tarries long.
Bring in the day of brotherhood
And end the night of wrong.