It started with overthrowing patriarchy. The rule of the father is of course grounded in the deeply Christian understanding that the Trinitarian God is Father--a loving Protector and Authority who should be worshipped, thanked and obeyed. What His Son did, we should do as well--obey the Father; submit to the patriarchy. This is how we reverse the atomization of original sin and restore our interpersonal communal nature.  "Original sin" said Pope John Paul II attempted "to abolish Fatherhood." The bumper sticker said, "Well behaved women don't make history" so the modern Eves rejected the two petitions of the Our Father saying God's will and rule should be extended on earth as it is in heaven.  Overthrow the patriarchy! Hundreds of male theologians joined the revolution  saying God has no gender.
Step Two was abolishing all male institutions from seminary education to the military officer schools to civic service clubs, to fire stations,  to the Boy Scouts. The all male group was seen as a social evil to be destroyed. The male female singular character of marriage could not be assailed until the all male corporate character of civic, religious and workplace brotherhoods were undermined. Patriarchy and Fraternity are the Christian forms of love that turn boys into men and teach them to be protectors of women and reserve conjugal relations with a woman only after a formal ceremony of  giving consent called a wedding. The Marian ideal of virgin, mother, and Queen evoked from Christian men the chivalry of knighthood codes, courtship rituals, and the ethos of the gentleman. Let us return to our Christian roots.
The leadership of the Chinese Communist Party in 1978  repealed the disastrous ten year social experiment called the Cultural Revolution (1966-1976). It had been led by teenage rebels, Mao Tse tung and his ambitious careerist wife, Jiang Qing. The adult men led by Deng Xiaoping returned to power in 1978 after the death of Mao Tse Tung in 1976 to arrest Madame Mao and reestablish legitimate authority.
We need an American repeal of our own peculiar era of sexual chaos that so desacralized our interpersonal relationships. The Sixties Sexual Revolution was not the completion of the Christian civil rights movement but its betrayal. We have our own Madame Mao. We must learn from the Chinese. We cannot go half way. It was a disaster. It hasn't worked-especially in our clergy, military, policing, and political institutions. We must not be overwhelmed. Let us restore first in our own language, our prayer lives and our own imaginations, the sacral order underlying sexual harmony. Drugs confuse the intellect. Prayer orders the soul.  Patriarchy, fraternity, marriage, motherhood, and virginity. Remove the feminist implant and the atheist cataract! Celebrate the fundamental categories of religious and sexual order.  No stammering and apologizing allowed. 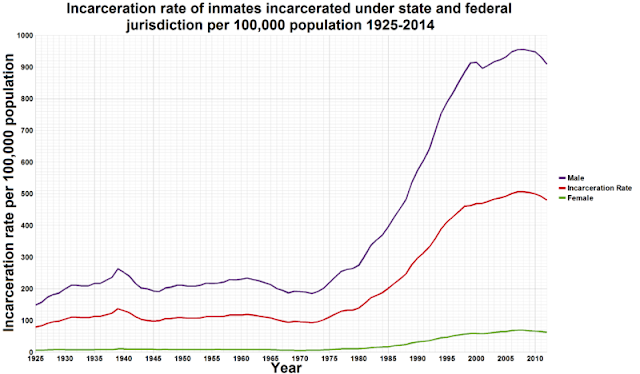 THE REFORMATION THE CHURCH AND THE EUCHARIST: Abandon the Mass and Unitarianism is right around the corner. The Eucharist is the real locus in the battle about the Incarnation.

KEEPING THE LORD'S DAY IN POLAND: A bill to limit Sunday commerce.

THE POPE: and the Our Father.

HOMOSEXUALITY IS A SIN AND SHOULD BE OUTLAWED: Did Roy Moore say that - Yes indeed.  A messenger compromised so the message didn't quite resonate. When will a southern black Democrat like Charles Barkley make a manly Christian case for care of the poor and racial integration  without a blurring of sexual differences or a repeal of sexual morality? How did the rich urban homosexuals and college feminists  hijack the real civil rights movement for interracial brotherhood and marriage born in the Baptist Bible Belt.

FITNESS FOR THE SENATE: The Kennedy-Moore axis.

FEASTS THIS WEEK:  Hannukah :the eight day remembrance and thanksgiving for the restoration of the sacred by fighting fathers and sons after a great desecration. It certainly is not the Jewish Christmas and it really isn't mostly about the oil miracle. For North American Catholics, this is becoming a major celebration.     Our Lady of Guadalupe: Queen of Mexico and Our Lady of the Americas.

SAUDIS, ISRAEL, AND PALESTINE A CONVERSATION WITH JARED KUSHNER AND ANOTHER WITH REIDEL AND FRIEDMAN: The "Trump team" trying to make the deal between Palestine and Israel is three Orthodox Jews and a Coptic Christian. Interesting conversation. Bruce Reidel and Tom Friedman on Saudi Arabia.

Bruce Reidel on the Saudis after his recent book. He says the legislative and judicial branches of American government are turning against the Sauds. Muhammed bin Salman is deeply unpopular in the royal family. There is high probability that he would be assassinated if the King died today. MbS foreign policy is a disaster. Yemen is Mbs signature policy. It is a military quagmire and the greatest humanitarian disaster in the present world. GCC is dead because of Qatar blockade. Saudi foreign policy is much more sectarian than anything since second Saudi kingdom in 19th century. Removing the experienced Muhammed bin Nayef as Crown Prince for a 30 year old relative substituted kin for a legitimate anti terrorist hero. The sectarian part of the Wahhabi code is being pushed harder now than ever. Parts of the Eastern provinces with Shiite opposition are being plowed under. King Salman rebuilt Riyadh from 200,000 to 7 million people as the "most Wahhabi city" in the world. The Salmans have broken all rules inside the royal family. So where is their support? Reidel hints the obvious. The religious establishment will be the young ruler's base not his enemies. Reidel understands this at a much deeper level than the NYTimes reporter Tom Friedman. When MbS told Friedman that he wasn't trying to reform Islam but return to its original moderation, that didn't strike the religiously tone deaf Friedman as the standard definition of salafism. The Friedman article calling MbS an Arab Spring reformer has made the reporter the odds on favorite for this year's Walter Duranty Pulitzer Prize Award.

Why no Saudigate? A good historical replay of collusion with the Saudi royal family from the Bushes through Clintons to President Trump.

THE UAE AND THE SAUDIS (AND ISRAEL?): A greatly reduced Gulf State alliance. A very dangerous new ally for MbS. The US should not be pulled into this bizarre trap of the young ambitious and doomed MbS with the Iran hating Netanyahu party in Israel.

EGYPT, THE SAUDIS AND ISRAEL - WILL THE GAZA BECOME THE REAL CENTER OF A SECOND STATE? An island swap that cements Israel and the Saudis. Is Jordan becoming the odd man out?

SAUDI CROWN PRINCE BUYS SALVATOR MUNDI: It is difficult to see how this will work out for the increasingly bizarre Crown Prince of Saudi Arabia. MbS is waging bloody war against Shiites to hold support of Wahhabi clerics while he does window dressing reforms to keep NYTimes columnists in the reform column. But dropping 450 million for Christian art when he has arrested a portion of the royal family for corruption can't help his case. Before MbS isolated Qatar, the Saudi Wahhabi clerics denounced the regime as not Wahhabi enough. This picture purchase is important. What it means is not clear. The museum where it will be held is in Abu Dhabi, one of the emirates not ruled by the Hanbali school of jurisprudence. The other is Dubai. MbS is becoming the most isolated Muslim in the Mideast. His increasingly public alliance with Israel won't help.

ORGANIZING SUNNI AGAINST THE SAUDIS: More on the 2016 Conference to isolate the Salafists.

ISIS ERADICATED ON THE GROUND. ISN'T THIS BIG NEWS? It is in Iraq as a national holiday declared. A month ago it happened in Syria. Could this have something to do with Mattis and Trump? The new US military strategy was important. Iran and Russia were even more important to the defeat of ISIS.

A REAL JOURNALIST - THE MOSUL EYE: The man who documented ISIS.

A PROFILE OF A POSSIBLE ITALIAN PRIME MINISTER: He says stop the immigrants. He is Catholic and believes in God but doesn't go to Mass and confess his sins as often as he should.

INDIA: How India sees its role in the world.

IT IS HARD TO GET CHINA TO HELP US WITH NORTH KOREA IF THEY THINK THEY ARE THE ULTIMATE TARGETS OF THE US TILT TO ASIA: John Pilger film - The Coming War on China.

THE US ADVENTURES ON THE BORDERS OF RUSSIA: Remember John McCain saying "we are all Georgians now"?

NADIA SCHADLOW KEY WRITER OF NATIONAL SECURITY DOCUMENT TO BE PUBLISHED SOON: Her connections for future references. The women at NSC under Trump. This is dated but it gives more information than more recent "profiles". The "gender doesn't matter" National Security professionals are doing quite well in the NSC. There are several documents required by law to help plot overall American foreign policy. The Worldwide Threat assessment by the US Intelligence Community put out by our intelligence agencies. Here is May 2017 report. The National Security Strategy is a document to be prepared by the executive branch to outline overall strategy. The Bush administration in 2002 put out such a strategy. The Obama administration outlined their very different strategic approach in 2010 and 2015. The Trump administration will release a NSS document in the next few weeks.
Posted by Andrew Lynch at 9:00 AM