Map on Monday: The Roman Empire 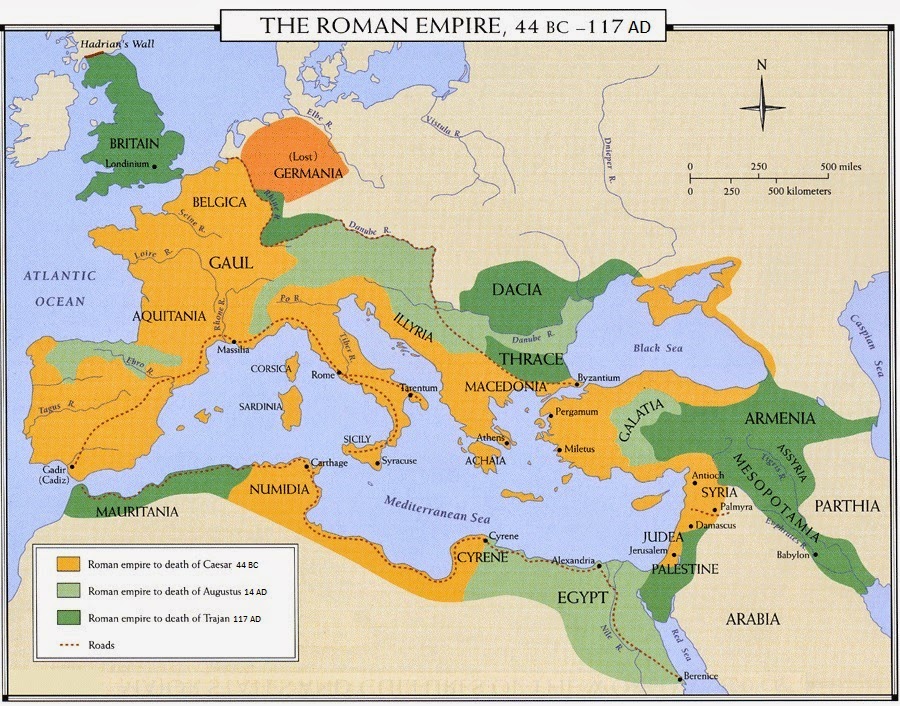 The map above (click to enlarge) is of the expansion of the Roman Empire from 44 BC (the death of Julius Caesar) through the reign of Emperor Trajan (d. 117 AD). Although much of the expansion depicted stemmed from military conquest - along with the notable loss of territory in Germania resulting from the Battle of the Teutoburg Forest in which Arminius ("Herman the German") annihilated three Roman legions - the era of this map is often considered part of the Pax Roman or Peace of Rome. It was during this period of relative peace within the empire that Christ would be born in the Roman province of Judea.

The Roman genius for political organization and citizenship, however, was just as important as its armies for its expansion. Unlike the Greeks, whose city-states prided themselves on exclusive citizenship laws which placed great limitations on incorporating new members, the Roman system sought to expand the citizenship of Rome across its vast territories. Over time, as new lands were incorporated into the Roman world, peoples inhabiting these lands became Romans even though they may have lived hundreds of miles from the heart of the empire at Rome.

A crisis of imperial succession soon followed the end of the Pax Romana. This period, from 235-284 AD, is known as the third century crisis. In less than fifty years the Roman senate would give the imperial throne to twenty-six men. These men, mostly generals, found that the man with the strongest army could defeat and kill the current emperor in order to make himself emperor. This period ended with the rise of Diocletian in 284 AD. Diocletian returned stability to the empire and sought an administrative division of the empire that would allow for peaceful succession. This division, called the Tetrarchy (or "Rule of Four"), separated the empire into an eastern and western half wherein the senior rulers reigned as Augustus while their eventual successors ruled nearby lands as Caesar (see map below for territorial divisions and their rulers during the time of Diocletian). 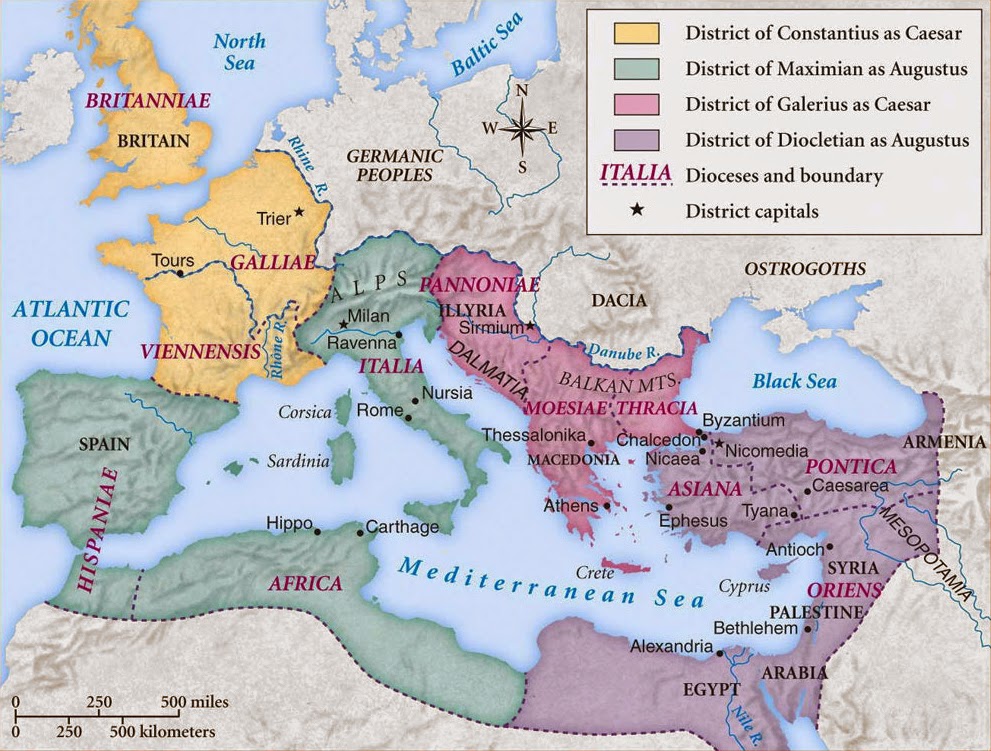 The Tetrarchy lasted twenty years until the rise of Constantine and the legalization of Christianity in the year 313. With the construction of the new capital of Constantinople (originally entitled "New Rome"), the empire began to take a decidedly eastern shift away from the city of Rome and the empire of old.
Posted by Andrew Lynch at 6:00 AM