"I tried never to forget who I was
and where I'd come from
and where I would go back to."

How can one not gratefully doff his hat to the simple man from Missouri -- he who had to take over the large chair of Mr. Roosevelt in the midst of our desperate war against the Axis? Harry Truman spoke bluntly, refused to put on airs, read through the Bible again and again, and loved his (difficult) Bess purely.

Here are excerpts from a review of David McCullough's biography of President Truman -- by Wisconsin professor Stanley Kutler:


Shortly after John F. Kennedy became president in 1961, a bumper sticker appeared with the following line: "I Miss Ike." Below, in smaller letters, there was an additional message: "Hell, I Even Miss Harry."

Eight years after leaving the White House with only a 23 percent approval rating in the polls, Harry Truman was on his way to folk idol status -- aided no doubt by the failures and mediocrities who succeeded him in the presidency. But now, nearly 40 years later, David McCullough`s splendid biography confirms that Truman`s record and character make him one of our more remarkable and successful presidents in his own right.

After Franklin D. Roosevelt died, many Americans received a rude shock when they heard the unknown Truman's Missouri twang as he addressed Congress on April 16, 1945. But the loss of FDR, whom many knew as their only president, also unleashed a flood of goodwill toward his successor. "I was tired of Eastern accents," wrote a woman from Indiana. And a New Yorker said that he had "never known a man named Harry who really amounted to a damn," but that Truman had his support anyway. Truman`s anonymity proved a blessing, for he did not have the entrenched, bitter enemies such as Roosevelt had raised during his long tenure.

Truman joined the Senate in 1934. He won a bitter primary fight for re-nomination in 1940, despite Roosevelt`s tacit support for his opponent. Four years later, a cabal of administration insiders and politicos conspired -- no other word will do -- to persuade Roosevelt to drop Vice President Henry Wallace and select the Missourian. Truman`s sponsors sensed that Roosevelt had little likelihood of surviving another term; they recognized, to be blunt, that they were selecting the next president of the United States.

Harry Truman was born in 1884. His family reflected the political and social divisions resulting from slavery that had nagged Missouri since its beginnings in 1820. Truman`s grandparents had been slaveowners; his mother, who had an enormous influence on him, remained an unreconstructed rebel. He always recalled his childhood as especially happy, with warm memories of family, friends, teachers. Truman was a studious child and developed a lifelong love for reading -- whether history or the poetry of Alfred Tennyson. He learned the virtues we commonly celebrate: family, hard work, thrift, and responsibility.

Truman was nearly 30 when he became engaged to the only woman who ever interested him. "How does it feel to be engaged to a clodhopper who has ambitions to be Governor of Missouri and Chief Executive of the U.S.?" he asked Bess Wallace in 1913. During World War I, "Captain Harry" commanded an artillery battery. After an unsuccessful postwar business venture, Truman acknowledged his ambition and plunged into what became his life`s work: politics. He became a county official and served with exceptional honesty and efficiency. But as part of the infamous Pendergast organization that dominated local politics in Kansas City, Mo., he always carried the burden of being a "machine politician." 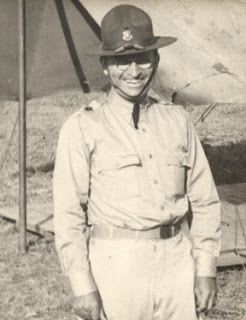 In 1934, he leaped from his obscure political post to the U.S. Senate. Truman always was a bit of a latecomer; he married late, and he chose his career when he was nearly 40. But when he found politics, a close relative remarked, "he struck his gait." A politician, and always proud to say so, he mocked the notion of being a statesman. "When a good politician dies he becomes a statesman," Truman said. He liked being alive, "he liked being Harry Truman," McCullough writes.

Truman loyally supported the New Deal. But his 1940 re-election gave him a new sense of direction and independence. He was respected on both sides of the Senate aisle. During the war, he distinguished himself as chairman of a committee investigating defense production and military contracts. He remained relatively obscure, but knowing insiders acknowledged his growing importance. Washington correspondents ranked him among the 10 most important persons to the war effort -- the only congressman included...

Truman`s first year as president was nearly as demanding as those Lincoln and FDR confronted in 1861 and 1933. Truman brought the war to a successful conclusion, having decided to use the atomic bomb. He dealt with the disintegrating Soviet alliance; he grappled with the conflicting pressures for demobilization and the growing demands to maintain American military dominance and he led the nation to an orderly reconversion to a peacetime economy.

To be sure, he stumbled on occasion: "To err is Truman," partisan critics joked. Nevertheless, his decisions and policies set the course for American society for the next three decades, one that engaged the nation in international affairs and promoted the most sustained growth and prosperity the nation had ever known. And he balanced budgets.

The momentous achievements of his first term are the basic markers for Truman`s presidency. His containment policy, coupled with the contradictions and failures of the Soviet system, eventually resulted in the disintegration of the Soviet Union. All subsequent presidents followed his lead, including those who built their political careers attacking containment as cowardly.

Domestically, Truman`s bold, innovative support for civil rights set the agenda for the ongoing struggle for equality in American life. When segregationist Strom Thurmond abandoned the Democrats over this issue in 1948, he admitted he had never objected when Roosevelt had made similar promises on civil rights. "But Truman really means it," Thurmond noted.

Despite Truman`s memorable victory in 1948, his second term proved anticlimactic, if not disappointing. His Fair Deal proposals ran into staunch Republican and Dixiecrat opposition, and the Korean War was an albatross from June 1950 to the end of his term. In some ways, the Korean conflict brought out the best in Truman, but the limited war frustrated the nation, eroded his popular and congressional support and squeezed the joy out of his presidency. His advisers feared that requesting official congressional sanction for the war might compromise the president`s authority as commander-in-chief; bad advice, for it led to increasing partisan conflict.

Truman`s record was not without failures, either of judgment or purpose. He could "shoot from the hip," blunder badly on occasion and be incredibly naive. ("I like old Joe [Stalin]! He is a decent fellow." "Well, I guess I goofed," he admitted to reproachful aides)...

Truman is an elegantly written, even moving, work. McCullough has mined the papers of Truman and his associates to invariably find the insightful revelation. He has used his sources wisely and shrewdly to paint an unforgettable portrait...

Truman surrounded himself with first-rate advisers (George Marshall, Dean Acheson, and Clark Clifford among them), weighed conflicting views and decisively acted. On his famous whistle-stop tour during the 1948 election, he disarmingly told his audiences: "You don`t get any double-talk from me. I`m either for something or against it, and you know it. You know what I stand for." And they did.

In this era of sound bites and reading lips, we no longer believe political leaders in the same way... Truman knew himself, and he rarely trimmed his sails to momentary fashions. He was, as Dean Acheson aptly described him, the "captain with a mighty heart." We may never see the likes of him again.

Here is a perfect video piece to watch on this Independence Day: Mr. McCullough chats with Morley Safer about Harry Truman -- as well as George Washington, Ben Franklin, and the events that unfolded in the summer of 1776 at Philadelphia.

UPDATE: Take a look at this reflection on Mr. Jefferson and Mr. Lincoln.