I. THE WEEKLY BRIEF

Rethinking Our Relationship with Russia and President Putin. From the indomitable Hillsdale College comes an incredible  talk on the significance of President Putin and Russia.

Christians in Iraq overwhelmingly favored the election of Donald Trump in the 2016 election. They actively intervened in the election with prayer and fasting. They believed President Trump when he said we should protect Mideast Christians. They do not want to be refugees to the US. They want to be safe in their own country, First and foremost they need security. An articulate searing interview by the National Catholic Register with a priest active in Iraq, We must remember Israel and Saudi Arabia are treating Iraq as an enemy because of their Shiite ties to Iran. Meanwhile American Christians, especially Catholics, seem locked in their own intramural debates as an intellectual class.

FIRST TRUMP-SAUDI MEETING: Maybe it will take a Trump presidency for the political left to talk straight on the Saudis. This first meeting was sweet, but Trump's Russian and Syrian policy is not the Saudis. How this "alliance" is worked out will be one of the crucial questions of an America First foreign policy.

SEBASTIAN GORKA: His biography and summation of his argument on Jihad - a video. This speech is at a David Horowitz event. Horowitz sponsors the writings of Robert Spencer who puts out a daily compilation of terror events called Jihad Watch. It is very useful. However, Spencer is so deeply colored by hatred of Islam that he is incapable of the distinctions needed to fight THIS war.

Not so Mr Gorka. He says clearly (to the chagrin of some of the audience shaped by the Horowitz-Spencer polemics): "We are not at war with Islam!" Gorka's formulation is that the enemy are global jihadis which is a totalitarian ideology. Gorka is heavily influenced (and instructed) by the experiences of his father in the Hungarian fight against Communism and the Soviet Union. He asks who tore the Berlin Wall down. He answers, "It was East Germans." In the same way it will be Muslims who eventually are the faces and arms who will defeat the jihadists. He cites, especially, the leaders of Egypt and Jordan -- both of whom are devout Muslims. He doesn't make as many distinctions between Salafist Sunnis and others in this talk as one might look for, but his vigorous outline of the struggle is a refreshing contrast to the failed formulations of Obama/Brennan "Don't mention Islam," and Horowitz/Spencer "Islam is the enemy."

A REVIEW OF BEST BOOK ON THE SPIRITUAL ARDOR AND FIGHTING HISTORY OF IRAN'S MILITARY INSTITUTIONS: The reviewer is more negative about Iran than the author, but all agree this is the book to read to best understand the military/religion link that makes Iran such a powerful nation in the Mideast. "Vanguard of the Imam" is by Afshon Ostovar (2016).

ISRAEL'S NEXT BIG WAR: This is the most troubling scenario in the Mideast and there is no indication yet that the Trump administration is avoiding it.

ISRAEL AS A CRUSADER STATE WITH A CENTURY, MAYBE, OF EXISTENCE THEN OBLIVION: "The Arab, Muslim, and Palestinian countdown until the end of Zionism and the State of Israel reflects the prevailing view that Zionism is a historical aberration that will not last. Any Israeli effort to end the military occupation in a manner that would bring it peace and security thus clashes with the Muslim, Arab and Palestinian view that no place for compromise and agreement exists that would grant legitimacy to Zionism and the State of Israel and that would accept its permanence. After all, if the Crusader state lasted 88 years, then in 2017 - when Israel will mark 69 years - all the Arab Palestinians have to do is wait a mere 19 more years until the second Crusader state will disappear." Dr. Einat Wilf, a senior fellow with the Jewish People Policy Institute, is a former Knesset member.

CHINA AND THEIR MUSLIM PROVINCE: A good review.

AN INTERVIEW WITH REX TILLERSON: Something new is happening. The new adults running American foreign policy want long-term agreements with the great powers -- not a coalition of partners surrounding and threatening a new war around every corner.

A PROGRESSIVE LISTENS TO CONSERVATIVE CATHOLICS IN CONFERENCE: NCR reports on a Trump Tower conference of rich Catholics and clergy.

THREE MOVIES TELL WHO THE TRUMP PEOPLE ARE: Especially the Hunger Games.

'NY TIMES' ON DRONES: As always the conclusion of their commentary is how Donald Trump is going to make everything horrible, but there are some useful first paragraphs in which we find: a review of Obama numbers.

'NY REVIEW' ON THE NEO-MARXISTS OF THE FRANKFURT SCHOOL: Distinctions that can be made only from inside the world of the left. Great summaries of key players and a very good short questionnaire on the "authoritarian personality." Another 2017 article that has to end with a paragraph reminder that fascism has reared its head in America with the Trump election.

IN ARGENTINA THE PRO-ABORTION ANTI-MARIAN FOCUS IS CLEAR: Anti-feminine, anti-Marian. This is feminism.

SHIPMATES - A NEW BOND: 16% of women sailors on ships are pregnant.

GEORGE ELIOT'S NOVEL ON THE COSMOPOLITAN OR NATION QUANDRY OF JEWS AND ALL OF US: Daniel Deronda.

DO WE HAVE A DRUG PROBLEM? 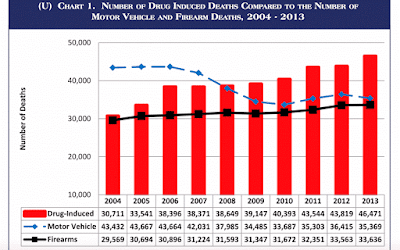 V. AROUND THE WORLD: NATIONS R$G ROUND UP

IS AMERICA A COMMUNAL CHRISTIAN NATION OR AN ENLIGHTENMENT SOCIETY SEEKING INDIVIDUAL AUTONOMY: Michael Novak (1934-2017) argues against those who say our founding was fatally flawed.

ARE THE IRISH WHITE? One of the most astute political writers of our time is Pat Buchanan, who helped found 'The American Conservative' blog. He was in the Nixon White House and has a profound grasp of both practical politics and history. He understood the Trump candidacy far better than the liberal media and his colleagues at TAC. What I have never understood about Buchanan is his attachment to "ethno nationalism" and his peculiar notion that as an Irishman he is one of the white guys. Here is a St. Patrick's day reflection by an Irishman -- American Patrick Walsh. Who will tell Mr. Buchanan he isn't white. If he doesn't believe us, he might ask a Boston Brahmin.