Friday BookReview: the collapse of Saigon in the spring of 1975

Forty years ago, on April 30th, the last Marine -- Juan Valdez -- scrambled aboard the final helicopter lifting off the roof of the American embassy. The nation of South Vietnam had come to an end.

Reading "LAST MEN OUT," about some of the Marine heroics in those closing hours of the American presence in Saigon, is a gripping experience. But the book (written several years ago by Bob Drury and Tom Clavin) is also deeply dispiriting as one ponders why our beloved country so often seems rudderless when it comes to strategy.

In the words of one of our best diplomats, Francis Terry McNamara (consul in Can Tho, in the delta):


"How could a nation with so much strength end a war by abandoning its allies and saving its own citizens in such ignominious circumstances?" 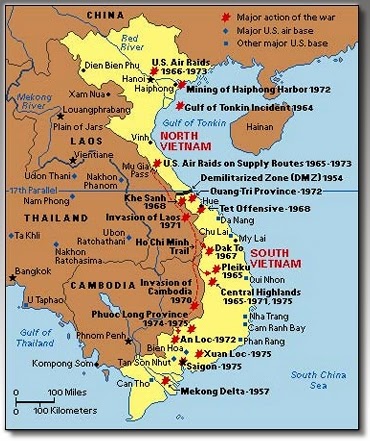 I heard about the book at the PBS website of a first-rate documentary which was produced and directed by Bobby Kennedy's youngest child (she was born six months after he was assassinated in 1968). Take time to watch at least a portion of the powerful tale.

Certainly the most puzzling character in the dénouement of our lengthy involvement with the Vietnamese was Graham Martin, the U.S. ambassador to Saigon for the final two years. He was an arrogant patrician, obstinately out of touch with many realities on the ground, holding out bizarre hopes of cutting a deal with the North Vietnamese that would save us from defeat. Somehow, he convinced himself that Saigon would never be attacked.

In a section of the book about Francis Terry McNamara, Last Men Out includes this fascinating comment: "And unlike Graham Martin, McNamara harbored a deep affection for the country and its people."

Mr. Martin, though, has his defenders -- including CIA analyst Frank Snepp: "The ambassador refused to leave until he could get as many Vietnamese on as many choppers as possible. The evacuation of Vietnamese happened because Graham Martin wanted it to happen."

Here is a photo of Juan Valdez at a recent reunion with his plucky comrades.

Take a glance at this obituary of General Dung, and this one of General Giap, to get a sense of the leaders that North Vietnam was able to call upon in their fight.

President Ford wrote in his memoirs about the problem of the Vietnamese refugees:

"More than 120,000 of them had managed to escape, but they had nowhere to go. Thailand didn't want them. Neither did Malaysia, Indonesia nor the Philippines. The United States, I felt, had a special obligation to them, and on April 30 I asked Congress to approve a bill that would provide $507 million for their transportation and care. The House rejected my request on May 1. Unbelievable!"

When it comes to studying the history of the Vietnam War, a younger scholar not to miss is Mark Moyar. A sample line: "[David Halberstam ended up doing] more harm to the interests of the United States than any other journalist in American history."

You were a leader of the anti-war movement in Minnesota. What was the biggest thing you and your friends got wrong back then?

"We were convinced that peace grew from a spread of good will, rather than the organization of protection. And we believed that community, somehow, was the fruit of good individuals and good vibes -- and didn't need the ballast of authority.
"But our greatest error is that our personalities were schooled in the Christian religion and the duty to love our neighbor -- but we didn't appreciate the source of our good will. We forgot the first tablet: that ordered love starts with loving God. We tried to organize peace and love in human relationships without God." We missed that the war against Communism was a war against armed scientific atheism that would destroy the life of nations.

Nowadays, how do you sum up your view of the Vietnam War?

"First, I am ashamed I did not join my countrymen in the battle assigned to our generation. No criticism of others is meant to be more harsh than criticism of my own pride and obstinacy.
"I think the book by Mr. Moyar you referenced is excellent -- with a good mix of American and Vietnamese sources.
"The greatest American error of the war was giving a green light for the violent removal of Diem [the first president of South Vietnam]. The principal agents of that betrayal were Ambassador Henry Cabot Lodge, David Halberstam, and Averell Harriman. The review you linked to Mark Moyar has a good summary. Since then, everyone from Henry Kissinger to LBJ to Ho Chi Minh is on record saying the US sanctioned slaying of our "ally" President Diem in 1963 is when America lost the war.  Diem's Final Failure by Philip Catton is a very good look at a man I consider a hero and martyr. I believe Vietnam will honor him in the not too distant future.  While Lodge, Harriman, and Halberstam should bear the greatest shame, John Kennedy was guilty of allowing that assassination. He was assassinated in the same month. I don't think there was a  conspiracy, but I do believe our president lost his mandate from heaven. In an essential way we should remember  that our men did not die in vain. Their blood and sacrifice won a very important strategic victory.  Our long fight in Vietnam created a space and time  that allowed a host of other Asian countries (especially Malaysia and Indonesia) to develop freely behind the front-lines of the battle. Lee Kuan Yew of Singapore made that argument best. He thought our holding action in Southeast Asia is what allowed the Asian tigers to develop and eventually be a model for post Marxist development in China. He condemned the despicable behavior of the self righteous "antiwar"  US congress in the last year of the war.
"The congressional abandonment of Vietnam and its fleeing refugees was a disgrace that we can only hope will lead to some self-reflection and repentance by those involved. I remember becoming physically ill watching the last helicopters leave.
"I didn't know who Lee Kuan Yew was in 1975  but I remember in my own apartment in Minneapolis walking around the block after seeing those helicopters leave the top of the embassy -- with a horrible emotional sense of personal shame coupled with physical nausea."