"The water tower of Asia" 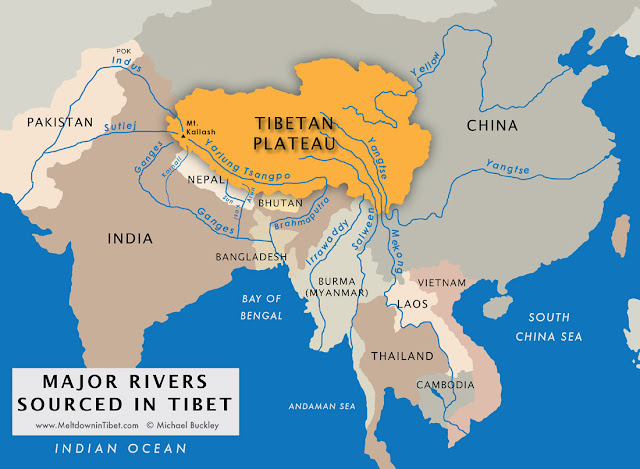 At least half a dozen important rivers begin in the highlands of Tibet. Water always flows downhill. Orienting ourselves in space is not just a matter of North, East, West or South. It is about elevations -- the major lesson of topography maps.

The water tower of one's local town uses gravity to equalize the changing pressure needs of home faucets. The Tibetan Plateau (average elevation: 4,500 meters /15,000 feet) is often called The Roof of the World, as well as The Water Tower of Asia. The whole plateau is a million square miles -- four times the size of France. A plateau is a land feature of an area which is both relatively flat and elevated from its surroundings.

India is expected to surpass China in population around the year 2024.