Russia's naval window on the Gulf of Finland

In 1703 Peter the Great founded his new capital -- St. Petersburg -- at the eastern end of the Gulf of Finland. Sailing out from that harbor, you eventually bump into Stockholm. At that time in history the Swedes were a manly people, and they completely dominated the Baltic region. One of the reasons that Peter built his window on the West was to counter that threat.

Charles XII, with his relatively small Swedish army, invaded Russia in 1708. The most bitter winter in 500 years devastated the attackers; and, several months later in Ukraine, at the Battle of Poltava, the imperial era of the Swedes came to a calamitous end. [See this excellent overview]. 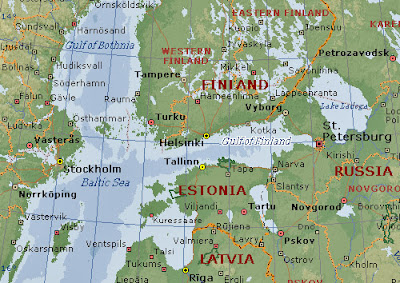 When Peter the Great built St. Petersburg, the Swedes controlled the large island 20 miles out in the harbor. But the Russians seized it, and started laying out and fortifying Kronstadt, which has served as the headquarters of the Russian admiralty ever since.

The most stunning building on the island is the Kronstadt Naval Cathedral: 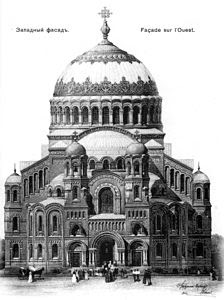 It is comparable in size to Istanbul's Hagia Sophia. The cathedral was fully restored and reconsecrated in 2013. 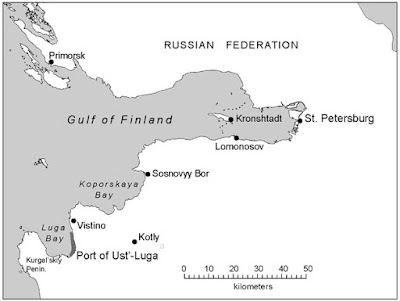 The holy John of Kronstadt (d. 1908) served as priest for many years at St. Andrew's Cathedral (which was later torn down by the Soviet authorities).


UPDATE: Lake Onega is east of St. Peterburg. On one of its islands, there is a famous church with 22 domes! 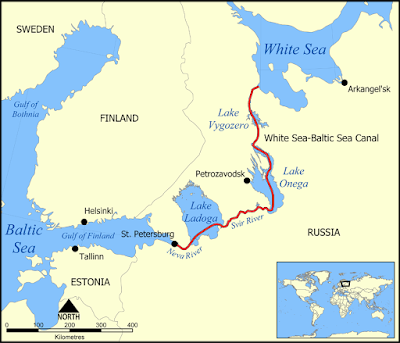