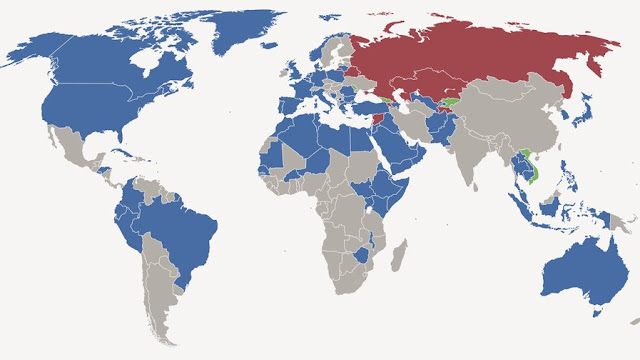 The Swiss Institute for Peace and Energy Research (SIPER) recently created a series of maps depicting the foreign military installations of five nations with large defense budgets. The five nations are:


Given the minimal fixed military presence of both Russia and China, the neoconservative and growing liberal concerns regarding these nations seem over-estimated. Vietnam aside, the maps reveal Russia's primary concern with its immediate borders and with the protection of Christians in the Mideast. China also focuses on its periphery, seeing the particularly growing American presence in southern and eastern Asia as an encircling threat.

To view all five maps, along with a bonus map depicting an overlap of Russian and American bases, please read this excellent map post from Strange Maps.
Posted by Andrew Lynch at 6:00 AM