I. AROUND THE WORLD R&G ROUND UP

TURKEY IS A MUSLIM TURKISH NATION: From the Muslim Empire of Ottoman to the secularist Turkish nation of Ataturk to the Muslim-Turkish nation of Erdogan. The Catholic countries of South and Central America must travel a similar religious empire-secular nation-religious nation  journey. So far-there is no Catholic Erdogan in Latin America but such leaders are rising in Eastern Europe. Islam has had to develop a theory of nationalism within their religious worldview to reconcile  a universal religion with the territorial loyalties of a military nation.  Shiite Persians and Turkish Sunnis have done this best.   Bringing Islam back to Turkey through education and electoral politics-the plan of Erdogan. (FROM AOA: 1) Geography of Turkey.  2) The Sunni Turkish Peoples.  3) Followers of Fatullah Gulen who was President Erdogan's old ally were purged in Summer 2016.)

WORLD CUP: My team, my nation. Not always the same.

"...a Maoist “active defense” strategy—rebranded “offshore waters defense” in recent years—that alloys these sea- and land-based elements of sea power into a single sharp weapon to defend Fortress China and offshore waters against the United States and its allies. Goal: An Offshore “Crumple Zone”

There is an everyday metaphor for China’s “anti-access/area-denial” strategy: Think of it as an effort to construct an offshore “crumple zone” using sea- and shore-based weaponry. The engine compartment of a car’s front end and the trunk to its rear comprise its crumple zones. These are not inflexible shields. They are sacrificial components meant to collapse in a controlled manner upon impact. The chief purpose of automobile design is to protect what car manufacturers prize most—the safety of passengers inhabiting the cabin. If the crumple zone were completely rigid, the force of a crash would be transmitted straight to the cabin and to the people within—and possibly kill them. Instead, the crumple zone absorbs the energy from an impact, cushioning the blow. Anti access logic operates similarly. Security for the mainland and the near seas is what Beijing treasures most. " 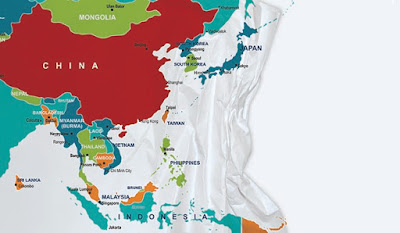 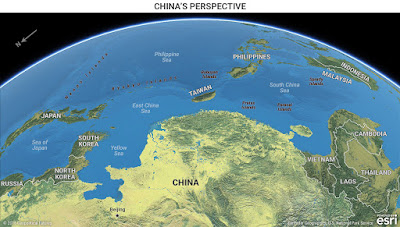 SHOULD WE CONTEST THEM IN THEIR OWN WATERS OR ACCEPT CHINA AS A REGIONAL POWER: We made peace with our enemy Japan. A new paradigm for China, our WWII Ally.

RACIAL RECONCILIATION: A black man's remarkable campaign of friendship with members of the KKK.
Posted by Andrew Lynch at 6:00 AM