In the early hours of this morning we lost a friend, a teacher, and a visionary thinker. Dr. David Pence, our brother in Christ, has been called home by the Father. 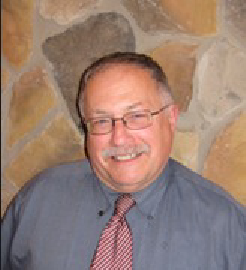 He leaves us in between the great holy days of Ascension Thursday and Pentecost Sunday, precisely half way through what was a ten-day retreat by the Apostles and the Virgin Mother of God. If now is the time the Father calls, we know Dr. Pence would rejoice that the timing of his departure was anchored between our Lord's Ascension and the great pillars of Marian femininity and Apostolic fraternity. Even in death, Dr. Pence knew how to Keep Catholic Time.

We mourn the loss and give thanks to Almighty God that He gave us such a man as Dr. Pence. The world will never see another like him. We know here at Anthropology of Accord that we can never totally recapture his voice, or replicate his unique - "Pencian" - way of analyzing religion and politics. We do know, however, that the way he would like his memory and work to be honored is by the men he knew to continue the project he began. This is not the end - neither for the man we lost in the flesh nor for his visionary contribution to the Catholic worldview.

Let us now mourn and give thanks. Let us rejoice that our dear friend and brother in Christ has arrived in time to celebrate with the saints the birthday of the Church and the beginning of the Apostolic mission to the nations. The mission continues. Much work remains ahead. Dr. Pence would often talk about "advancing the football." Let us honor Dr. Pence, as brothers in Christ and men of the nation, by moving the football downfield. He wouldn't want it any other way.