THE BAPTISM OF CHRIST: the Theophany of God and the Baptism of Christ 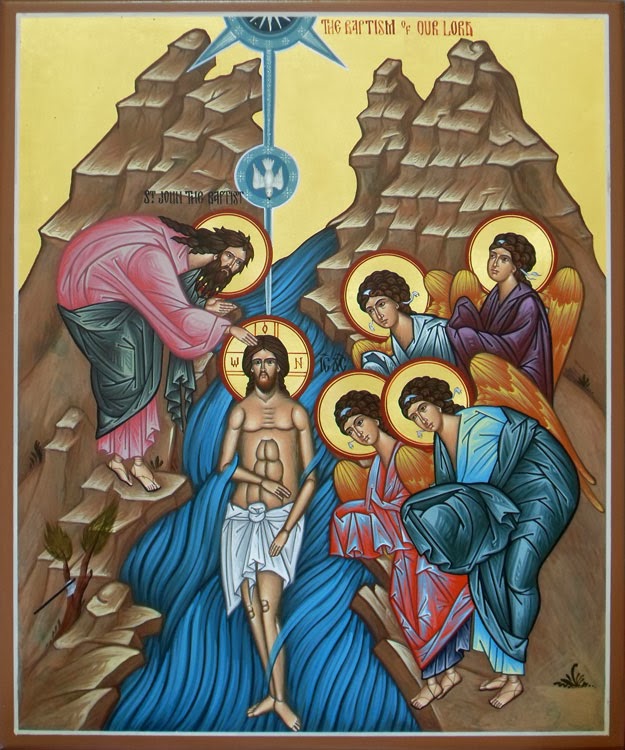 "... the Sun of righteousness washing in the Jordan,
fire immersed in water..."


The Sunday after Epiphany, the Church celebrates the Baptism of Christ. It marks the end of the Christmas season and the beginning of Christ’s public life and “Ordinary Time.” In an older calendar, the Epiphany was celebrated as an eight-day feast. The coming of the Wise Men, the first miracle at Cana, and the most important manifestation – the theophany at Christ’s baptism – were all considered epiphanies which explained the true identity of Jesus Christ. In the Orthodox Churches, the “twelve days of Christmas” are the feast days observed from the birth of Jesus in Bethlehem to his Baptism in the Jordan which is called the feast of the Theophany.

The Baptism of Christ is not merely about God and water, or God and nature, or even God and man’s salvation. This is not just an event of Divine Economy – God’s relation to creation. At the Baptism of Christ, something happened quite unexpected. The Baptism is THEOPHANY – the “appearance of God” – and for the first time Jesus is revealed as Son of God; and God reveals himself as Father, Son, and Holy Spirit.

For a moment let us forget about ourselves. Let us even forget about the sacramental order of saving our souls.  Let us contemplate what was revealed here about the reality that preceded the creation of heaven and earth. Let us think of God before Satan rebelled and man fell.

Who could imagine this? God is three in one. There is a reality called personhood, which can be united in love, as many in one. On this day, in the Father’s voice, we are definitively told that Jesus is God. We are shown “the Spirit of God descending on Him like a dove.” This is how the Christmas season ends: with a lesson about the identity of Jesus as Divine, and the nature of God as an interpersonal love relationship that constitutes the ultimate reality.


Lord Jesus Christ, Son of God, have mercy on me a sinner.

In the name of the Father and the Son and the Holy Spirit. 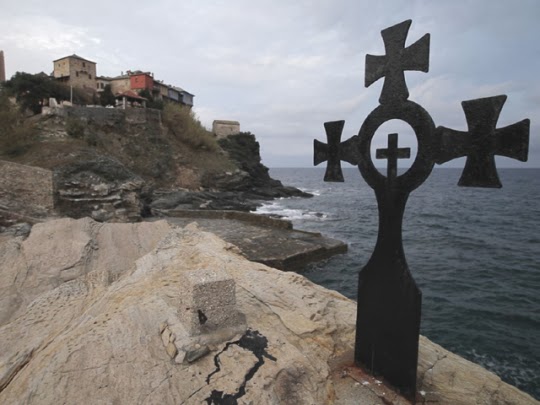 "Today the nature of the waters is sanctified,
The Jordan bursts forth and turns back the flood of its streams,

Seeing the Master wash Himself.
To the voice of one crying in the wilderness,
Prepare ye the way of the Lord,
You came, O Lord, taking the form of a servant,
Asking for baptism though you have no sin.
The waters saw You and were afraid.
The Forerunner began to tremble and cried out, saying:
How shall the lampstand illumine the Light?
How shall the servant lay hands upon the Master?
Sanctify both me and the waters, O Savior,
Who takes away the sins of the world."