Peter Robinson, who was a speechwriter for President Reagan, commented on Professor Elizabeth Warren reveling in her blood ties:


"To Kill A Mockingbird, I think, is still required reading in high schools across the country.  And who is the great hero of [the novel]?  Atticus Finch, who is struggling against identifying people on the basis of race.  And we know that one of the things that was so pernicious about racism in the South was the ‘one-drop’ rule. 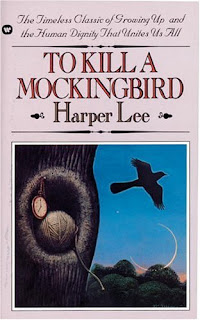 "At some level, doesn’t it just drive you to a kind of despair to think that Harvard University publicized the notion that Elizabeth Warren was 1/32 Cherokee?  That is a transmission of values from the scorned small-town Old South to Harvard University in un-transmuted form.  It is simply picking it up from here and dropping it down over there… It’s madness!”