Ivy League spies offered up their ‘lives, fortunes, and sacred honor’ for Stalin 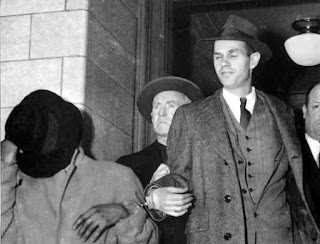 “Alger Hiss was not the victim of a witch hunt; he was a witch.”

(Garrison Keillor)
The always-fascinating historian, Philip Jenkins, fleshes out Keillor’s point – as well as the broader menace of influential Americans who were so enamored of the “social justice” of Communism that they ended up having no scruple about betraying their own country.

Two of the examples given by Professor Jenkins:

[This article from ‘Time’ magazine lays out White’s role in persuading the Japanese to attack Pearl Harbor].

[This site gives a biographical background of the man that Henry Wallace would have made his Secretary of State].


“There was a Soviet espionage network in our government and the fact that Joseph McCarthy was a drunk, a bully and a cynical opportunist doesn’t change that.  Along with a lot of other Democrats, I’ve wasted a lot of time on these issues that I was, in fact, wrong about.”