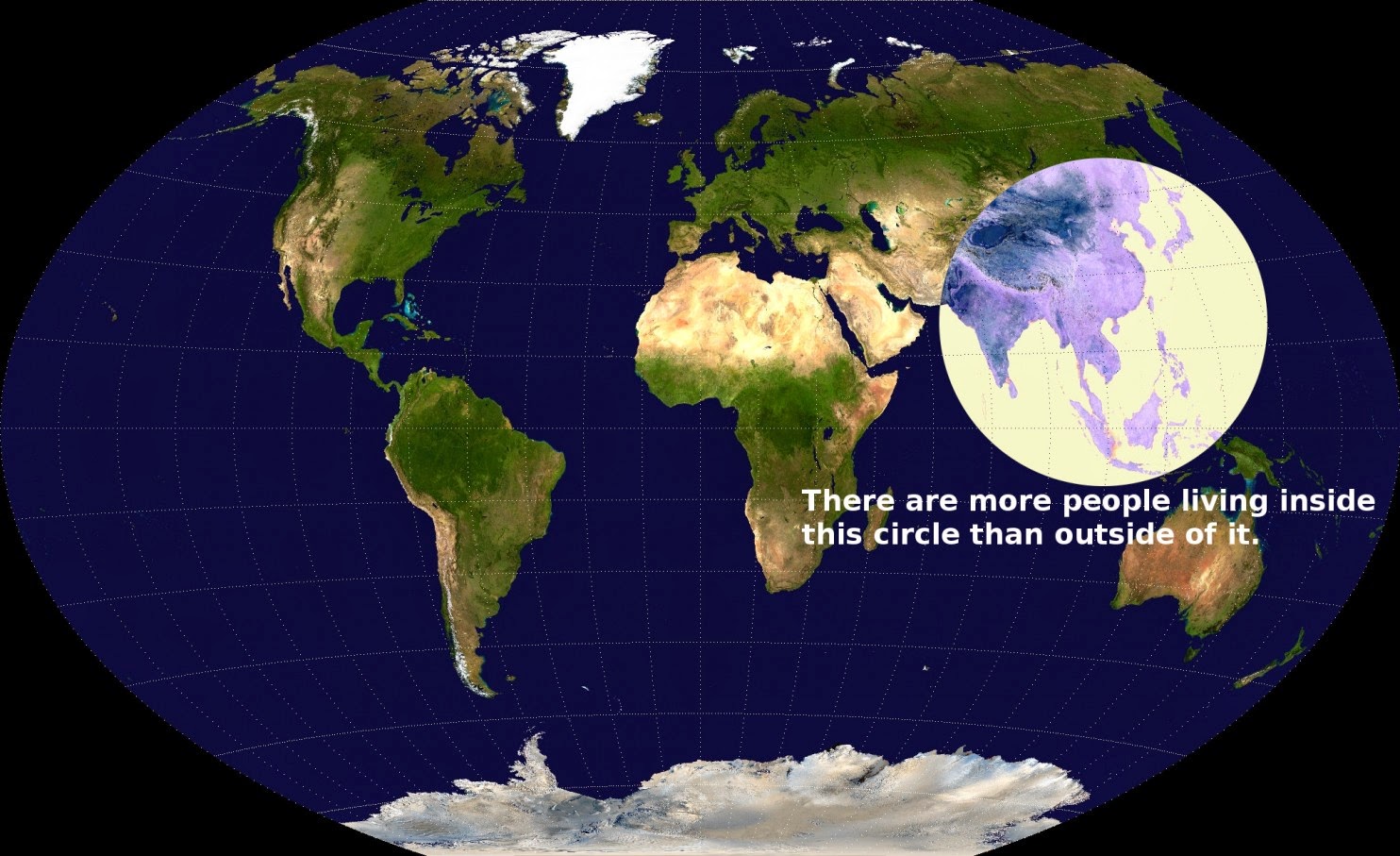 With over half the world's population located within this circled area, many goods are shipped into this region from the outside world. The Strait of Malacca (see map below) is the main shipping route which connects the Indian Ocean to the Pacific. About 25% of all the world's shipped oil passes through the Strait of Malacca. Its enormous strategic importance makes the smaller nations of Malaysia (population: 30 million, #43 overall) and Singapore (population: 5.4 million, #115 overall) major geopolitical players, despite being significantly smaller in geography and population than their regional neighbors. 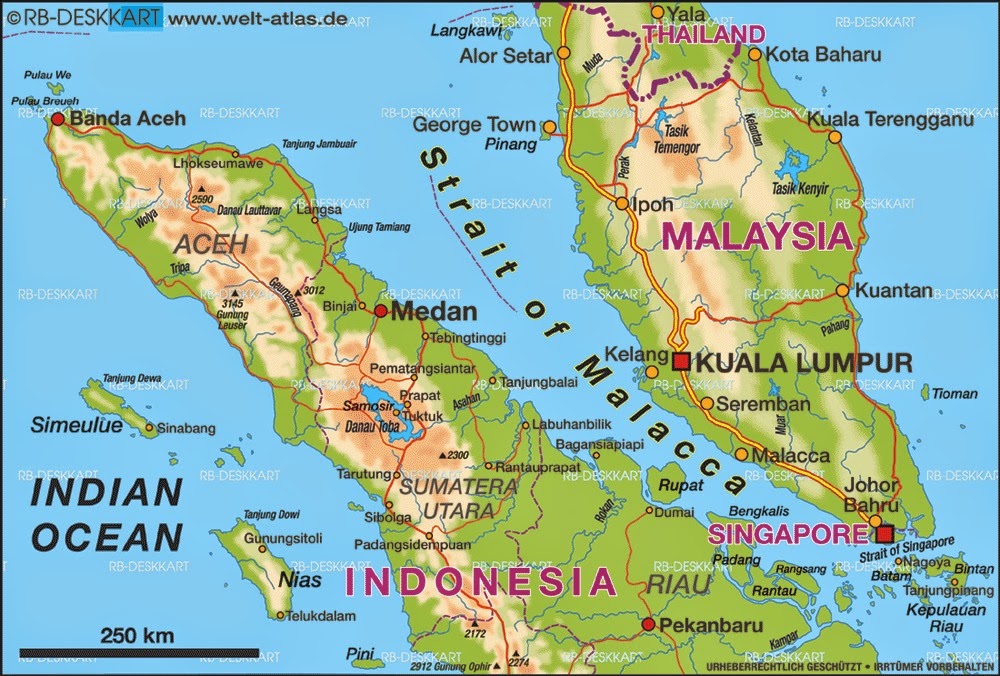