Three among the poets killed in the First War


ALAN SEEGER, an American who had joined the French Foreign Legion, died on July 4, 1916 -- in the Battle of the Somme.

This is "On Returning to the Front after Leave: Sonnet XI":


Apart sweet women (for whom Heaven be blessed),
Comrades, you cannot think how thin and blue
Look the leftovers of mankind that rest,
Now that the cream has been skimmed off in you.
War has its horrors, but has this of good—
That its sure processes sort out and bind
Brave hearts in one intrepid brotherhood
And leave the shams and imbeciles behind.
Now turn we joyful to the great attacks,
Not only that we face in a fair field
Our valiant foe and all his deadly tools,
But also that we turn disdainful backs
On that poor world we scorn yet die to shield—
That world of cowards, hypocrites, and fools.


One man whose star seems to burn brighter and brighter in Catholic culture and beyond is CHARLES PEGUY. He was killed about a month after the war started. 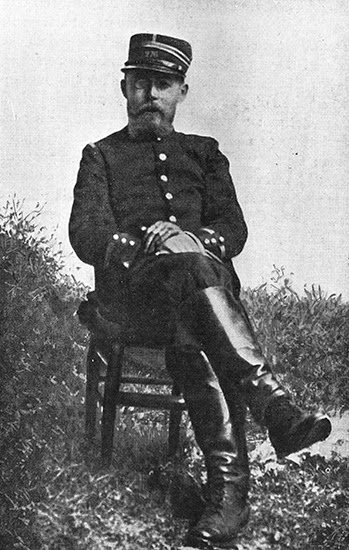 He always sang of the mystery of Hope, the frailest of the virtues; but the one that's new every morning, and the one that -- stride for persevering stride -- pulls and guides her two older sisters (Faith and Love) down the street.

Hope "surprises even God." It is the eternal flame in the lamp.

JULIAN GRENFELL was an Englishman who was killed in northern France in 1915. His best-known poem -- "Into Battle" -- was first published in the 'Times' of London the day after he died.


The naked earth is warm with spring,
And with green grass and bursting trees
Leans to the sun's gaze glorying,
And quivers in the sunny breeze;
And life is colour and warmth and light,
And a striving evermore for these;
And he is dead who will not fight;
And who dies fighting has increase.

The fighting man shall from the sun
Take warmth, and life from the glowing earth;
Speed with the light-foot winds to run,
And with the trees to newer birth;
And find, when fighting shall be done,
Great rest, and fullness after dearth.

All the bright company of Heaven
Hold him in their high comradeship,
The Dog-Star, and the Sisters Seven,
Orion's Belt and sworded hip.

The woodland trees that stand together,
They stand to him each one a friend;
They gently speak in the windy weather;
They guide to valley and ridge's end.

The kestrel hovering by day,
And the little owls that call by night,
Bid him be swift and keen as they,
As keen of ear, as swift of sight.

The blackbird sings to him, "Brother, brother,
If this be the last song you shall sing,
Sing well, for you may not sing another;
Brother, sing."

And when the burning moment breaks,
And all things else are out of mind,
And only joy of battle takes
Him by the throat, and makes him blind,

Through joy and blindness he shall know,
Not caring much to know, that still
Nor lead nor steel shall reach him, so
That it be not the Destined Will.

The thundering line of battle stands,
And in the air death moans and sings;
But Day shall clasp him with strong hands,
And Night shall fold him in soft wings.