Map on Monday: Where the volcanoes are

"I fell into a burning ring of fire,


I went down, down, down as the flames went higher..." 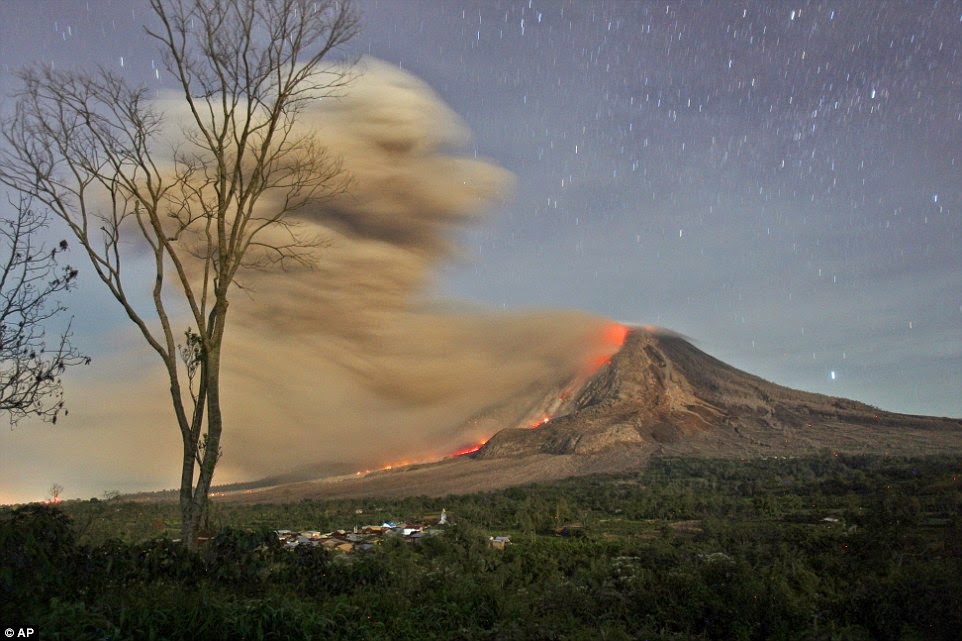 What explains the location of these volcanoes is the "map beneath the map" of oceans and continents that we see. Beneath our water and land forms are the tectonic plates (4 to 40 mile-thick layers of crust and mantle) which interact with each other to form not only volcanoes, but many other of the most significant land forms of the earth. Geologists recognized the great ring of fire before they knew about the plates, and their boundary interactions which account for the up-welling of volcanic molten rock.

The red line is known as the ring of fire. It demarcates the active borders of the western Pacific plate and the oceanic land plate interactions to the east. The Andes mountains on the west coast of South America are volcanic remnants from the interaction of the Nazca ocean plate passing under the continental South American plate. All geography classes after 6th grade should start with the map beneath the map of plate tectonics.


A recent article in the British "Daily Mail" had excellent photos of an Indonesian volcano. 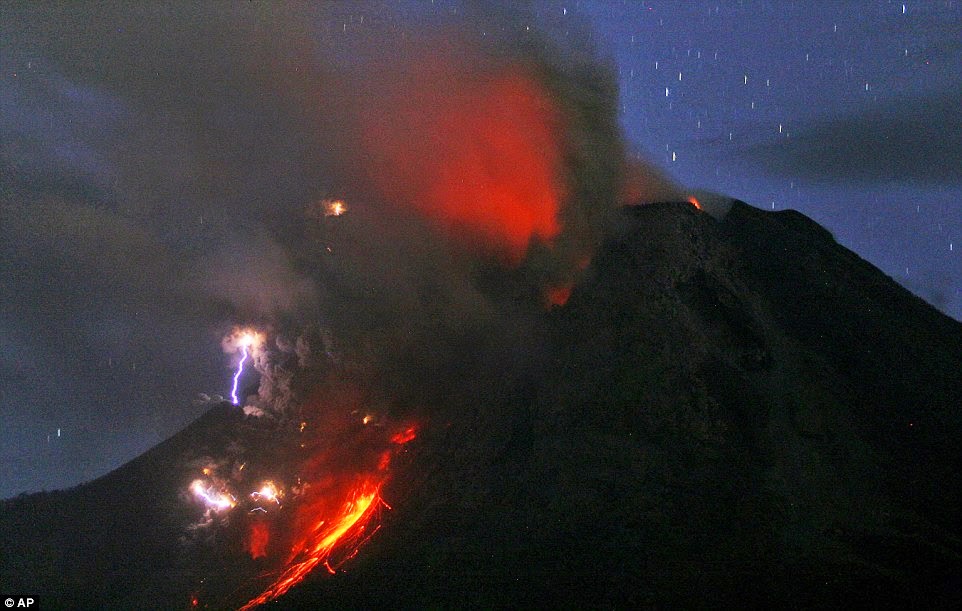