Map on Monday: THE MILITARIES OF THE SOUTH CHINA SEA 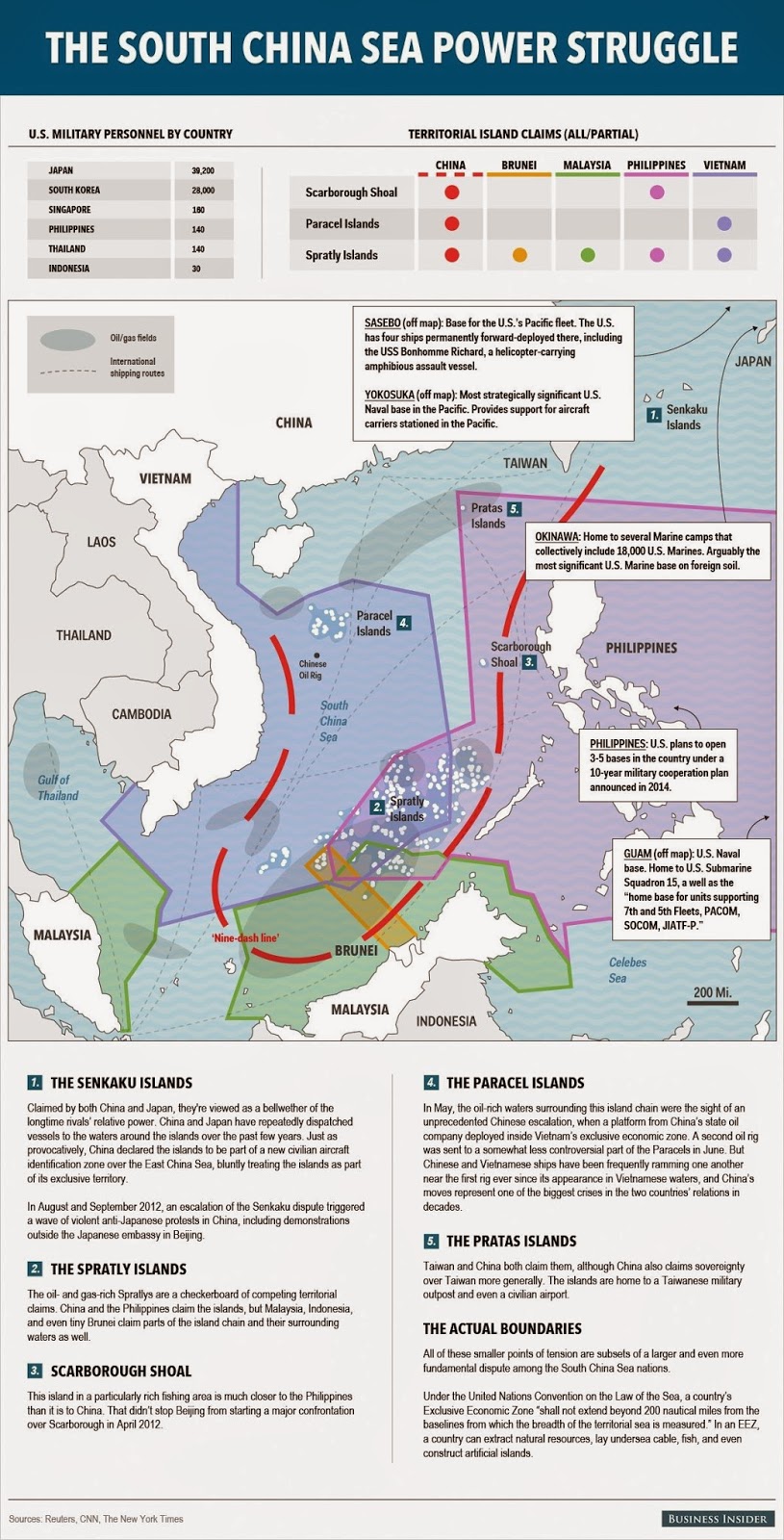 In our Religion and Geopolitics Review on Saturday, May 2, we linked our readers to a Business Insider report on Japan's new defense agreement with the United States. That report also included an excellent  map (at left; click to enlarge but best map is in article) of the sea claim conflicts in the South China Sea. The map includes important information regarding military installations and geostrategic locations just off the map.

We also linked readers to a story about an upcoming strategic partnership between the Philippines and Vietnam - two historically Catholic nations in region. These two nations seek to ease their own border disputes, aid each other in economic and scientific pursuits in the sea, and begin naval drills together.

The Japanese Navy is more muscular at 4 helicopter carriers (with a 5th under construction), 22 destroyers, 11 frigates, 6 corvettes, and 16 attack submarines.

Of course, all these nations are dwarfed by the Chinese Navy in ascendancy with an aircraft carrier (the Liaoning), 60 attack submarines, 5 ballistic missile submarines, 24 destroyers, 47 frigates, and 19 corvettes.