Pope Francis and the reality of Hell: Communion or Oblivion

Moderns don't believe in Hell. For many, their disbelief is simply part of not believing in God. For others, the notion that God would allow perpetual torture for any human (a lot of humans if you read Scripture) seems a contradiction. "I've lived a careless life, sometimes done some pretty bad things. Torture me for a week. Waterboard me every minute of every day for a year, slowly burn me  for a century...but at some point... are you serious?" The perpetual torture story doesn't scare people into morality; it convinces them there is no Hell or it leads them to say only the Devil could be so sentenced. Thus another conclusion. Hell exists because it is in Scripture... but no human is there. That's a very popular position today. A more realistic depiction of the universe would help Christians better explain creation, contest, violence, and dissipation as fundamental spiritual and physical realities. In a similar way, a better description of Hell might bring back the Four Last Things to Christian consciousness.

Pope Francis has been very clear about the existence of Satan as a real and active Being. In his "Rejoice and be Glad" Apostolic Exhortation, he reminds us that the "deliver us from evil" phrase in the  Our Father is more accurately translated "deliver us from the Evil One". He  specifically corrects the false modern notion that Satan is an idea. "We should not think of the devil as a myth, a representation, a symbol, a figure of speech or an idea." The Evil One is a real living being acting in the world, prowling like a lion after souls.

In a recent conversation with his friend Eugenio Scalfari, the Pope talked about Hell.  Scalfari is the 93-year-old leftist/atheist former editor of Italian newspaper The Republic. After his conversations with his friend, the Pope, Scalferi usually writes a essay about what they discussed and what he thinks he heard. As any doctor who has explained to a patient his new diagnosis of cancer or as any Christian who explains the world to an atheist, we know that what you say and what the other hears are not always quite direct quotes. Discussing Hell with an atheist is like talking color shades with a blind man; so if something is lost in translation, we shouldn't be surprised. Any honest report of the conversation  reveals clearly that the Pope does not argue "there is no hell" or "if there is a hell, it is empty".  Pope Francis is saying "Hell as perpetual torture" doesn't describe reality. Pope John Paul and Pope Benedict implied as much. In Revelation, Hell is described as "a lake of fire" which is "the second death." Thessalonians described an "everlasting destruction from the presence of the Lord." The Old Testament is relentless in contrasting eternal life with God vs death away from Him. Eternal life is the ingathering of Israel, while hell is being left out. Christ said,"Do not fear he who kills the body but cannot kill the soul, but fear he who destroys soul and body in Gehenna." Isaiah asserts: "The transgressor and sinners will be crushed together.. and those who forsake the Lord will come to an end." Even Dante rebelled against perpetual fire. He froze Lucifer in ice, so no warmth could exude and no word could be spoken. Dante, too, painted isolation and the extinction of communication as the defining characteristic of Hell. 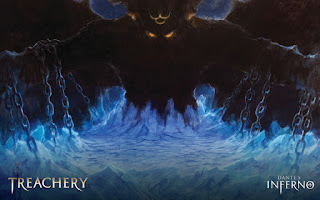 The Pope knows well. There is Heaven, Hell, Death, and Judgment. Hell is eternal separation from God. It is unfortunately a path taken by many, especially those who do not believe it is a real option. He is proposing a believable Hell for the many. The Pope is a chemist. He has looked out in the cold entropic universe. He knows the dissipation of matter predominates overwhelmingly in the physical world. He knows too that diabolos is separation. Hell is not disappearing from our conversation. The Pope has punctured a Christian misconception (like the 6000 year old universe) which has kept people from more adequate Christian categories to explain realities like hell. As we understand the violence and isolation of outer space, won't that become a better description of Hell than down below in the fire of the inner earth? So called "communio theology" describes humanity's interpersonal incorporation in the Body of Christ as the key to understanding both the Kingdom of God and the reality of Heaven. This is not the language of a soul "going up to Heaven" but a person being incorporated in a love relationship called the State of Grace or the Body of Christ. Should it surprise us that Hell might be better described as isolation and dissipation?  "Going to Heaven" is the soul being drawn into a proper relation in the Body of Christ.  The Liturgy of the Eucharist was given us by Christ to be "heaven on earth".  Possibly Hell is better thought of as a loss of status (a proper social relationship) rather than a place. The mutual gravitational attraction  of love is loosened as our minds and hearts and actions turn farther and farther away from the reality of God.  Communion or Oblivion! Those are still the Heaven or Hell verdicts at the Last Judgment. The hollowed out shell of a creature no longer bound in personal relations-after the wrenching pain of that realization-then what? Can that gruesome creature ever feel beyond that numbing shock?  Would being erased from the Book of Life be one last mercy? 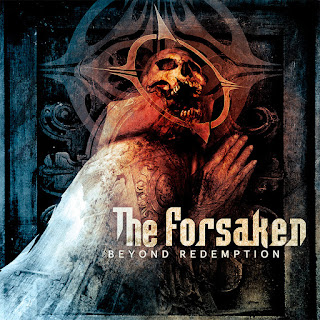 There is in man a very deep fear of the infinite. It even has a name: Apeirophobia. Maybe deep in our emotions that is a hint. Like hatred of the devil, fear of hell is a very necessary and instructive emotion. Pope Francis is trying to teach his atheist friend about a fundamental reality. Hell is real; Judgment  is forever; it is irrevocable. The fact that this very necessary and quite unfinished conversation has been twisted into headlines "Pope Francis says there is no Hell" is more proof that Fake News isn't reserved for Vladimir Putin and Donald Trump. As always the best way to understand Pope Francis is to listen to him in his own words.

Posted by anthropology of accord at 1:00 AM