"Throw the Bums Out!" -- IS THERE MORE TO CARDINAL CUPICH THAN THE PRESENT LABELS? 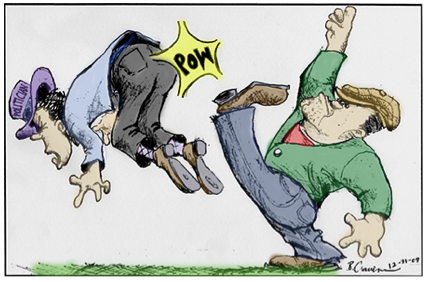 Political corruption is bad enough... and the Windy City has endless tales of venality.
(The Chicago Sun-Times ran a front-page story in 1991 when the year passed with no aldermen being indicted or convicted!)

But much worse is when bishops allow the priestly level of purity and dedication to fall lower and lower.

Millions of American Catholics have given up hope that the fraternity of priests can be cleaned up. It's time, though, that a brighter spotlight be focused on remarkable steps that Blase Cupich has taken in Chicago: 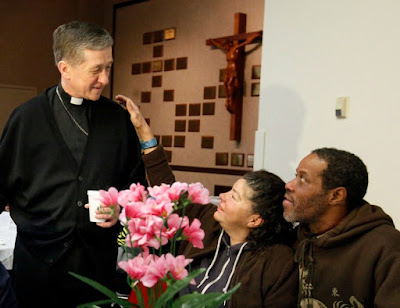 Cardinal Cupich is showing us the importance of purifying the priestly side of the Communion rail; and emphasizing that it must happen before we enter into debates about denying the Lord to unworthy communicants. This approach to safeguarding the sacred nature of the Eucharist is in stark contrast with progressive and orthodox prelates alike. His "conservative" predecessor would never have expelled a priest for consensual homosexual behavior with an adult. Cupich exercised his episcopal authority in cashiering both a pro-immigrant charismatic Hispanic and a Latin Mass superstar.

Can you name one bishop anywhere else who has done this?

In all likelihood a thousand pension checks still flow to clerics (such as Rembert Weakland) who made this variant of incest into an art form, while bankrupting their dioceses. The actions of Cardinal Cupich suggest a simple believable path to mucking out the priestly stables. It's high time that bishops of dioceses, abbots of monasteries, and superiors of religious orders announce, investigate, and enforce the following reform:

Any priest who has engaged in homosexual behavior with a young male or adult male, by force or with consent, shall present himself to his religious authority to be removed from the active priesthood. He shall be forbidden from ever offering the Holy Mass as a priest. He will then enter a confined place of work and prayer in reparation for defiling the Mass and the sacred brotherhood of the priesthood -- which is to be a living sign of the love of the Father for the Son.