FOURTEEN STATEMENTS BY POPE FRANCIS - NOT SO POLITICALLY CORRECT: Paul Kengor at Crisis magazine has not been gentle in his criticism of Pope Francis. He ends this article saying it would be better if Pope Benedict had served 5 more years. But Kengor is an honest historian and so he reminds everyone, liberal Francis-lover and conservative Francis-despiser of fourteen real positions of Pope Francis which should make us reflect. Is it possible there are some Catholic personalities that the Western intellectuals on the sexual left and free market/democracy right don't really understand? No wonder the favorite Marian image of Pope Francis is Mary-untier of knots. {At AOA, we have always defended the Pope and truly learned from him as a Father. Our articles are compiled as "Defending Pope Francis by Listening to Him.}

ARCHBISHOP SCICLUNA OF MALTA: Disturbing normalization of homosexuality in his Chancery.

THE WONDER OF THINGS UNSEEN: Truths in the Cosmos.


IRAQ, ISRAEL, BUCHANAN, AND THE ANTI-SEMITE CHARGE: In 2003 Pat Buchanan was shunned as an anti-Semite. In this prophetic piece, WHOSE WAR he distinguished between the policies of Israel's Likud Party and the American nation. His trenchant argument against the war with Iraq was marginalized by the smear. Israel by 2001 was more allied with Saudi Arabia than any other Mideast country. From the beginning they had no serious interest in the US understanding the Salafist Sunni roots of 9/11. America needs a policy toward Israel like Eisenhower employed when allies Britain France and Israel attacked Egypt and Ike sided with the Arab nationalist. Recognizing Jerusalem as a capital and the Golan Heights as a legitimate war-won boundary does not mean the US should be drawn into war with Iran. Iran is a legitimate nation-Persian and Shiite and a bulwark against the real leader of worldwide terrorism-the Saudis. President Obama was right when he tried to reset the table in the Muslim Mideast. He acted like Richard Nixon did to change the balance of the Cold war. His own countrymen betrayed him. President Trump was right to recognize Jerusalem the capital of Israel and the Golan Heights as a legitimate war won territorial boundary. What is not legitimate is for Israel to deny Syria the ability to choose their allies(Iran). The key to the Mideast has very little to do with Israel's relation to the imagined nation of Palestine. It has much more to do with establishing a respectful mutual recognition among three sovereign nations: Iran, Israel, and Syria. The courageous moves by President  Trump in recognizing a defensible and coherent territorial Israel must extend to the other nations of the region. Iran, Syria, Turkey and Iraq are established nation states. Within their borders they must be sovereign. The Americans who favor such national integrity for Israel should stop promoting a permanently divided Syria and regime change in Iran.

AN ASIAN DEMOCRAT LIGHTS UP JOE ROGAN: The candidacy of Mr Yang.

ROBERT GRAHAM, THE SAUDIS, AND  9/11: Democratic ex-Senator and ex-Governor of Florida was co chair of the Congressional 911 investigation. A group of investigative journalists and families of 911 are pursuing  members of the Saudi Royal family as co conspirators in the attack.

THE NEW ARISTOCRACY: Education and the 9.9%.


THE LARGEST CATHOLIC AND LARGEST PROTESTANT COUNTRIES IN THE WORLD ARE LED BY NATIONALISTS WHO MET IN THE WHITE HOUSE MAR 19, 2019 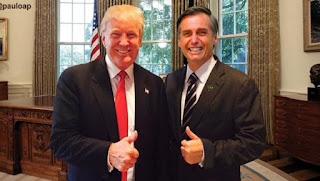 PRESIDENT JAIR BOLSANARO, BRAZIL (through translator): In conclusion, may I say that Brazil and the United States stand side-by-side in their efforts to ensure liberties and respect the traditional family lifestyles and respect to God, our creator, against the gender ideology and the politically correct attitudes and against fake news. The United States changed in 2017, and Brazil has started to change now.

We want to have a great America, yes, and a great Brazil. May I voice my admiration and recognition to President Donald Trump on this beautiful day where we seal the promising alliance between the two most promising and largest democracies in the Western hemisphere, may God bless Brazil and the United States of America.

SENATE AND HOUSE VOTE TO END US SUPPORT FOR SAUDI ARABIA IN YEMEN: California representative is key mover.   AOA Background on Yemen. 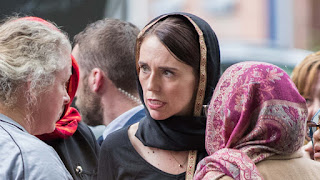 She was very good in compassion--much less serious as a social protector.  Our analysis of the shooter and his manifesto.

SYRIA IN THREE PARTS: Turkish Sunni 10%, Assad Syria 60%, US and Kurds east of Euphrates 30%. ISIS destroyed but Syria is not yet restored.

ITALY JOINS THE CHINA INFRASTRUCTURE INITIATIVE: First the Pope and now the nation.  Italy is Europe's link to Africa--who thinks that way?

VENEZUELA - THE WESTERN LEFT MUST ESCAPE THEIR PARADIGM: Maduro does not deserve support in the name of "the people" against the big bad US corporations. South American leftists know this. Why doesn't Senator Sanders and Rep Cortez. Here is a nine minute video on Venezuela.

TRUMP SUPPORT AMONG CATHOLICS: Slightly down among whites, but has doubled in approval among non-whites.

MALAYSIA'S PRIME MINISTER WARNING ON CHINA: 93 year old Mahathir Mohamad is playing the old role of Lee Kuan Yew as an Asian political wiseman explaining the lessons of history and the way of the nations. Malaysia knows the imperialism of the West and the East. Malaysia has 31 million people. 60% Muslim (Shafi'i Sunni); 20% Buddhist; 10% Christian; 5% Hindu.


INTERVIEW WITH MARY GRESS: Author of the Anti Mary Exposed.    A longer excellent you tube interview with Patrick Coffin.

LEGALIZED PROSTITUTION AND FOREIGN SEX TRAFFICKING: The Netherlands drives local women out and sets up a foreign market in women. Once again unbridled freedom in the West means slavery for somebody in the South.

SOME NUMBERS TO KNOW FROM BROOKINGS INSTITUTE: Demographics.

FOR ALL THOSE ECOFACISTS OUT THERE,  LETS TRY SOME REALITY THERAPY: Who emits CO2 by country and per capita? 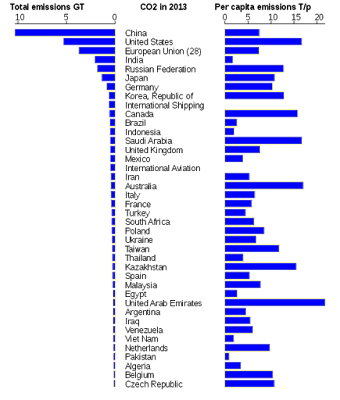