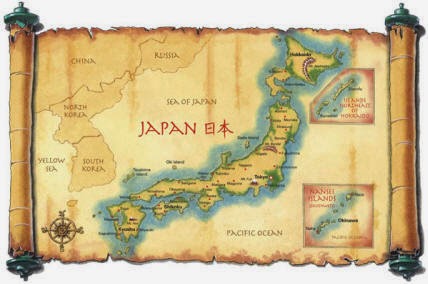 A century ago, Japan -- roughly equal in land area to today's third-largest state (California) -- "bestrode the narrow world like a Colossus."

In the middle of the 1890s, this island nation's military had annihilated China -- and then a decade later, this time with far greater Japanese casualties, defeated Russia!

How many other nations can boast of delivering such a massive one-two punch? This was followed 30 years later with the decision to attack the rising new superpower: America. Japan, of course, managed to go toe-to-toe with us, not for months but years, until finally being vanquished.

"In the august name of the Japanese emperor, the Imperial Army conquered, colonized, and enslaved Manchuria, Korea, Malaysia, Singapore, Burma, the Philippines, Vietnam, Laos, Cambodia, Taiwan, and as much of mainland China as they could reach." 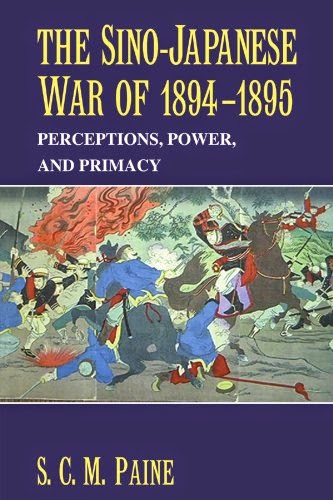 Sarah Paine, who teaches at the Naval War College in Rhode Island, does a good job of explaining the importance of this first war:

"It shattered Chinese hegemony and demonstrated to an astonished West that Japan had become a modern great power... [China was] hurtled on a long downward spiral. The war kicked the bottom out of their world."

One of the central battles of the war was at the mouth of the Yalu (the river border between northern Korea and China.) Some historians call it the most important naval battle since Horatio Nelson destroyed Bonaparte's fleet at Trafalgar in 1805.

The war was also pivotal for Korea on its very strategic peninsula. On the eve before fighting broke out -- Japan, China, and Russia were wrestling for control of Korea.

Prior to this war, Japanese relations with China had been cordial.
And the war caused Great Britain -- master of the Seven Seas -- to hurry to ramp up their navy, and to sign a formal alliance with Japan!

A few months into the war, Japan invaded Manchuria (in NE China); one of those who filed reports from the front was the flamboyant James Creelman.

Founded in 1906, the 'Mantetsu' eventually organized employment for 250,000 Chinese and Russians, and many more Japanese. It organized scores of companies and extraction industries utilizing and transporting the natural resources of that region which the Chinese have never called Manchuria. Over a million Japanese settled in the area during its first forty years of existence when Manchuria was being developed as an autonomous region. The company, protected by a branch of the imperial army in alliance with a Chinese war lord, often acted as a rule unto themselves. Their autonomy led to the withdrawal of Japan from the League of Nations (in 1933) and an assertion of the military within Japan as political actors. The invasion and renaming of Manchuria by Japan in 1931 normalized the reality of loss of Chinese rule in the region. This industrially developed border region with Russia played an important role after the surrender of Japanese troops to Russia, and their subsequent aid to the Communist forces in the Chinese Civil War.]

It's interesting that both the defeated and the victorious dynasties of the Sino-Japanese War came to a close during the same year:

Today, Japan has 127 million people -- the world's tenth most populous country (but 62nd in land area).

For a fine introduction and summing up of the first Sino-Japanese War, check out this magazine essay.

In the treaty ending the war, what important island did China cede to the victors? Taiwan.
Japan controlled it for the next 50 years 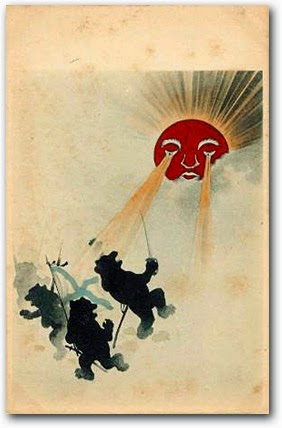 This is a postcard from the time of the Russo-Japanese War, or to use the more imaginative idiom: "The War of the Rising Sun and Tumbling Bear."

This 7-minute video describes the conflict, and the way that Teddy Roosevelt was able to utilize his daughter Alice in a bit of diplomatic "misdirection."

Russia had three times the population and endless natural resources -- but Japan countered by instilling in their soldiers a deep sense of Bushido, the code of honor of the samurai.
[The English analogy of this spiritual equalizer can be heard here.]

This article describes some of the costly battles of the 18-month war.

Japan was a nation which maintained its cohesion while facing completely foreign cultures which they studiously learned from. They developed a functioning state which could act for the communal group. They were the first of the modern nation-states which are now the principal political actors in Asia. The religious ethno-nationalism of “radical Shinto ultranationalism” created a social organism substantially different from the familial patriarchal models of European monarchies. Nor can Japan be explained as just another type of fascism /totalitarianism. It has taken over a half century to properly explain the spiritual and racial foundations of the organism that was 20th century Japan. Japan’s Holy War  by Walter Skya is the indispensable contribution to this understanding.

[Simply look at the ground that the Japanese have made up. Ten years after the end of WWII, "Japan was still one of the poorest third-world countries." Even as late as 1975, Japan's per capita income "was about one-third the figure for the United States."

As T.R. Reid -- who served as Tokyo bureau chief for the Washington Post -- put it, "Japan's postwar miracle sprang mainly from its most important resource: Japanese people."]