Lincoln and Grant -- diamonds in the rough


Richard Henry Dana Jr. (1815-1882) was a member of one of the old blue blood families of Cambridge, Massachusetts. An author and lawyer who prided himself on his compassion for the common man and his anti-slavery work, Dana [pictured] was one of those who -- when he came face to face with the wartime president and the top Union general -- could see nothing beyond their rebarbative edges. 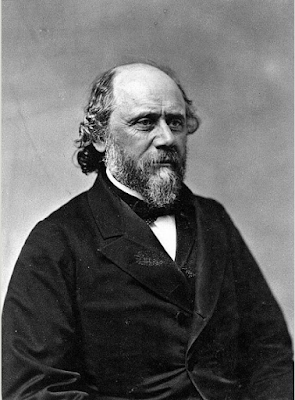 
"Some men looked at Ulysses S. Grant and to their dismay saw in him no trace of breeding or gentility... [After meeting Grant at Willard's Hotel one day] Richard Henry Dana concluded sadly that the man was no gentleman; he 'had no gait, no station, no manner'; he was smoking a cigar, he had 'rather the look of a man who did, or once did, take a little too much to drink,' and altogether he seemed to be an 'ordinary, scrubby looking man with a slightly seedy look, as if he was out of office on half pay.'

A week or so later Dana visited the White House, saw Lincoln, found him no better, and wrote to his father: 'Such a shapeless mass of writhing ugliness as slouched about in the President's chair you never saw or imagined.' "

Mr. Dana -- who wrote the popular Two Years Before the Mast on his adventures as a sailor from Boston to California -- "lamented that Lincoln 'does not act or talk or feel like the ruler of a great empire in a great crisis.' What bothered Dana the most was that the president resorted to parables where principles were needed: 'He likes rather to talk and tell stories with all sorts of persons who come to him for all sorts of purposes than to give his mind to the noble and manly duties of his great post.' " 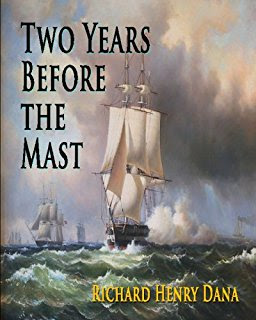 UPDATE: Take a couple minutes to look at this video on the essence of Ulysses Grant by Jean Edward Smith.

Here is how Mr. Smith begins the preface to his biography (2001):


When I was ten or so, my father took me and several of my cousins to Shiloh battlefield. We toured the site and as young Southern boys are wont to do, speculated enthusiastically how the Confederates could have won if only they had done this or that. My father, who was not an educated man, listened attentively and then in his soft Mississippi drawl cautioned us about what we were saying. It was bad for us to have lost, he admitted, but it would have been worse if we had won. The United States would not exist if the South had prevailed, and we should thank our lucky stars General Grant was in command that terrible Sunday in 1862. Grant never lost a battle, my father said, and he never ran from a fight. He held his surprised and battered army together at Shiloh, and when the smoke cleared it was the rebels who withdrew, leaving Mississippi open to the Union's advance. Grant saved the United States, my father said, and we should be "damn glad" he did. I had scarcely heard of General Grant before then, but from that day on I was hooked.

Bruce Catton relates how one of Lincoln's secretaries, William Stoddard, asked about Grant's capacity as a general --


The President said: "Stoddard, Grant is the first general I've had! He's a general!" Stoddard asked what he meant by this, and Lincoln explained:

"I'll tell you what I mean. You know how it's been with all the rest. As soon as I put a man in command of the army he'd come to me with a plan of campaign and about  as much as say, 'Now, I don't believe I can do it, but if you say so I'll try it on,' and so put the responsibility of success or failure on me. They all wanted me to be the general. It isn't so with Grant. He hasn't told me what his plans are. I don't know, and I don't want to know. I'm glad to find a man who can go ahead without me."