Father and Sons and the Final Four: A Metaphor of Sports and Nation

His father and his father's brothers had gone to UVA. Throughout the 2019 season from three different states, he and his elder brother and his dad watched Virginia basketball "together"  and formed their own electronic troika of commentators. When Virginia passed through the Elite Eight in a providential comeback, the sons resolved to fly their dad to the heart of the country. They paid the scalper's price to sit together in a football stadium on the banks of the Mississippi River. They looked down on the Cavaliers who carried the banner of their state into battle.
Young men from Michigan and Texas and Alabama carried their territorial colors into the same arena. The battle was fought within a set of ancient agreed upon rules. A clock was ticking throughout to establish the limits. The young men on the court were representing the men in the stands as well as women and children watching from afar. The young men on the court melded individual excellence in the alchemy of teamwork that transforms a group into so much more than the sum of its parts. Five  loaves and two fishes will feed  five thousand.  On the sidelines, a much older man who had taught and shaped them gave them guidance amidst the rancor of the crowd and the hostile resolve of their competitors.  They were here because they had disciplined themselves in coordinated work for years. This was not a test they crammed for the night before. They were a model for universities in achieving the human excellence, leadership  and fraternity which sustains the city and nation. They played for a state bigger than themselves as males throughout the history of tribes and states and nations have fought for their larger social group. The colors of their team blotted out the color of their skin while accentuating the virtue of their masculine character. Like every great nation, their male brotherhood of shared duty attracts the larger body of men, women and children in a common identity around the male matrix.
The father had introduced his sons to this world  and when they came to Minnesota, they came as Virginians. Loyalty to the larger territory is taught in the school of territorial duty to one's state. Before the great contest, the father and his sons stood in ritual attention and allegiance to a common flag which noted each state there by one of fifty stars. We can forgive them that as Virginians they knew they could claim a stripe as their own as well.
A nation is a brotherhood under God. To survive through the ages, it needs institutions of transmission. Nations need great Universities to pass on a culture of shared learning, work skills, character habits, duty and historical identity. Let us suggest to our feminized, fragile and fragmented modern Universities that one path to reform may follow the road to the Final Four. The basketball programs in these four schools are far from being a commercial sideshow unworthy of the "serious research" and contrived new disciplines of academia. Here is a modest proposal from college basketball's most  refined ritual performed this year in Minneapolis on the  Mississippi. Abolish the gender studies departments, the human resources and diversity offices and the English departments. Build the University around sports programs, agricultural and engineering programs and a return to the masculine languages of Latin, Hebrew, Greek and traditional English. Encourage the civic acknowledgment of God in public prayer. Advance the manual arts of geospatial imaging and technology. Teach military history and tactics.  Restore the masculine character of  purposeful public speech by teaching Logic, Grammar and Rhetoric.  Allow the representational pronoun, "he" to represent all people as Christ represents us all; as our male athletes represent our states and as our martyred male soldiers  represented all the persons in our nation.
The father taught his sons. The sons honored their father. They thought they were simply going to  a basketball game in Minneapolis and so they were.  But their act of filial piety was also living out the core relationship of Trinitarian Christianity. And the territorial loyalty of the father and his sons  to the black and white warriors of UVA  were a living expression of the interracial Christian brotherhood that is the heart of American nationalism. 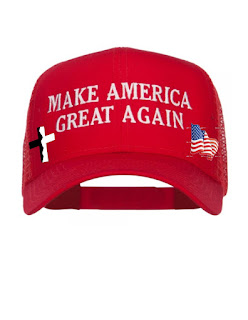 
JOHN BRENNAN: Some connections with the Russia hoax.

TURNING THE TABLES: The foreign collusion was with British and Australian Security Officials. John Brennan is knee deep. Even though they are English speaking white guys, aren't they still foreign agents? Victor Davis Hanson is naming them. John McCain was more involved than Hillary Clinton. This is about venal US officials and a serious foreign intelligence actor trying to stop a new alliance.

CHRISTOPHER STEELE - THE REAL FOREIGN INFLUENCE IN OUR ELECTION: He served his country well - the trouble is he's not an American. No country is hurt more by a new great power alliance (Russia, China, US,  Germany) than Britain already playing an out-sized role in international politics.

HOWARD SCHULTZ STARBUCKS FOUNDER AT FOX TOWN MEETING: Takeaways from the whole session: The president is not fit for office because of character. The Democratic field is too far left to defeat the president or govern the country.  Medicare for all would disrupt 67% of population with private health insurance. 56% of population has employer-based coverage. He is against third trimester abortion. He thinks border security is a real issue (differing with Democrats) and would find a path to citizenship for 12 million present illegals (differing with right-leaning Republicans). Our biggest enemy is Russia. ("We are virtually at war with them") China is a serious competitor. The President is wrong to remove us from Syria. He was also wrong to leave nuclear deal with Iran but he sees Iran and Russia as significant problems in Mideast. He would be first Jewish president. He went to AIPAC and noticed many Democrats absent but does not consider them anti-Semitic. He is against reparations for slavery. A clear speaker, well traveled and seems normal psychologically. He never had a chance for Democratic nomination though he would be a very strong candidate backed by a party. By far his most troubling comments were about Russia, but at least in this format we know clearly who he sees as competitors and who he sees as an enemy. Is that clear with other candidates? Isn't that important in deciding who will be commander in chief?


REFLECT ON NATO: with Pat Buchanan.


ISLAM - REJECTED BY RIGHT AS A RELIGION; ACCEPTED BY LEFT IF SEXUAL MORALITY LEFT AT THE DOOR: Religious, liberty, and Islam.

UNIFYING AUTHORITY STRUCTURES: A defense against the lone wolf killers. Philip Rieff insights reported by Rod Dreher: "The death of a culture begins when its normative institutions fail to communicate ideals in ways that remain inwardly compelling, first of all to the cultural elites themselves." (RIEFF). The greatest challenge facing believing Christians today is to communicate the faith and its teachings in way that remain inwardly compelling to ourselves and our children.

JORDAN PETERSON AND RELIGION: Jordan Peterson goes to Liberty University. Oxford has withdrawn its invitation for Peterson to come and learn together. This evangelical University so full of  bible thumpers had no problem welcoming the discussion with a man who calls their savior "a hero".

THE GAY LIGHT SKIN RICH BOY AGAINST THE CITY FATHERS: Chris Rock on Jessie Smollett. Chicago Police Chief Eddie Johnson and Mayor Rahm Emanuel are protectors - their press conference after charges are dropped.  The great hoax:Jussie Smollett is no Jackie Robinson--and he never was.

DISINTEGRATION OF CAMPUS CULTURE IS NOT A LEFT WING COUP: It is middle class human resource departments and global corporate capitalism with a boost from accrediting agencies.
Posted by anthropology of accord at 9:00 AM