by A. Joseph Lynch
THE BRIEF
KABUL: BIDEN'S SAIGON
PRIDE COMETH BEFORE THE FALL 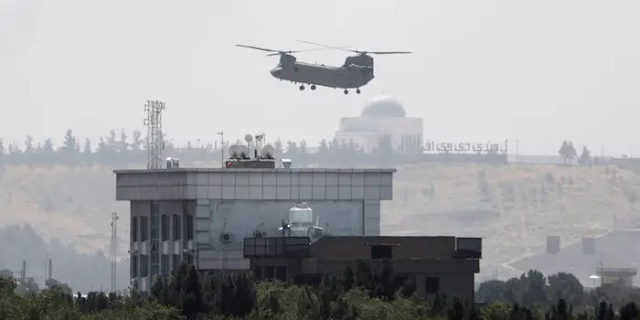 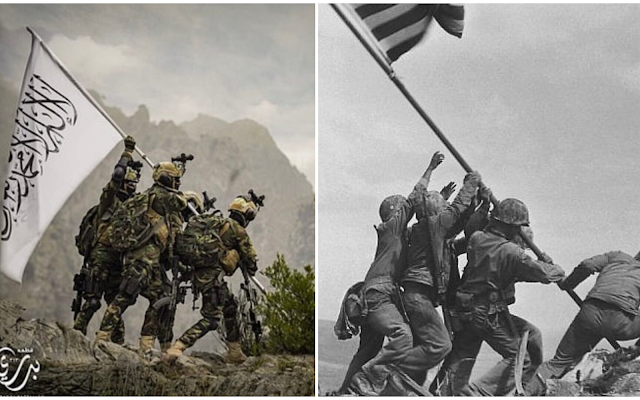 NORD STREAM 2 PIPELINE: Russia has been busy building it's "Nord Steam 2" natural gas pipeline via the Baltic Sea to Germany - thus cutting the Ukrainian middle man out of the profits. The results will see Ukraine lose nearly 20% of it's revenues once Russia stops sending gas through the eastern European nation. Ukraine is livid, Germany is glad it's winter heat will no longer be endangered by a Russian-Ukrainian war, and Russia still has the ability to use its gas supply as leverage over the Germans. Putin scores again. Meanwhile the US, which needs help from the Germans and the Russians in Afghanistan, have angered both by announcing new sanctions over the pipeline.
AUSTRIALIA'S COVID CAMPS: Many people were called conspiracy theorists for venting fears of future COVID concentration camps. Sadly these fears are becoming reality in Australia as a Queensland regional quarantine facility is now under construction. Our advice to Australians: Do not comply when officials tell you to board the train cars. We've seen this before - it never ends well for those who board the trains to the camps or the gulags. New York City's draconian passport rules - which appear to  disproportionately affect minorities, especially blacks - is not far behind the Australia. Some suspect California would be as bad were it not for the Governor Newsom's recall threat.
DUTERTE AS VICE PRESIDENT: President Duterte of the Philippines will not retire in the face of partisan-induced trumped up criminal charges after he leaves office. Instead, the term-limited president will prop up an advisor in the next presidential election while running alongside him as vice president. It's a bold move, one that echoes Putin's role as Russia's prime minister from 2008-12, but one that Duterte needs to take in order to continue his policy initiatives and avoid political persecution.
CHINA THREE-CHILD POLICY: China is realizing it's facing a demographic crisis. Back in 2015 it began "allowing" couples to have two children - but has now increased that number to three. Some experts believe the number may soon increase to four. At what point will China come to its senses and end its limits on the family altogether?
IV. CULTURE OF LIFE, CULTURE OF PROTECTION
RETURN OF JIM CROW? Despite the left blaming America's low vaccination rate on conservatives, studies reveal that minorities are well behind whites in terms of the coronavirus vaccine. Now that places like New York City are essentially requiring ID to enter any public building, the policy will unfairly target blacks and other minorities. It was Democrats who created Jim Crow, and it appears they're in the process of bringing it back.
RULES FOR THEE, NOT FOR ME: Obama threw himself a large birthday party and from what information has leaked about it, the party was mask-free, social distance-free, and for many, vaccine-free. A NY Times reporter dismissed conservative criticism of the event because the crowd was "sophisticated". Meanwhile Fauci denounced an outdoor gather of bikers at Sturgis while remaining utterly silent about the Obama party and the spike of cases it brought to Martha's Vineyard. All this is not to mention the reported influx of narcotics to the island ahead of the party and the three DUIs made from partygoers afterwards.
JUSTIFED ANTI-VACCINE STANCE? MSNBC host Joy Reid says it was okay to be anti-vaccine in 2020 because Trump was president. In her head Trump was evil and thus the government couldn't be trusted. It makes one wonder if the situation today would be reversed were Trump still in office, with Democrats unvaccinated and Republicans lining up for the shots.
NO MORE "MASTER" BEDROOMS: A civil rights lawyer is under fire for praising the gradual elimination of the term "master" bedroom from use in Minnesota due to its supposed connection to slavery. Of course, the term "master" bedroom has its origins in the 1920s, decades after the destruction of slavery in America. If the absurdity continues American's will have to phase out terms like "master's
degree, "master" key, and "master" plan.
"RACIST" ROCK REMOVED: The University of Wisconsin has removed a rock after declaring it a "painful symbol of racism." This is what we call Racial Pareidolia.
Posted by Andrew Lynch at 12:00 AM No comments: