I agree with Mr. Farmer that, eventually, Archbishop Nienstedt should resign his office because of his role in the Reverend Wehmeyer and Reverend Shelley cases. If he is charged with a crime, he should protect the Archdiocese by standing trial as himself and claim his sins as his own. A shepherd does not hide in the midst of his flock when the wolf comes, but leads the wolf off to a side and battles it alone.

Those of us who know our local Church reject much of the "Get Nienstedt" campaign as a continuation of the unprecedented sabotage against him and his office before he assumed the pallium.  This rebellion against him was not because he was corrupt, but because there was a fear his opposition to gay marriage in the state would extend to a purging of the gay lobby and dissenters in the  priesthood and Catholic schools. To take on the employment dens of the sexual Left is to make a lot of enemies.  The Archbishop, however, focused on state laws and never confronted or even acknowledged the Church subculture of feminist and homosexual careerists who have so undermined a healthy masculine protective priesthood for half a century. Those he failed to expel have covered him with shame. The Archbishop found himself in a kind of JFK “Bay of Pigs” situation. He gets dropped in a sewer not of his own design – and then he is called the rat.

Like his predecessors he allowed a woman in high places. Unlike them, he chose a different kind of daughter of the church. Her capacity for repugnance toward the bizarre and perverted had not yet been deadened. Nor were her moral sensibilities tricked by the criminal reasoning of Kevin McDonough. Breaking a 40-year spell of fear and obsequiousness by neutered priests and compliant feminists, she dared confront McDonough. In measured and concise writing, she refuted his tortured arguments defending the bizarre behavior of the sexually disoriented. This feminine voice introduced a new kind of cognitive dissonance to a culture built on the same. She had to be let go – or McDonough was discredited – and with him an army of well-paid psychologists, lobbyists, risk managers and lawyers who had made millions coating corruption with ever more policies, procedures, and psychology sessions. Like so many bishops before him, Nienstedt was confounded by our own Professor Moriarity: the "respectable,  untouchable Napoleon of Crime" as Sherlock named him. Archbishop Nienstedt heeded McDonough. Mrs. Hasselberger resigned. 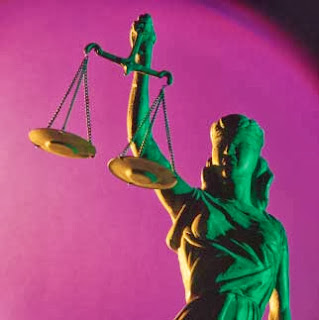 Before he resigns, Archbishop Nienstedt could truly reform his corrupted priesthood (not with outside agencies of lay professionals, but with pure and brave clerics properly using the internal offices of the local Church.) Their standards of reform would be our creed, our sacraments, our Commandments and purity codes – and, above all, a commitment to lives of priestly prayer in rectory, at the altar, and even on vacation. He could also employ, not in fabricated positions of authority but as real counselors, truly holy women who could look with pure hearts at the impure records of these last forty years and give him sisterly advice. Look how devastating and illuminating were the eyes of one such woman.

A true reform of our local priesthood would shape that fraternity in the form that Pope Francis says must replace conflicting ideologies: a brotherhood of fathers modeled after St Joseph.  Archbishop Nienstedt's promise to resign and repent after completing that internal act of reform would confirm himself as one of the first true bishops of the Pope Francis era. He would be the antidote to the careerist. This shepherd would lay down his career for his flock – a pastoral act that living Catholics have never beheld in our local Church.

SAUDI ARABIA AND THE U.S.: a growing wariness


We have questioned why in the Shiite/Sunni religious war, the United States should work to topple any of the established Shiite states (Iran or the shrinking Alawite state in coastal Syria).

We see much of the continued violence in Iraq as the refusal of Sunni terrorists to accept the elected government of a Shiite majority state. These states may turn out to be the best allies of Christians in the Mid-East and around the world against the Sunni purification movement that we call the “jihadists.” This seems to be the position of Orthodox Russia whom we see as a natural ally in the global reconfiguration occurring today – replete with nationalist actors, Islamic religious alliances, and atheistic globalists.  What is missing are Christian nations understanding themselves as the political forms of Christian civilization who should be major players in proposing a strategy for nations to enhance the tranquility of order. 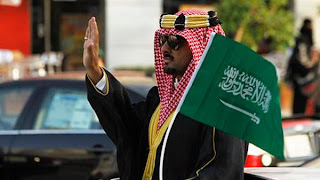 The old arrangement of treating Saudi Arabia as our major Mid-Eastern ally must be radically reconsidered. It is hard to disagree with any of the insights in this long overdue article by Fareed Zakaria.

Posted by Farmer at 7:10 PM No comments: