Jansenism: the gift of grace requires no human assent

"Jansenism doesn't seem to breed so much a love of God as a love of asceticism."
(Flannery O'Connor)

Pius XI in the 1920s mentioned one of the ways the Church countered the heresy that is often termed 'Catholic Calvinism':

"... the feast of the Sacred Heart of Jesus was instituted at a time when men were oppressed by the sad and gloomy severity of Jansenism, which had made their hearts grow cold, and shut them out from the love of God and the hope of salvation." 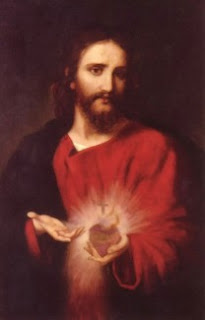 The Jansenists -- unlike their Jesuit opponents -- discouraged frequent Communion.  Their main base was the Port-Royal Abbey in Paris.

Blaise Pascal is often cited as one of their most renowned followers.  But Peter Kreeft insists that Pascal was neither a Jansenist nor a Protestant.  (He says the 17th-century Frenchman -- along with Saint Augustine and C.S. Lewis -- is among the most powerful ecumenical bridges between Catholicism and Protestantism.)


The Polish philosopher Leszek Kolakowski (d. 2009) on the bitter polemics between the Jesuits and the Jansenists:


"Good arguments may be advanced to show that both sides were right in their accusations.  Jansenists were on firm ground in saying that they were faithful to the Augustinian teaching, and quite justified in scenting Pelagian errors in the Jesuit theology. The Jesuits were no less right in demonstrating the fundamental conformity of Jansenist tenets with Calvin’s theory of predestination."


UPDATE -- Pence sent this regarding the good of sharing masculine protective duty:


BENEDICT XV (1914-1922) …"inaugurated a reconciliation with France. Ironically he was helped here by the war he hated so much. The abrogation of the Concordat had meant the French clergy and seminarians lost their immunity from military service. Twenty-five thousand French priests, seminarians and religious were called up and went to the trenches, and their participation in the national suffering -- in sharp contrast to the non-combatant status of chaplains in the British army -- did a great deal to dissolve inherited antagonisms between Church and nation. The Pope signaled the new spirit of reconciliation by canonizing Joan of Arc in 1920, a highly imaginative symbolic gesture: 80 French deputies attended and the French government sent official representatives.” (from SAINTS AND SINNERS: A HISTORY OF THE PAPACY by Eamon Duffey)