Tocqueville and his buddy spent a couple weeks traveling in the deep forests of Michigan:


"In the middle of nowhere they found warm hospitality.  Coming upon an isolated log cabin in the dark of night, they advanced with extreme caution, and as Tocqueville described what happened next, just when they started to climb the fence, ‘the moon revealed, on the other side, a huge black bear.  Standing on its hind legs and pulling on its chain, it indicated clearly enough that it intended to give us fraternal welcome.  “What the devil of a country is this,” I said, “where they have bears for watchdogs?” ’  The owner of the cabin told the bear to be quiet, cheerfully took them in as guests, and went out in the moonlight to scythe down grass for their exhausted horses.” 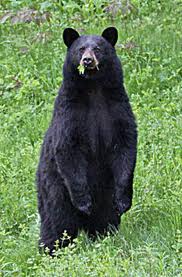 UPDATE:  A surprising influence on Tocqueville coming to stress the habits of the heart --

"Rousseau was one of the three writers whom Tocqueville honored most deeply (the others were Pascal and Montesquieu), although his radical reputation made it unwise to invoke him explicitly.  According to Rousseau, ‘The most important law of all is engraved not on marble or brass but in the hearts of the citizens… It preserves a people in the spirit of their founding, and it imperceptibly substitutes the force of habit for that of authority.  I am speaking of mores and customs, and above all of opinion, a subject which is unknown to our political theorists, but on which the success of all the other laws depends.’ ”