Gender differences are complementary.  It would certainly clear away some societal confusion if our artistic elites ever preached what they practice!
(They know in their hearts that sex roles are neither noxious nor antediluvian but, rather, the foundation of a vibrant culture.)

I looked up a dozen symphony orchestras: Chicago, LA, Philadelphia, NY, Cleveland, Boston, San Francisco, and Minnesota – plus London, Berlin, Vienna, and St. Petersburg.  Each and every one of them employs a man as music director. 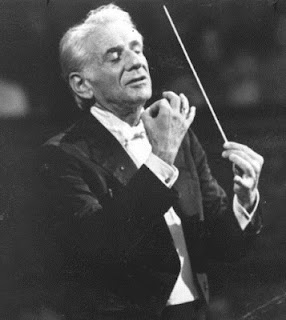 Hollywood has been handing out Oscars for nearly nine decades.  Every year the award for Best Director goes to a man.
(The sole exception was three years ago when the director of “The Hurt Locker” – the Iraq War movie about a bomb disposal team – won the Academy Award).

Maybe busting up all-male West Point, or declaring illegal every fraternal civic group such as the Jaycees, was not such a forward-looking idea after all...

UPDATE: Conservative columnist Peggy Noonan is gaga over the fact that the Senate is now twenty percent female:


In an interview with ABC's Diane Sawyer, they spoke of the difference they feel they make. Susan Collins (R., Maine) said that "with all due deference to our male colleagues . . . women's styles tend to be more collaborative." Claire McCaskill (D., Mo.) said women in politics are "less confrontational." Amy Klobuchar (D., Minn.) said they are more supportive of each other. Lisa Murkowski (R., Alaska) suggested women have less "ego." Dianne Feinstein (D., Calif.) said they're effective because "we're less on testosterone."

It was refreshing to see so much agreement…


Thank you, ladies, for making it clear that if we only neuter all the men, the path to sunny uplands will be less steep.
Senator Feinstein makes the perfect Sherpa guide: “Cash for guns – and a whopper bonus for gonads!”
Posted by Farmer at 6:39 PM