Catholic Education vs. the Modern University 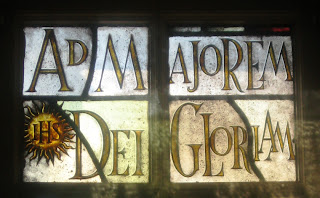 The denial – in March 2013 – by an education official at Gonzaga University (Spokane, Washington) of a student request to form a Knights of Columbus chapter is a perfect local instance of the fundamental contradiction between the communal tradition of Catholic education and the individualistic tenets of modern universities.

The Catholic tradition, grounded in the reality of God-made-man who is incarnate in every daily Mass, posits transcendent truth claims about God, man, and nature… and searches from there into the unknown. The modern university begins with the individual – whose nature is unknown – but whose autonomy is paramount. One tradition builds community from a Trinitarian communal reality. The other assembles a gathering place of atomic monads free to seek their own individual truths and, more urgently, their individual career paths.

Dr. Sue Weitz is the official. She has played multiple administrative roles in her own distinguished career, winning her PhD from Gonzaga University in a discipline called ‘Higher Education Administration.’ As Vice President for Student Life, she flawlessly recited the modern tenets in her letter turning down the request:


“The Knights of Columbus, by their very nature, is a men’s organization in which only Catholics may participate via membership… These criteria are inconsistent with the policy and practice of student organization recognition at Gonzaga University, as well as the University’s commitment to non-discrimination based on certain characteristics, one of which is religion… [I] believe strongly in the University’s commitment to non-discrimination and inclusivity… If Gonzaga was an institution that served only Catholics and limited the benefits of the collegiate experience only to them, the decision-making process may have been different… To embrace the diversity and yet endorse a group based on faith exclusivity is a challenge that cannot be reconciled at this time… It is a decision about social justice, equity, and the desire of the University to create and maintain an environment in which none are excluded.”


Dr. Weitz, in an earlier University podcast, had explained the difference between a Jesuit University and state schools: “It is total student centeredness – it’s all about the student…”
The official motto of the school actually has a different emphasis borrowing from the Jesuits: AMDG (ad majorem Dei gloriam) which means “All for the greater glory of God.”

Now, the lesson to learn from this embarrassing story is that both the hyper-individualism of student-centered culture and the fetish for inclusiveness as the crowning attribute of social life are deeply related and quite unlike the religious military spirit of Ignatius Loyola. Our new Jesuit pope has said, "The evils that, over time, happen in ecclesial institutions have their root in self-referentiality and a kind of theological narcissism."

Communal associations based on deep commitments to transcendental truths are precisely the forms which oppose the self-referentiality which is the evil of our day.

In the academic literature which reflects on the nature of community and intermediate associations like student clubs, there is a term called “social capital.”  Exclusive organizations are capable of forming the bonding kind of social capital which is the “super glue” that precedes and makes possible the bridging social capital which “oils” the broader relationships of society.

Dr. Weitz is no ogre. She is a daughter of her age, and absolutely consistent in enforcing the modern ideology:  every student an autonomous individual, and every organization a place to benefit autonomous individuals. But she should not mistake such a policy with the Jesuit or Catholic tradition. Truly, that is not how community works – especially a community aiming to increase the glory of a Living God. The Knights of Columbus (the instance at hand) were formed in 1881 to provide for the widows and orphans of deceased members. The men exclusively bonded, and the least fortunate women and children benefited.

The Catholic Church is known for three meals. There is the highly restricted Eucharistic communion, available only to Catholics in a state of grace and administered by an exclusively all-male celibate priesthood. There are the KC and Holy Name pancake breakfasts open to all who will pay a small price, and promise to listen to the programmed speakers. Finally, throughout the world’s slums and city streets there are kitchens and centers whose price for drink is one’s thirst and whose charge for food is hunger. The restricted sharing of Christ’s Body on our altars is fundamentally related to the unrestricted sharing found on those streets and in those slums. We can be calmly confident the Gonzaga superiors of Dr. Weitz will correct her error – that too is the Jesuit tradition. 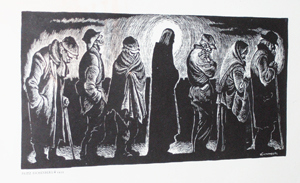