The summons sent by Muhammad to the Byzantine emperor 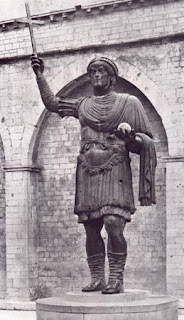 Muhammad was born in Mecca in 570.

The Islamic prophet sent a message in 628, four years before his death in Medina, to Heraclius – emperor of the Byzantine Empire (pictured above):

(In other words, "submit [convert to Islam], and you will have peace.")

Heraclius was emperor from 610 – 641, and was the one who made Greek the official language of the Eastern Empire (which endured for another eight centuries). 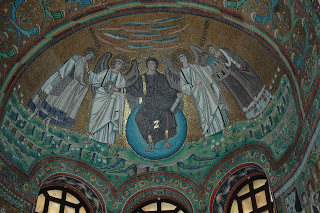