Friday BookReview: the perspective of the Central Powers in the Great War 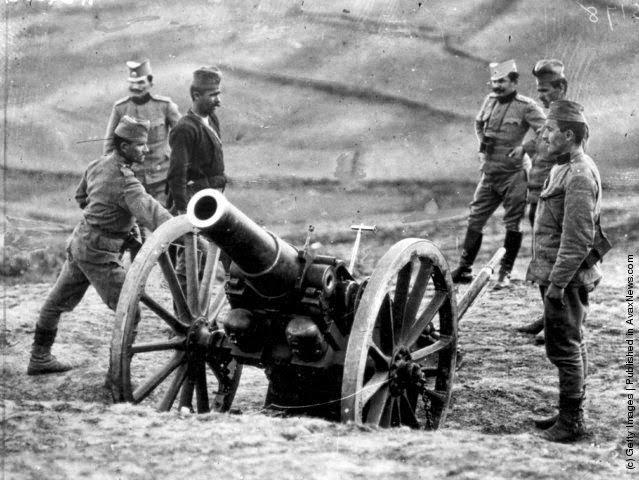 One of the volumes in most Top Ten lists about the Great War is The First World War: Germany and Austria-Hungary 1914-1918. Holger Herwig, who has taught for years up in Calgary, wrote the book two decades ago.

From a reader's reaction:


"The most interesting aspect of the book was the relations between Germany and Austria-Hungary... [Herwig writes] about the strained relations between the two most important Central Powers in great detail. In theory, they started the war as equals, but that changed by 1915. After the first year of the war, Austria-Hungary became increasingly dependent upon Germany during the major campaigns in the East. German soldiers also propped up the Austro-Hungarians in Italy. According to Herwig, the Austro-Hungarians lost any ability to continue the war without German support after the Brusilov Offensive of 1916.


"The author stressed that the two powers did not always cooperate. Both sides lied to each other about their plans in Russia in 1914. The Austro-Hungarians waged an ill-fated offensive into Italy in 1916... The best example of their lack of cooperation was when Emperor Karl of Austria-Hungary actually proposed that Germany cede Alsace-Lorraine to France... Herwig also wrote about the strain between these two allies in regards to who would get supplies (especially food) from Romania and Russia.


"The Habsburg Empire also had to play a careful balancing act between its myriad of nationalities. Some, such as the Czechs, were reluctant to fight the Russians, and many deserted. There was also a great deal of mutual antagonism between those national groups. Many groups in the Hungarian section of the Empire resented the high-handed nature of their Magyar overlords. According to Herwig, the Hungarians resented having to turn over some of their food to the Austrian part of the Empire.


"The relationship that Herwig portrayed between Germany and Austria-Hungary paralleled that of Great Britain and the Thirteen Colonies in the French and Indian War (1754-1760 in North America). The dominant power (Germany) looked down on the other power as being weak and petty in its self-interests; consider the quote: 'We are allied to a corpse.' On the other hand, the weaker power (Austria-Hungary) resented being taken for granted and bossed around by Germany. In 1918, Ludendorff even proposed that Germany should invade Austria-Hungary if relations continued to deteriorate." 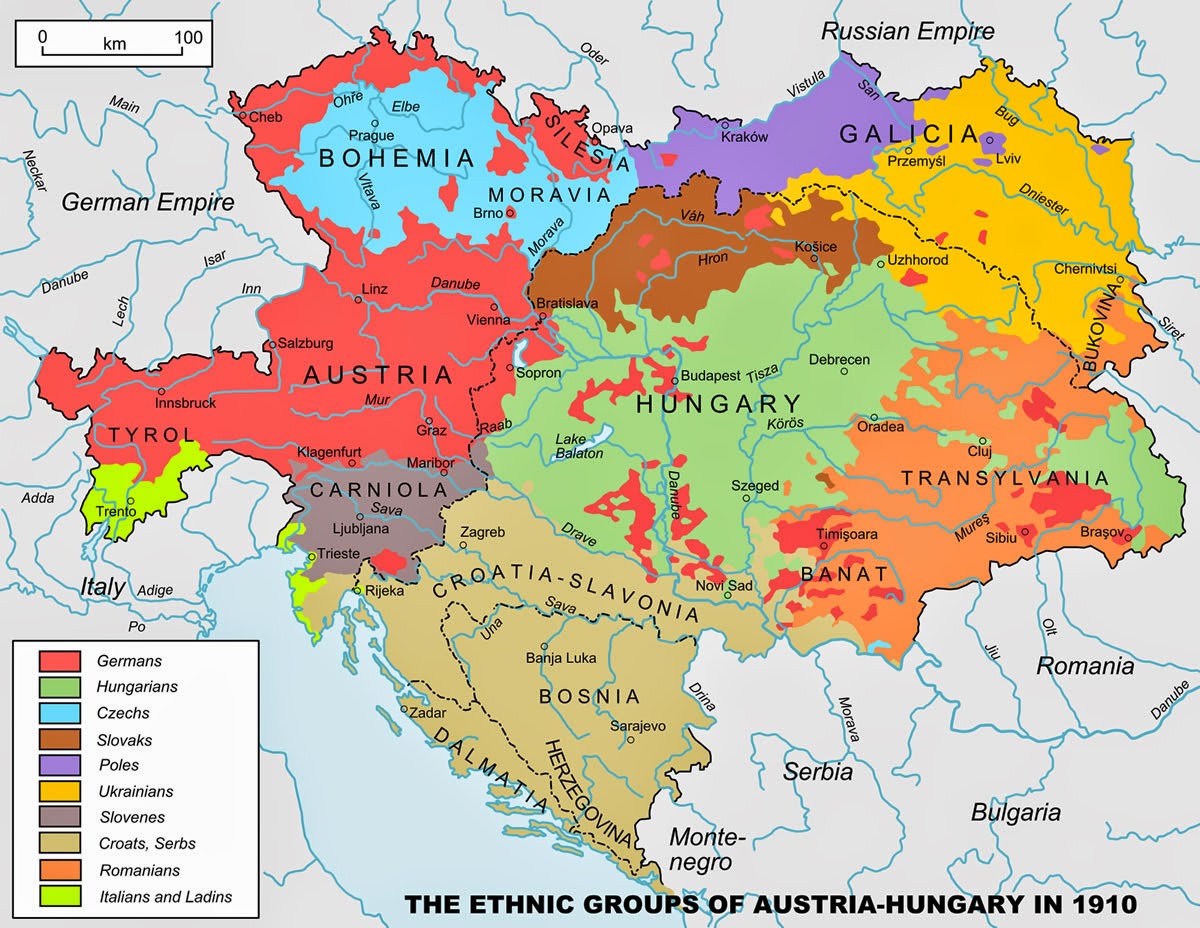 From an interview with Professor Herwig:

Do you sense a resurgence of interest in military history?
"Yes. And it’s mostly by young people. World War II is now basically their grandparents’ memory, so they’ve heard very little about war from their parents. And in Canada, they have this image that we’ve always been peacekeepers—wearing blue helmets and never firing a shot. Our combat role in Afghanistan is helping change that image. But many young people are still really surprised to learn Canadians played a significant combat role in the Boer War, both world wars and the Korean conflict. They are amazed to learn that, coming out of World War II, Canada had the world’s third largest navy and was immediately tasked by NATO with patrolling the Atlantic against Soviet submarines."

So there’s keen interest, but not a high level of knowledge?
"Unfortunately, no. Our high schools are failing to teach Canadian history—including our military history."

Why is that so important?
"It can be argued that Canada came of age during the Battle of Vimy Ridge in April 1917. That’s when the Canadian Corps did what the British and French could not do. That’s when our troops became first-rate, front-line fighters commanded by Canadians—and not just cannon fodder for the British Empire. Our young people need to know that." 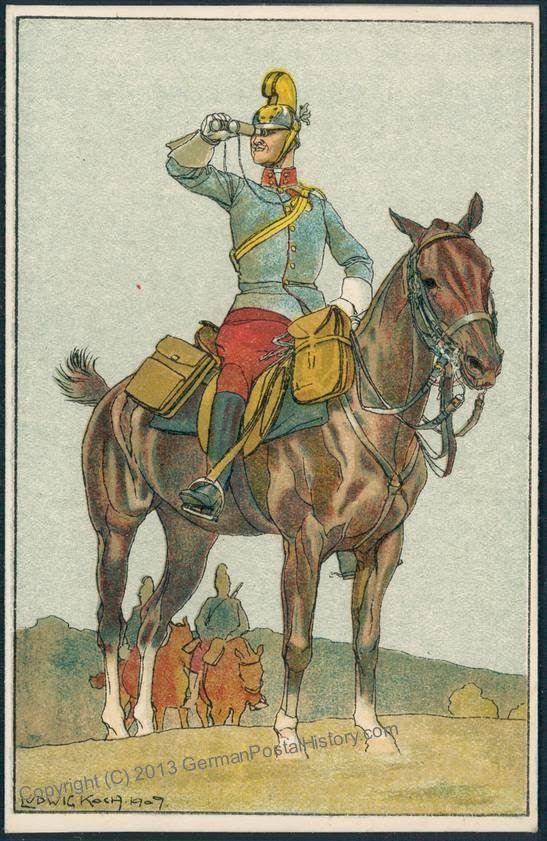 A new work, with similar emphases, has now been issued: Ring of Steel by British historian Alexander Watson.

From a review of the book in the 'Guardian' newspaper --


"Its starting point is that, however terrible the war was for the British – with a million dead – it was much, much worse for the peoples of central and eastern Europe. It didn't just kill huge numbers of them, it brought shattering defeat and ushered in a century of political upheaval and ethnic conflict." 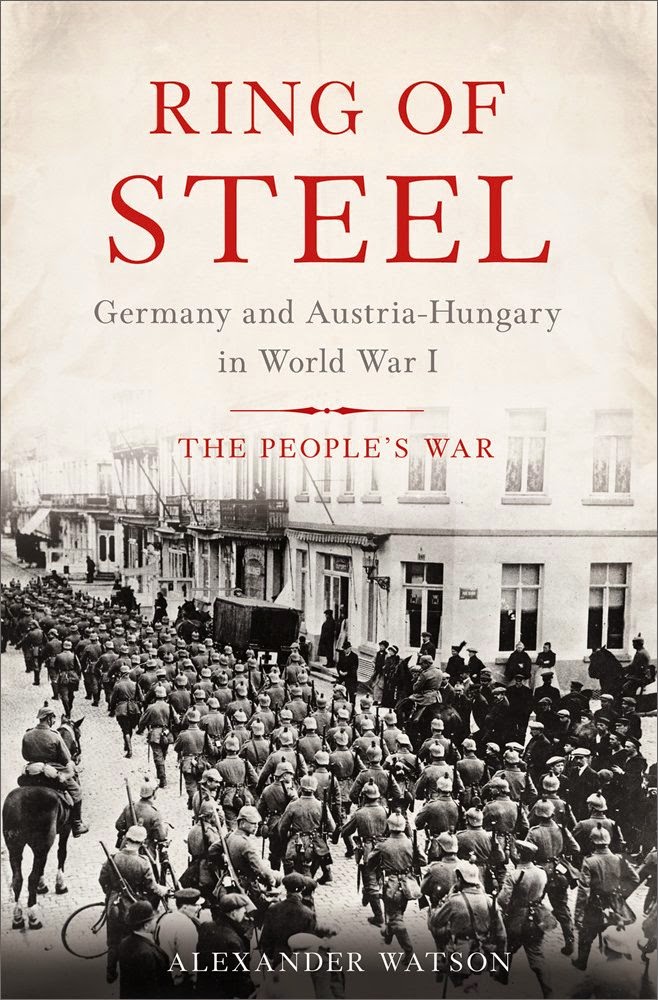 A couple comments from readers:


"The Germans and Austrian governments were surrounded by a ring of steel. Great Britain had the best navy in the world which was used to blockade German ports. As a result there was mass hunger and in some cases even starvation in the Reich and Austria-Hungary. The Germans and Austrians faced better equipped and armed enemies, losing millions of men in the trench warfare of the Western Front. The Russians invaded Germany and surrounded the Kaiser's.. over-matched army."

"The [Habsburg monarchy's] officer class proved far more effective at hounding its ethnic minorities into active dissent than in actually defeating opponents in the field, and its Hungarian oligarchs in the east were brutally selfish and suicidally myopic in their narrow focus on ethnic hegemony."

Professor Watson describes how, in the Habsburg empire, "mobilisation took place within individual national communities, each of which understood the war in different ways. This became a problem as the war dragged on and the claims of different national groups clashed."

From a review in the 'Financial Times':


"[Watson] claims that the Allied side was primarily responsible for radicalising the war. Britain plays a central role in his argument, as its entry transformed the conflict into an attritional one between economies and societies. Britain’s blockade, the epitome of economic warfare and at the very least dubious under international law, entailed the targeting of civilians and provoked German unrestricted submarine warfare.

"The most profound radicalisations took place in eastern Europe, in the lands fought over by German, Habsburg and Russian forces..." 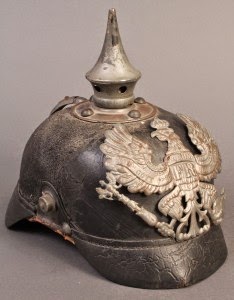 The literature review "Open Doors," based in Boston, points to an intriguing assertion that everything might have been different if the Central Powers could have held out a bit longer, and resisted the temptation to unleash their submarines -- which caused America to declare war in the spring of 1917.
An excerpt from Ring of Steel:

"Unbeknownst to the Germans, the exertions of the past year had almost bankrupted the British. Paying for food and raw materials such as steel, as well as semi-finished or finished armaments, was costing the Treasury two million pounds a day, and British gold reserves and securities were on course to being exhausted by March 1917. Meanwhile the French army, even more than its German opponent, was demoralized after the bloodletting at Verdun and on the Somme. Its disillusionment with its commanders would break out in a mass strike in the spring and summer of 1917. Most ominous, the Russian Empire was on the verge of revolution. Little over a month after the unrestricted submarine campaign started on 1 February, the Tsar was overthrown by a popular uprising, an event that could have upturned the strategic situation and gifted the Central Powers a real chance of triumph. Instead, as one great enemy gradually collapsed, another, thanks to the U-boat campaign, entered hostilities."