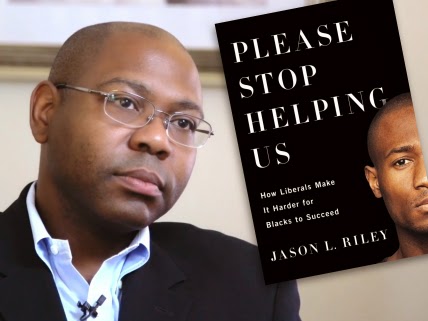 
Black elites are eager to blame bad black outcomes on bigotry and quick to denounce or mock anyone who offers an alternative explanation. But we should be thankful that black leaders of yore didn’t pretend that racism must be vanquished from America before blacks could be held primarily responsible for their socioeconomic circumstances.

I mentioned that King quote, which comes from a 1961 profile of him in 'Harper’s Magazine,' in a [newspaper] column several years ago. Some readers accused me of fabricating it. In the era of Al Sharpton, apparently it is hard for people to believe that leading civil-rights leaders used to speak so frankly about black self-help and personal responsibility. Which may be all you need to know about the quality of those black leaders today—and the commentators who carry water for them.

Here is how true pathfinder Thomas Sowell, a "lion in winter" now in his mid-80's, sums up the arguments of Mr. Riley:


Back in the heyday of the British Empire, a man from one of the colonies addressed a London audience. “Please do not do any more good in my country,” he said. “We have suffered too much already from all the good that you have done.” That is essentially the message of an outstanding new book by Jason Riley about blacks in America. Its title is Please Stop Helping Us. Its theme is that many policies designed to help blacks are in fact harmful, sometimes devastatingly so. These counterproductive policies range from minimum-wage laws to “affirmative action” quotas.

This book untangles the controversies, the confusions, and the irresponsible rhetoric in which issues involving minimum-wage laws are usually discussed. As someone who has followed minimum-wage controversies for decades, I must say that I have never seen the subject explained more clearly or more convincingly. Black teenage-unemployment rates ranging from 20 to 50 percent have been so common over the past 60 years that many people are unaware that this was not true before there were minimum-wage laws, or even during years when inflation rendered minimum-wage laws ineffective, as in the late 1940s. Pricing young people out of work deprives them not only of income but also of work experience, which can be even more valuable. Pricing young people out of legal work, when illegal work is always available, is just asking for trouble. So is having large numbers of idle young males hanging out together on the streets.

When it comes to affirmative action, Jason Riley asks the key question: “Do racial preferences work? What is the track record?” Like many other well-meaning and nice-sounding policies, affirmative action cannot survive factual scrutiny. Some individuals may get jobs they would not get otherwise, but many black students who are quite capable of getting a good college education are admitted, under racial quotas, to institutions whose pace alone is enough to make it unlikely that they will graduate. Studies that show how many artificial failures are created by affirmative-action admissions policies are summarized in Please Stop Helping Us, in language much easier to understand than in the original studies. There are many ponderous academic studies of blacks, if you have a few months in which to read them, but there is nothing to match Jason Riley’s book as a primer that will quickly bring you up to speed on the complicated subject of race in a week, or perhaps over a weekend. As an experienced journalist, rather than an academic, Riley knows how to use plain English to get to the point. He also has the integrity to give it to you straight, instead of in the jargon and euphemisms too often found in discussions of race. The result is a book that provides more knowledge and insight in a couple of hundred pages than are usually found in books twice that length.

Unlike academics who just tell facts, Riley knows which facts are telling. For example, in response to claims that blacks don’t do well academically because the schools use an approach geared to white students, he points out that blacks from foreign, non-English-speaking countries do better in American schools than black, English-speaking American students. Asian students do better than whites in schools supposedly geared to whites. In all three of New York City’s three academically elite public high schools — Stuyvesant, Bronx Science, and Brooklyn Tech — there are more than twice as many Asian students as white students. So much for the theory that non-whites can’t do well in schools supposedly geared to whites.

On issue after issue, Please Stop Helping Us cites facts to destroy propaganda and puncture inflated rhetoric. It is impossible to do justice to the wide range of racial issues — from crime to family disintegration — explored in this book. Pick up a copy and open pages at random to see how the author annihilates nonsense. His brief comments pack a lot of punch. For example, “Having a black man in the Oval Office is less important than having one in the home.”

Check out this 20-minute interview with Jason Riley. 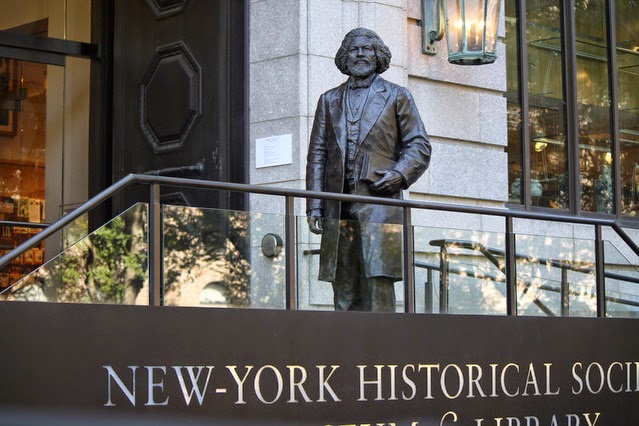 "If I were to preach at all in this strain, I should say rather, Set about being good... If I knew for a certainty that a man was coming to my house with the conscious design of doing me good, I should run for my life ..."

"There are a thousand hacking at the branches of evil to one who is striking at the root, and it may be that he who bestows the largest amount of time and money on the needy is doing the most by his mode of life to produce that misery which he strives in vain to relieve... Do not..be an overseer of the poor, but endeavor to become one of the worthies of the world."