LINGUISTIC AND COMMUNAL LOYALTIES OF THE MIDEAST AND CENTRAL ASIA: A THREE PART SERIES ON THE ARABS, PERSIANS, AND TURKS 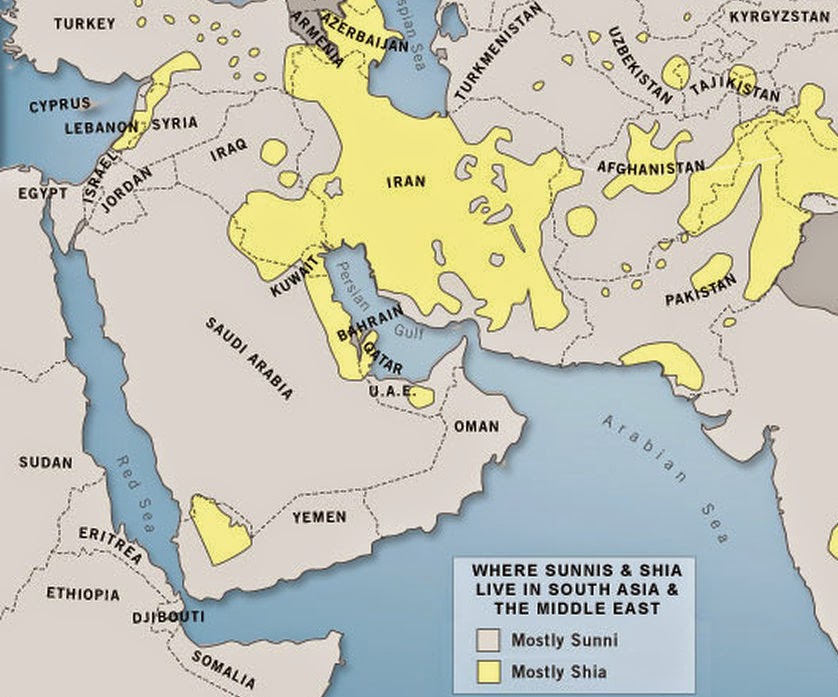 
The map, above, roughly depicts the areas of Shiite Muslim predominance in the Mideast and Central Asia. By tying this to a map of Persian languages (see map below), we come to appreciate Iran's place in the Islamic world. Recent events have proven that what concerns Saudi Arabia (and many US foreign policy experts) more than ISIS or Al Qaeda is Shia Islam. Despite the fact that Shiites make up only 10-15% of Islam, ten Sunni Arab states (Saudi Arabia, Egypt, Sudan, Jordan, Morocco, Kuwait, the United Arab Emirates, Qatar, Bahrain, and the former Yemeni government in exile) with US support have begun battling Shiites in Yemen, while Al Qaeda in the Arabian Peninsula takes hold of the eastern half of the nation. Meanwhile, Iraq and Syria continue to be overrun by the Islamic State; and General Petraeus has declared: "I would argue that the foremost threat to Iraq's long-term stability and the broader regional equilibrium is not the Islamic State; rather, it is Shiite militias."

The Saudi-led attack on the Shiites of Yemen is better understood, given the map above. Saudi Arabia fears a Shiite-controlled region inYemen. No one seriously thinks the Houthi could control all of Yemen which appears now to be permanently fractured like Syria and Iraq. The idea that the Houthi as Houthi or as an agent of Iran are a threat to Saudi Arabia's sovereignty is a smokescreen. The House of Saud sees them correctly as one of many enemies: Iraq, Lebanon, and Syria to the north; Iran across the Persian Gulf to its east and Bahrain on its own side of the Persian Gulf.  Saudi Arabia, with its low population and heavy Shia majority in its own oil-rich eastern Gulf coast, is certainly insecure.  Shiite Iran (and other Shiite governments in Iraq and Syria) are well aware of Sunni designs to topple their governments. They also know Israel and America favor regime change in Syria and Iran. That Saudi Arabia was able to gather a quick league of nations to assault the poorest Shiites in the region. The bombings and blockades smell of religious violence more than a restoration of political authority for the discredited ex-President Hadi. The Saudi-escalated involvement against the Shia government of Syria -- and the lack of Sunni Arab vigor in combating the Islamic State and Al Qaeda (both Sunni terror groups) -- are further signs that the Arab Spring has now morphed into the Salafist-Shia religious war.

While Sunni Arab states run generally westward from the Arabian peninsula throughout north Africa, Shia Iran and its Persian language is oriented eastward from the borders of Iraq, across Iran, and into Pakistan, Afghanistan, and Tajikistan. Each of these nations -- along with the Kurds -- speak a Persian-derived tongue. It is estimated that 150-200 million people speak one of 86 Iranian languages (e.g., Persian, Kurdish, and Pashto). Although Pakistan's dominant Sunni Islam puts it into the Arab Sunni camp in its relations to Iran, around 20% of Pakistan is Shiite, thus making it the second largest Shiite nation in the world after Iran with upwards of 30 million Shiites. (The Shiites of India have about the same number). Afghanistan is around 10%-15% Shiite, and Iran helped them and the US in toppling the Sunni-extremist Taliban government in 2001-2002.

Shia Iran is a gateway to central Asia and to its eastern Islamic neighbors. Given that Iran alone has access to the energy resources around both the Caspian and Persian Gulf -- as well as the fact that it could become an export hub for resources in landlocked Turkmenistan, Uzbekistan, Kyrgyzstan, and Tajikistan -- Iran should be cultivated as an ally in the region.

In the seventh century, the Christian Byzantines and Zoroastrian Sasanian Persian dynasty fought a long series of wars that left both exhausted and vulnerable. The two depleted cultures fell to Arab Islamic conquest. As we recall the Arab-Sunni-Wahhabi faction that struck us on 9/11 (which Iran condemned), let us not repeat that seventh-century foreign policy mistake in our own era. 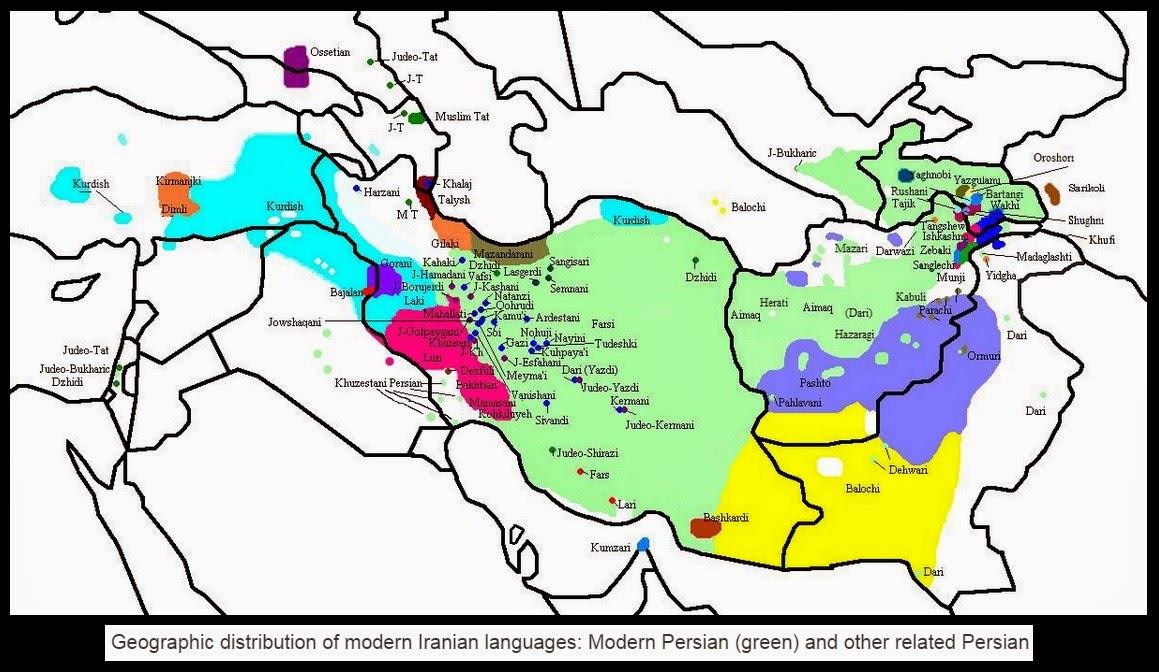 In our third and final part we turn  to the Turkic people of the steppe lands stretching across Anatolia to western China. Use the following link to read part one of this series.


This article first appeared on Anthropology of Accord on May 4, 2015.
Posted by Andrew Lynch at 6:00 AM