Sacred Scripture "cuts all the way through, to where soul and spirit meet"


In Miss Stowe's 1852 classic, Tom is being driven in a wagon to be re-sold at auction. The slave trader is congratulating himself on his merciful nature in limiting the fetters to Tom's feet. 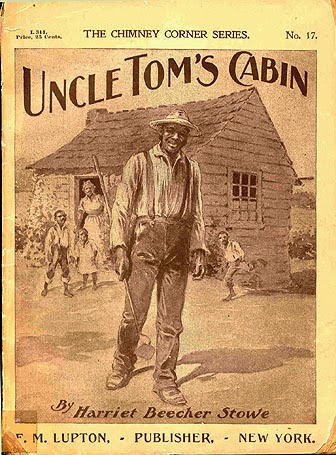 "As to Tom, he was thinking over some words of an unfashionable old book, which kept running through his head, again and again, as follows: 'We have here no continuing city, but we seek one to come; wherefore God himself is not ashamed to be called our God; for he hath prepared for us a city.'  These words of an ancient volume, got up principally by 'ignorant and unlearned men,' have, through all time, kept up, somehow, a strange sort of power over the minds of poor, simple fellows like Tom. They stir up the soul from its depths, and rouse, as with trumpet call, courage, energy, and enthusiasm, where before was only the blackness of despair."

UPDATE:  Corrie ten Boom was a survivor of Ravensbruck -- a German concentration camp north of Berlin. Her sister, Betsie, died there in 1944. (Another woman who lived to tell of her experience at Ravensbruck was Fiorello LaGuardia's sister Gemma).


"As for us, from morning until lights-out, whenever we were not in ranks for roll call, our Bible was the center of an ever-widening circle of help and hope. Like waifs clustered around a blazing fire, we gathered about it, holding out our hearts to its warmth and light. The blacker the night around us grew, the brighter and truer and more beautiful burned the word of God... 'Nay, in all these things we are more than conquerors through him that loved us.'
"... It was not a wish. It was a fact. We knew it, we experienced it minute by minute -- poor, hated, hungry... Not 'we shall be.' We are! Life in Ravensbruck took place on two separate levels, mutually impossible. One, the observable, external life, grew every day more horrible. The other, the life we lived with God, grew daily better, truth upon truth, glory upon glory.
"Sometimes I would slip the Bible from its little sack with hands that shook, so mysterious had it become to me. It was new; it had just been written. I marveled sometimes that the ink was dry."