Ted and Carly, McCain and Palin -- Why the Republican Establishment lost the Culture War


Most folks recognized that Ted Cruz naming Carly Fiorina as his running mate was an act of desperation. A week later they left the race together.

There was an odd but familiar ring about the couple. It was mindful of the American Catholic Bishops Conference pushing forward a nun as their spokesperson. Or John McCain, that old maverick, putting Sarah Palin next in line as commander-in-chief. For Mrs. Fiorina, she introduced herself by singing lullabies which she had previously sung on the campaign bus for Senator Cruz’s children. If that wasn’t enough embarrassment, at one of their last rallies, she suddenly fell off a public stage and Mr. Cruz just kept on waving and shaking hands. 'Male Protector' was not his theme. "Awkward and out of place" was hers.

What is it about Republican conservatives and women? Ronald Reagan gave us Sandra Day O’Connor as a Supreme Court justice because his daughter asked. President Ford signed on to destroy the all-male character of our service academies to show how progressive he was with the blessings of his new breed Republicans: Don Rumsfeld and Dick Cheney. When Republicans find an elegant woman like Nikki Haley or Condi Rice -- they turn themselves absurd by suggesting she should be commander-in-chief of our military. When registering females in the Selective Service was broached at a Republican debate, Jeb Bush and Marco Rubio pushed aside 300 years of colonial, state, and federal tradition and pushed their daughters to the front of the line. 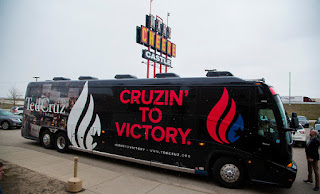 One of the earliest descriptions of Christians in Roman times was that "Christians do not expose their children. They share at their tables but not in their beds." There is a table of brotherhood that Martin Luther King once dreamt about where the sons of slave-owners and the sons of slaves would sit together. Someday, he thought, men might share our common duties as men around that table and across the color line. He could see the American fraternity on the red hills of Georgia. But the dream of brotherhood turned nightmare when confronted with the huge inflated balloon figure of the white feminist demanding her rights. The feminist queen bee -- the mother who has the right to kill her own children -- demanded the table of brotherhood include her or be broken into kindling wood. The Republicans flinched and brought their wives and daughters into the club.  While the feminists took over the Democratic party behind the male leadership of baby boomers Bill Clinton and Barack Obama, the Republicans became the party of stuttering men. They granted the hungry careerists every inroad that destroyed the male protective circle at the center of political agreement and the American nation. Even the all-male local Rotary club was outlawed. There is no table of brotherhood left to integrate. Unbelievably, as the male table was disassembled, a strange male bed was sacramentalized and no judges were impeached. Mother duty and masculine soldier duty are cut of the same religious cloth of sexual duty and sacral obligation. To rip up one is to negate the other.

When David offered to fight Goliath for Israel, King Saul offered him his armor to wear for the battle. But David was a shepherd -- he relied on agility and five smooth stones to take down his foe. He could not wear the armor of another king... already disgraced and so very different from him. He had to fight as the anointed one with his own weapons and garments. When will Republicans stop donning the armor of Saul? The fight for life has a formation that God ordained for protection: the public male group and the female domicile. Politics is the art of leading and evoking that male protective group into carrying out our common duties. We have to stop bowing to the feminist myth that male military and political groups are stronger when you insert a woman in the band of brothers.