Ash Wednesday: a few thoughts on Inquisitions and Penitentiaries 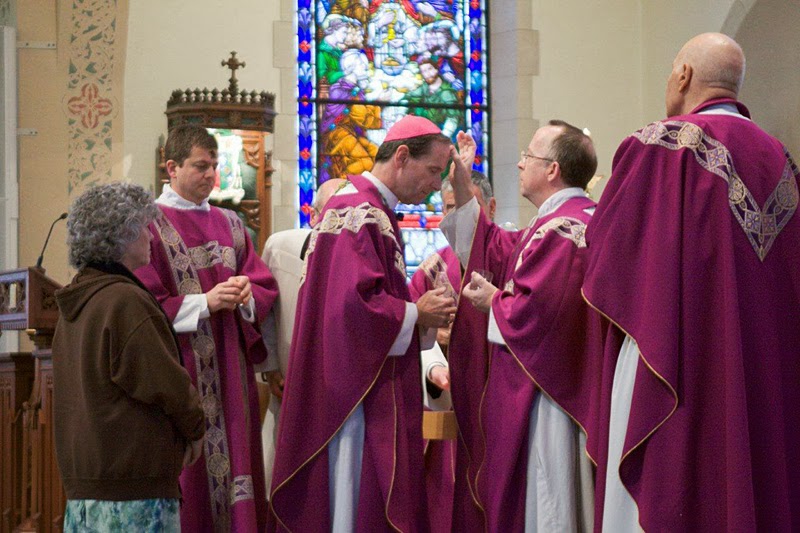 An interview with Dr. David Pence:

We've come round to another Ash Wednesday. Do you remember how Father Neuhaus [the late founder of First Things magazine] referred to the American bishops' response to sexual abuse as "The Long Lent of 2002"?

The American bishops and their fraternity of priests never had a long Lent or any Lent at all! Lent is confession of sins, repentance, reparation, and reform. There has been no real confessing of sins nor repentance nor judgment and punishment of any group of bishops or priests inflicted by churchmen on churchmen. Newspapers have exposed and courts have punished, but the Church herself has not acted to purify the priesthood by her own standards.

You contend that Church leaders have to use ecclesial institutions to punish priests who have offended. Why does it seem that nowadays if an evil priest hasn't been convicted in a criminal court, we shower him with "disability pay" and other perks?

Reform in a hierarchical Church comes from the Pope and bishops, but each in his own place. Diocesan reform will be initiated by a particular bishop who has a critical mass of priests with him ready to truly purify an existing diocesan prebytery. The reform of bishops will require another mechanism, but it will be more local and synodal than papal. Just like we need model saints who inspire all of us, bishops need a model bishop to clean not the whole world but a particular diocese. A bishop who wants to lead the bishops of his nation and the Church must put his net down right where he is -- and reform his local presbytery. The diocese will be the locus of the deepest reform.

All reform will start with a true aggressive investigation and assessment of priests. This can be carried out by a well-known Catholic instrument: the Promoter of Justice. This man must look much more like Eliot Ness searching for the trails of crime than an ACLU lawyer insisting on Miranda rights. This is what once was called an INQUISITION. An aggressive questioning in pursuit of real justice for the Church which means unfaithful, sacrilegious, and immoral priests are pursued, confronted, judged, and punished. Professor Mirus does a good job of explaining this in a recent column.

Offenses against the Creed, the Sacramental/Liturgical Order, and Morality are the standards by which bishops must purify the priesthood. These are sections of our Catechism. No court of law will uphold these standards. No secular newspaper will be outraged at a breach of these duties. The Church has a legal system and a demanding code of conduct. Pope Benedict, in an interview in 2010, talked about the role of punishment in church governance:


"The Archbishop of Dublin told me something very interesting about that. He said that ecclesiastical penal law functioned until the late 1950’s. Admittedly it was not perfect -- there is much to criticize about it -- but nevertheless it was applied. After the mid sixties, however, it was simply not applied anymore. The prevailing mentality was that the Church must not be a Church of laws but rather a Church of love; she must not punish. Thus the awareness that punishment can be an act of love ceased to exist. This led to an odd darkening of the mind, even in very good people.

Today we have to learn all over again that love for the sinner and love for the person who has been harmed are correctly balanced if I punish the sinner in the form that is possible and appropriate. In this respect there was in the past a change of mentality, in which the law and the need for punishment were obscured. Ultimately this also narrowed the concept of love, which in fact is not just being nice and courteous, but is found in the truth. And another component of the truth is that I must punish the one who has sinned against real love."


(ADDENDUM AUGUST 2018
A description of the liturgical rite of by which a bishop was degraded of his office.  Benedict XIV promulgated this ritual in 1862)

Explain your notion of how we provide for these priests according to canon law, while having them live a life of penance. And what is this about donning a distinctive cowl?

We hear that canon law requires that the local diocese must "provide" for all priests. "It's simply justice," they say. Well, fine... let's be serious. Get a building, and provide housing and simple food while requiring prayer and labor. They should wear a distinctive garb showing they are penitents, and special markers if they are sexual predators. This is meant as punishment. It is meant as reparation -- and if a priest will not comply -- then his disobedience is grounds for laicization. Criminal priests are exploiting their clerical state and playing on the interests of their superiors in preserving an employment entitlement program. The idea that these guys are on a voucher system which we owe them, is a sham perpetuated by clerics who see the priesthood as lifetime employment. This is how the previous vicar general, Fr. McDonough, sounds in most of his pronouncements on these questions -- he was an unholy blend of urban ward-heeler, union steward, and defense attorney.

No reform in any diocese could bolster the worldwide church more than instituting a real place of penance and public acknowledgement of betrayal by predator priests. This reform must be enacted by a local bishop; it cannot be a papal reform. The pope knows what we all know.  Local bishops must govern; and to govern is to punish when crimes are committed. Abbotts too. A place like St John’s Abbey [in Collegeville, Minnesota] should immediately require a clear and distinctive garb for all monks under restriction. St Benedict in his original Rule provided a multitude of ways to distinguish monks following the Rule and those being disciplined.

The Church did not sin. Men sinned, and individual men should do penance -- not Holy Mother Church, who Herself has been besmirched.


What is your reaction to the comments of Fr. Kevin McDonough in this recent news story at MN Public Radio? How could the vicar general thoroughly delude himself that a pastor -- arrested separately for trolling for young men in a public park and in a bookstore -- posed no danger to the boys in his parish?

Father McDonough throughout his career has run interference for the huge homosexual subculture in the St Paul Seminary system and the local priesthood. This most notably included his homosexual priest brother who was teaching seminarians “the gift of gay celibacy” decades ago. It is an axiom in the Catholic gay subculture that homosexuals are no threat as pedophiles. (It was a corollary that they made better priests because of their sensitivity and non-interest in football, war, or any male group effort to organize the protective use of force). That is why McDonough remains so adamant to this day that "there was no evidence Curtis Wehmeyer was a threat to children." For Father McDonough, stubbornly not "outing" the homosexual proclivities of a predator took precedence over protecting young males.

The corrupting role of an influential secretive "gay subculture" in a priesthood -- whose most fundamental oath is tied to a purity code -- is the story that the vicar general kept hidden for decades, and that our secular newspapers still can't quite figure out how to tell. The Church will properly practice Lent when a bishop takes his priests behind closed doors as individuals and as a group, and institutes a program of priestly purification which must include aggressive questioning (call that the Inquisition) and just punishment for the sins of omission and commission which have corrupted the fraternity (call that the Penitentiary). We could call that a good Catholic Lent.


If a Catholic is completely fed up with the decadent rot of the Petrine face of the Church -- almost tempted to flee -- how should he fight that?

He must focus on that reality of the Church which has never sinned. The Marian Church is still pure. The Church herself has been defaced and dragged through the mud, but still she is holy. Churchmen have sinned, not the Church. Ponder the heart of Mother Church. Do what the devout women did during the 1970s: they kept alive the adoration of the Eucharist while trendy seminarians ridiculed the “wafer worshipers." The spotless Church and her corrupted priesthood has the Eucharist; and we must eat to live.

The Church has the Spirit, and He will reform the Church. The Ark has a noxious stench, and a lot of the present crew are cowards or worse, but we can’t jump the Ark. It was built at too high a price. Look outside before you jump; the Flood waters are even worse.