Confucius (the Chinese call him Kongzi) lived 500 years before Christ. His teachings still influence almost a quarter of the earth's population. 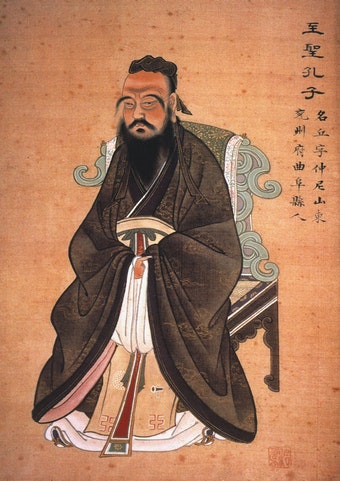 "Of all virtues, filial piety is the first."
(ancient Chinese saying)

What did Confucius call the most important relationship in a society? That between father and son.

"... no single Confucian teaching has been drummed more persistently into East Asian minds over the past 2,000 years than the sage's vision of the ideal family... Confucius forged a very strict pattern of hierarchical relations within families... The well-regulated Confucian family is built on the concept of filial piety, or xiao. Confucius believed if you were a child who revered your parents, you would also be a loyal citizen, an honorable gentleman, and a devoted spouse." 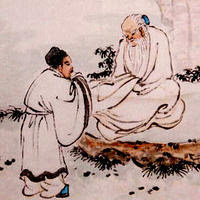 Chairman Mao despised Confucius. He "launched the most concerted assault on Confucius in Chinese history... A society once dominated by the great sage became ignorant of the man, his ideas, and his moral mission. Ceremonies venerating Confucius that had been a routine feature of Chinese life for almost two millennia were banned...

Now, with Mao's influence on the wane, China has come back to its senses. Its recent leaders are stressing tradition and the need to learn from Kongzi.

"If a man takes no thought about what is distant, he will find sorrow near at hand." – Confucius

UPDATE: Speaking of the centrality of the Father/Son relationship, ponder once again the words of our Lord in the Gospel of St. John (chapter 14):