To travel the state of Missouri is to bump into wonderful paintings and murals. One of the top artists who made that possible is Thomas Hart Benton (1889-1975). 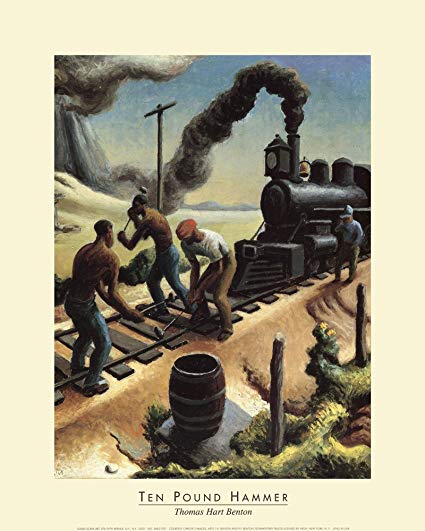 Thomas' father, Maecenas, was a Missouri congressman. [The great-uncle of Maecenas was Thomas Hart Benton, a military aide to General Andrew Jackson; he later became the first man to serve five terms in the U.S. Senate]. 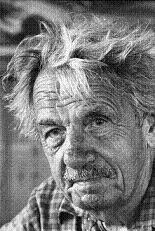 Thomas, full of vim and vigor, grew up in the the southwestern corner of Missouri. This "re-created" conversation gives an entertaining sense of the man, who always retained a bit of Tom Sawyer rascality.

He honed his craft in Chicago, Paris, New York, and while serving as a sailor during World War I. He called his Navy stint "the most important thing, so far,  I had ever done for myself as an artist."

"By shifting attention away from New York and towards the Midwest, Thomas Hart Benton expanded both the scope of possible artistic subject matter, and the potential public for American art."

Scornful of big business and big banks, he was also not afraid to denounce the heavy homosexualist influence within the art world.


UPDATE: Take a look at the mural that Mr. Benton painted in the Harry Truman presidential library at Independence (ten miles east of Kansas City). The two men came to greatly respect one another, although Mr. Truman retained his suspicion of much of modern art. He called it " 'ham and eggs' art, which meant you throw an egg at the wall and smear it around with a piece of ham."