On April 30, 1916, Germany and Austria introduced the first Daylight Savings Bill to reduce the evening use of lamplight fuel during the Great War. This resetting of clocks was to better harmonize man’s calculation of time with the physical experience of daylight in the summer months of the Northern Hemisphere.

On December 25th of every year, there is a world-wide resetting of our spatial-temporal and emotional clocks to an axial experience in the story of man. Every nation looks to Bethlehem, and remembers that in the time of Augustus Caesar a new Adam came to light their way. Our calendars pivot from B.C. (before Christ) to A.D. (annos Domini: the years of the Lord.) In the midst of that blessed night the Incarnation of Our Lord, which for months had been hidden in Our Lady, was made manifest to the Jewish shepherds of Israel. Days later the manifestation ('epiphany') would be experienced by the searching men of the Gentiles. It was a day that reordered the palette of human feelings by elevating joy in God’s presence over all the other emotions. The child in a crib reorganized the physical world bending a star toward Bethlehem to signal that all of matter had a new center of gravity.

Let angels and men sing the Good News – that the Creator of heaven and earth has come to pitch his tent among us. Let us rejoice and be glad. Let us never shrink this day that takes a season to celebrate into "all about family." To be sure families congregate to share the joy and awe but this is a cosmic feast day-an event for humanity.   The true Age of Enlightenment is upon us and our calendars proclaim the new beginning. 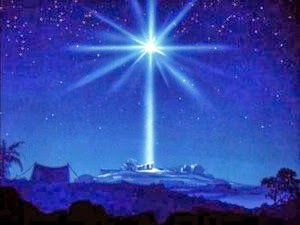 N.T. Wright on the word made flesh.

Chesterton on Christmas from The Everlasting Man.


And finally, from Dale Ahlquist and the American Chesterton Society --


Why is celebrating Christmas an act of defiance?

We should not be surprised that Christmas is controversial. After all, as G.K. Chesterton points out, the word consists of the two most controversial and divisive words in the world: Christ and Mass. And so, in a culture that is increasingly anti-Christian, and especially anti-Catholic, we can expect that celebrating Christmas is going to be counter-cultural.

But we are not celebrating it in order to defy the culture. We are celebrating it because we are happy. We commemorate a joyful event, and we commemorate it joyfully. Of course we will sing and pray and worship. We will also eat and drink and laugh. But the celebration is still an act of defiance. What we are defying, however, is much bigger than our current culture. It goes back much further. It goes back to Pagan times.

“Why, course!” you say. “The pagans didn't like Christianity, and so naturally, celebrating Christmas was an act of defiance against the ancient pagan culture.”

“What?” you ask, slightly startled.

You heard me. Chesterton says it is the one celebration that survives out of all the ancient festivals that once covered the whole earth: “Christmas remains to remind us of those ages, whether Pagan or Christian, when the many acted poetry instead of the few writing it.”

“What?” you ask again, because you have no idea what that means.

I will try to explain, and I will keep quoting Chesterton, who says there is in this old festival something that is both Pagan and Christian: “... that trinity of eating, drinking and praying which to moderns appears irreverent, the holy day which is really a holiday.”

You still seem puzzled, so you ask: “Are you saying Christmas is a Pagan celebration? That the Christians simply borrowed it from the Pagans?”

No, that's not what I'm saying. The Christian meaning of Christmas is certainly not borrowed from anywhere. It is unique. We believe that a virgin gave birth to God Incarnate, that the divine babe was worshipped by angels and shepherds and eastern kings, that he came into the world to save the world from the eternal self-destruction of sin. It was this good news that changed the Pagan world forever. How did it change? It became Christian.

But the celebration of Christmas, a feast that has continued for two thousand years and has spread across the world like light from heaven, has fulfilled a need that men have had for at least the two thousand years that preceded it, that continued through the next millenia after it as the Gospel spread to lands where similar feasts were held in the names of gods who are now no more than footnotes. The feast remained after the Pagan gods were gone. It became the Christmas feast, but the feast itself had an important meaning that also remained even after it was christened.

No, I respond. I will have Chesterton explain: “Christmas occurs in the winter. It is the element not merely of contrast, but actually of antagonism. It preserves everything that was best in the merely primitive or pagan view of such ceremonies or such banquets. If we are carousing, at least we are warriors carousing. We hang above us, as it were, the shields and battle-axes with which we must do battle with the giants of the snow and hail. All comfort must be based on discomfort. Man chooses when he wishes to be most joyful the very moment when the whole material universe is most sad. It is this contradiction and mystical defiance which gives a quality of manliness and reality to the old winter feasts which is not characteristic of the sunny felicities of the Earthly Paradise.”

A feast in the middle of winter is defiant of the winter. A fire blazing indoors is defiant of the cold world outside. It is a bold act of faith to have such when the circumstances are completely against it. It represented hope on the part of Pagans. It represents fulfillment on the part of the Christians, for Christ has come. And it is fitting that Christ should come in our “bleak midwinter.” He is the light that comes into a dark world. He is the hope that comes in the middle of despair. The lonely world has been crying out for him. And he has come. His name is Emmanuel. God is with us.

The darkness has not overcome the light. The brute cold has not quenched the flame. So of course we celebrate. And the celebration itself has warmed the whole world. Even the newly-polished pagans and the half-hearted heathens of the modern world, who avoid Christ, cannot help celebrating with the Christians at Christ's birth. They want to join the winter feast rather than pretend to prefer the cold. Christmas is lovable, and they know it. Love and joy come to you, and to you a wassail, too. 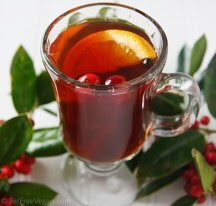