December 3: Saint Francis Xavier--Completing the Body of Christ in the East

Francis Xavier was among the original companions of Ignatius Loyola. They had a different view of male fellowship in their beginning. Instead of  "small group accountability self help sessions" or even worse the affectionate perversions of spousal friendships, the 16th century brothers in Christ took the globe and divided it among themselves for the Kingdom. Xavier was sent to the East.


In India he wrote:

"Many people hereabouts are not becoming Christian for one reason: because there is nobody to make them Christians. Again and again I have thought of going around to the Universities of Europe , especially Paris, and everywhere crying out like a madman riveting the attention of those with more learning than charity: "What a tragedy; how many souls are being shut out of heaven and falling into hell, thanks to you."

After his work in India, roughly five centuries ago, Francis Xavier stepped ashore the southern port city of Kagoshima.  The Gospel had arrived in the Land of the Rising Sun.

Francis was enchanted by the people: “It seems to me that we shall never find…another race to equal the Japanese.”

From a letter that the Basque saint wrote to his fellow Jesuits back in Europe:


“The Japanese doctrines teach absolutely nothing concerning the creation of the world, of the sun, the moon, the stars, the heavens, the earth, sea, and the rest, and do not believe that they have any origin but themselves. The people were greatly astonished on hearing it said that there is one sole Author and common Father of souls, by whom they were created. This astonishment was caused by the fact that in their religious traditions there is nowhere any mention of a Creator of the universe. If there existed one single First Cause of all things, surely, they said, the Chinese, from whom they derive their religion, must have known it. For the Japanese give the Chinese the pre-eminence in wisdom and prudence in everything relating either to religion or to political government. They asked us a multitude of questions concerning this First Cause of all things; whether He were good or bad, whether the same First Cause were the origin of good and of evil. We replied that there exists one only First Cause, and He supremely good, without any admixture of evil.”


The Japanese who did come to embrace the fullness of the Faith were remarkable in never flinching at the “cost of discipleship.”      Our review of the chilling novel of Japanese Christianity, The Silence.   The unique view of Singapore's  Rev. Dr. Simon Chan on Christianity and evangelizing Asia-  Grassroots Asian Theology         Our Review. 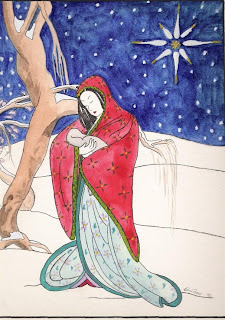 The definitive authority on the interplay of Catholicism and Japanese national culture  is Professor Kevin Doak. Our review of Japan's Holy War by Walter  Skya on the sacral nature of Japanese Shintoism.

Pope Francis has a very Jesuit approach to the great eastern nations including China. He is not betraying the Church in China.  Just as the Church must breathe with both lungs and reconcile with Eastern Orthodoxy so the Body of Christ is incomplete without humanity's elder brother of China, and the other great civilizational nations of the East--  Japan, Vietnam, and Korea.  There is no better feast day to look seriously at true reconciliation of our nation with these great civilizational national cultures.  There are all sorts of candidates running for the American Presidency stoking enmity with Russia, Iran or China.  If there is enough hatred and fear, Americans might think we need the pugnacious leadership of a Niki Haley or Marco Rubio  to protect us from these perils. On this feast day let us remember the  Jesuit missionaries and especially Francis, the missionary of the East, who sought to draw men into Christian fraternity not Darwinian war.
Posted by Farmer at 2:10 AM