August 5: Dedication of Basilica of Mary -- Celebrating Virgin and Mother 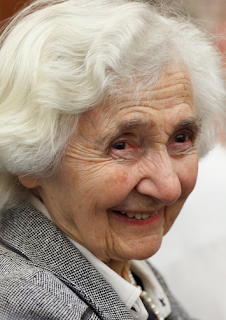 Some people consider you a Christian feminist. How do you understand feminism?

To distinguish myself clearly from Simone de Beauvoir's powerful and poisonous book, The Second Sex, I would not call myself a Christian feminist but a champion of femininity. The sublime beauty of the female mission as virgin, wife or mother has been so degraded that I felt a calling to shed light on "the privilege of being a woman," which is also the title of one of my books.

Of all creatures mentioned in Genesis, Eve is the only one whose body is taken from the body of a person; even Adam's body was taken from the "slime of the earth." She is declared by Adam to be the "mother of the living." He is not called the "father of the living." When Eve gives birth to Cain, she ecstatically says: I have brought a child into the world with God's help. Adam, the biological father, is not mentioned. Eve proclaims that the child's soul—which is made to God's image and likeness—is placed by God himself into her body. God, so to speak, "touches" the female body and in so doing gives it a note of sacredness.

The duel which takes place between the Woman and the Serpent, not between "the strong sex" and the Serpent, hints at the crucial role of women in the economy of redemption. The most perfect of all creatures, queen of the Angels, is a woman—not a man. It is high time that women should humbly acknowledge that they are privileged to be women.

The Feminine Breaking of the Glass Ceiling : The Assumption of Mary 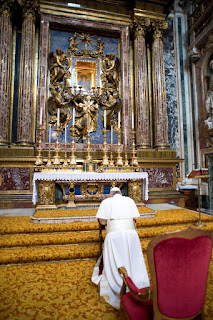