NOVEMBER 22 -- The Maturation of Christian Manhood: John Kennedy and the Spiritual Destiny of Nations

"A word is not the same with one writer as with another. One tears it from his guts. The other pulls it out of his overcoat pocket."
(Charles Peguy)

A half-century ago, on the feast of Saint Cecilia, an armed atheist assassinated the first Catholic President of Christian America. It was a well-aimed blast. Those ringing shots of death silenced the voice of an elected Knight who was calling his nation and other nations into an articulate and armed defense of the ordered liberty that is the hallmark of Christian civilization. 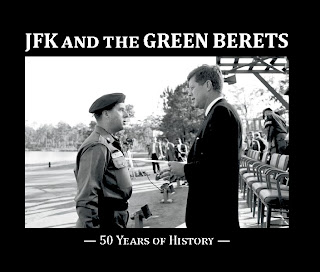 John Kennedy was a masculine liberal. He went forth to lead the land he loved, knowing that establishing a just political order amidst the nations was an assignment that God had given the laymen of the Church that claimed him since infancy. Deep in his heart, in his mind, and in his soul he understood that our shared identity as Americans was built on a band of brothers who had fulfilled a sacred obligation. When he spoke, the timbre of his voice called men into that band of brothers. Women cheered that such a bond would protect them.

When he spoke in 1960 to the Houston Ministerial Association on the religious question, he turned their eyes outward to the atheist menace that threatened Protestant and Catholic alike in our shared nation under God. He reminded them there was a military oath that secured religious liberty in the dangerous world of tyrants and the mass armies of paganism. That same military oath drew together Catholic and Protestant men at the Alamo. Only the record of their last names would attest their ancestral faiths, for "there was no religious test at the Alamo." It was this brotherhood of battle that Washington had hoped would leaven the national feelings of affection among Americans. It was such bonds that Lincoln proposed as the sinews of a new nation baptized in the bloodshed of Gettysburg. It was such bonds that the patriarch Abraham marked in that first shedding of male blood to forge a public. All nations were blessed in Him when he fathered the masculine covenant that sustains every nation.

On that day in Houston, Kennedy reminded the religious men of duty who gathered to hear him that he, his fallen brother, and they were bound by a common civic duty. He offered himself to fill the office, which would govern the military brotherhood, which secured their liberty as ministers to fulfill their religious obligations to God. He ended his oration reminding his listeners that the presidency was an oath, and he had taken oaths before -- "so help me God."

A decade before his speech to the Protestant ministers, Kennedy explained his understanding of the person, national loyalty and the Kingdom of God to students and faculty at Notre Dame.

“You have been taught that each individual has an immortal soul, composed of an intellect which can know the truth and a will which is free.  Because of this every Catholic must believe in the essential dignity of the human personality on which any democracy must rest… A Catholic’s dual allegiance to the Kingdom of God on the one hand prohibits unquestioning obedience to the state on the other hand as an organic unit.”

Five months before his assassination, Kennedy demonstrated his providential view of the role of nations in the destiny of mankind during his visit to Ireland. 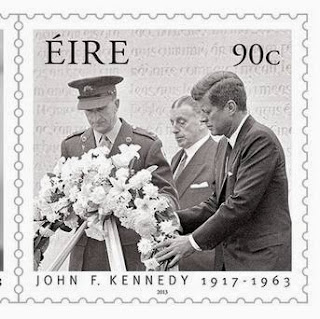 “For the Ireland of 1963, one of the youngest of nations and the oldest of civilizations, has discovered that the achievement of nationhood is not an end but a beginning. In the years since independence, you have undergone a new and peaceful revolution, an economic and industrial revolution, transforming the face of this land while still holding to the old spiritual and cultural values…


"Self-determination can no longer mean isolation. No nation, large or small, can be indifferent to the fate of others, near or far. Modern economics, weaponry and communications have made us realize more than ever that we are one human family and this one planet is our home.

"The world is even smaller today, though… across the gulfs and barriers that now divide us, we must remember that there are no permanent enemies. Hostility today is a fact, but it is not a ruling law. The supreme reality of our time is our indivisibility as children of God and our common vulnerability on this planet.

"Some may say that all this means little to Ireland... It may be asked, how can a nation as small as Ireland play much of a role on the world stage?

John Kennedy as a Catholic man of the Irish tribe integrated the male citizenship of powerful and accomplished Anglo-Saxon Protestant America. He furthered this integrative work by proposing immigration reform no longer linked to racial ancestry quotas. He, slowly but then surely, argued the case for racial integration. Like Eisenhower before him, he sent federal troops to save black students from the fury of the huge popular protest movements against integration. The first cries of “power to the people” against authority in the 1960s were white mobs opposing integration.

Catholic Kennedy had argued that public offices could have no religious test. In his televised address to the nation on civil rights he proposed that America could not fight tyranny abroad if it was not colorblind at home. “We are confronted primarily with a moral issue. It is as old as the scriptures and is as clear as the American Constitution… I want to pay tribute to those citizens North and South who have been working in their communities to make life better for all. They are acting not out of a sense of legal duty but out of a sense of human decency. Like our soldiers and sailors in all parts of the world they are meeting freedom's challenge on the firing line, and I salute them for their honor and their courage.”
Always he spoke of honor, courage, and shared duty.

That November when he died had begun with the assassination of two Catholic brothers who were fighting for their Asian nation in the struggle against the armed atheism of state tyrannies. On All Souls Day the president of South Vietnam, Ngo Dinh Diem, and his brother Ngo Dinh Nhu were assassinated in a military coup inflamed by newspaper reporters, and instigated by the new US Ambassador and members of our State Department. The CIA, the US military, and the Catholic Attorney General opposed the killing. President Kennedy mismanaged the rift in his government leading to the killing he called "abhorrent." The Mandate from Heaven was removed from both Catholic Presidents that month of the dead in 1963.

John Kennedy, like King David, marred his public life by sins of infidelity. Like King David he wept at the death of an infant son; and like David, his older son would die hanging between heaven and earth. He paid for his sins against marriage with the deaths of his male heirs. He paid for his betrayal of his Asian Uriah with his own death by the hand of their common atheist foe.

An ancient Roman liturgy, which he attended on Sundays and Days of Obligation, shaped John Kennedy. He knelt to pray and went to auricular confession. He lit candles in churches all over the world for the soul of his brother killed in a naval plane crash over the English Channel. He saw religion as a public duty to the Sovereign of the nations. He saw the nation as a brotherhood of protectors, and he understood an alliance of nations as the agents of History. He had a deep Catholic sense of humanity as one, and a sailor’s view of the earth as a small ship upon the sea of the universe. He knew what Nikita Khrushchev knew and Mao Tse-tung did not appreciate. He knew nuclear war must be prevented. He also knew what both of them knew: that there was a great conflict about how mankind should be organized. He wanted the flourishing of free nations under God. The Communists would use "national fronts" to re-institute the Tower of a Globalist Atheist Babel, which needed no god and would in time dispense of the churches, nations, and families.

A hero like Kennedy has many descendants who claim his name but few men who share his heart. He tried to replace the overwhelming technology of Mutually Assured Destruction (MAD) with Special Forces of men who would fight on the ground and win the hearts and minds of the new national leaders of Africa, South America, the Mid-east and Asia. He would replace the fleets of nuclear bombers with Green Berets and helicopters for security; and the Peace Corps and water wells for infrastructure and education. Launching unmanned drones inside Muslim nations and bombing the Orthodox cities of Serbia as a substitute for foot soldiers countered his legacy.

He was no stuttering king in the war against the armed atheists of state tyrannies. Archbishop Philip Hannan, the combat veteran who gave JFK’s funeral homily, built it on Kennedy’s Scriptural syntax. The celibate combat bishop and the biblical fighting liberal are men our nation needs again. Their world was one of embedded un-chosen obligations, marked by protective duties assigned by gender, and priestly piety and purity proclaiming the supernatural order. On this feast of the virgin martyr, whose sweet life made her the patron of music, let us remember the warrior king who made words beat to move the hearts of his countrymen:

“And so, my fellow Americans, ask not what your country can do for you, ask what you can do for your country. With a good conscience our only sure reward, with history the final judge of our deeds, let us go forth to lead the land we love, asking His blessing and His help but knowing that here on earth God’s work must truly be our own.”